Judicial accountability must be dealt with swiftly 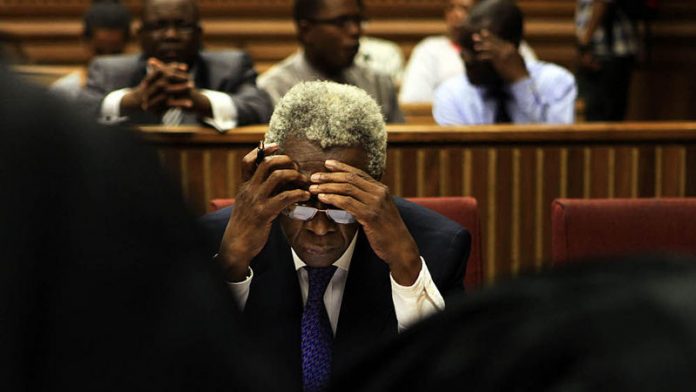 Twenty years ago, when South Africa became a democracy, it embraced a model of government that gave the judiciary a crucial role in the transformation of the social and economic landscape, which had been ravaged by three centuries of racism.

Because the law had been the way by which apartheid was structured, the law would now play the diametrically opposite role of sweeping away racist practice.

The judiciary was given awesome powers of constitutional adjudication. It could overturn legislation passed by a democratically elected legislature and supervise the conduct of executive power. So, understandably, the issue of the accountability of judges, possessed with an instrument as powerful as a constitutional review, becomes an important principle.

Within the past week, two widely reported issues must give us pause.

First, there is the debate about the norms and standards that Chief Justice Mogoeng Mogoeng has, commendably, been so determined to introduce. That issue has been discussed previously in this column; suffice it to say that a set of norms and standards is manifestly a move in the direction of an accountable judiciary.

It is the second of the issues that raises the accountability of judges yet again. Following the challenge to the Judicial Service Commission Act by Constitutional Court justices Bess Nkabinde and Chris Jafta, after they were required to testify before the judicial tribunal dealing with the long-standing complaint against Western Cape Judge President John Hlophe, it is now reported that two other hearings dealing with serious complaints regarding judges are to be postponed.

Recall that the challenge brought by the two Constitutional Court justices was to section 24 of the Act, which empowers the presiding officer of the hearing to appoint a member of the National Prosecution Service (NPA) to lead evidence at a hearing called to determine a complaint against a judge.

It is argued that, by using a member of the NPA as an evidence leader, the principles of separation of powers and judicial independence have been compromised. Following this development, Judge Nkola Motata and Judge Ntsikelelo Poswa have used this issue as a reason for a postponement of the hearings into the serious complaints made against them.

In Motata's case, the complaint goes back to 2008, when he was charged with drunk driving. He now faces charges relating to the employment of a defence in his criminal trial that he knew to be false and the use of racist language. These are extremely serious charges and, correctly, the presiding judge at the hearing, Deputy Judge President Achmat Jappie, said that it is in the interest of Motata and the public that the matter be concluded as soon as possible.

Similarly, Poswa, who together with two colleagues is charged with a failure to deliver judgments for an inordinately long time, has taken the approach that his hearing must be postponed until the constitutional issue raised in the Hlophe matter is determined.

But that is unlikely to be decided quickly. It has been suggested that the matter be determined expeditiously by the Constitutional Court, but there must be serious doubt as to whether the court could hear an application brought by two of their own. So the Jafta-Nkabinde application will be heard in the high court, and then it is probable that the Supreme Court of Appeal will be required to hear an appeal from the losing party. So, to take the hearing against Motata, events that occurred in 2008 will probably take another two years to be determined.

That brings us back to the principle of accountability and the important initiative of strengthening this by way of judicial norms and standards.

Judges, like all who live here, have full entitlement to insist that the rule of law is meticulously followed in the conduct of such an important hearing but the fact remains that serious allegations remain undetermined after about six years. Questions of judicial integrity and expeditious delivery of justice lie at the heart of the enterprise to ensure that all judges are accountable to an open and transparent code of conduct. When complaints of such a serious nature are brought, and considered of sufficient weight to cause a disciplinary hearing to be instituted against a judge, it is surely in the interests of the judiciary, as a key institution in the delivery of substantive democracy, that, however rare these complaints might be, they are decided quickly.

One can only hope that these three cases are representative of the past that the chief justice, through these norms and standards, is so determined to end.

Motata misconduct tribunal to get under way at last