Academic privilege is a grey area 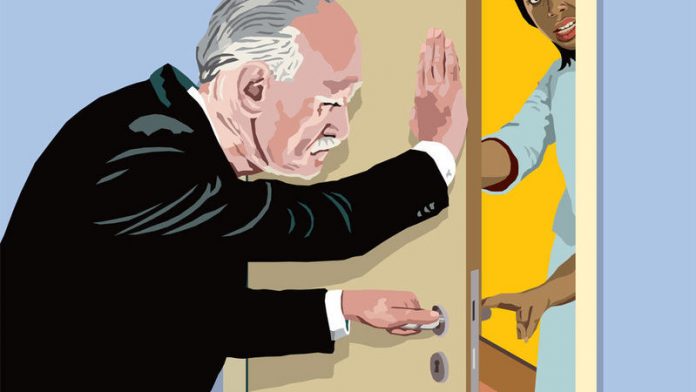 The problem of developing new cohorts of academics is almost entirely unaddressed in the policy documents and legislation that laid the foundation for post-apartheid higher education. Instead, the challenge is addressed as a secondary consideration in policies and strategies to achieve transformation of academic staff.

This puts the proverbial cart before the horse: emphasising outcomes without paying adequate attention to process. Substantive transformation depends on institutional structures that systematically enable the development of talent and in doing so adequately account for the consequences of historical disadvantage.

Such structures rarely emerge spontaneously and in the absence of any concerted effort they have not — with some small-scale exceptions — done so to date in South African academia. It is therefore no surprise that transformation has been glacial, with the extent of this within and across institutions recently the subject of measurement and debate, while the intake of young academics in general appears also to have slowed down.

In a previous piece I suggested that the "greying of the academy" may be an opportunity as well as a threat and that, besides resulting from neglect of the development challenge, it may also be symptomatic of institutional bias towards continued employment of older academics ("No replacement for ageing brains", Mail & Guardian, October 4 2013).

Separately I took issue with a fairly recent phenomenon, outside of official policy documents, in which the development challenge is subsumed under a vague and poorly substantiated, but increasingly influential, call to produce more PhD graduates ("More PhDs are not the answer", M&G, September 20 2012).

Development of young academics
The most promising contribution to the development challenge has been the proposal, developed under the auspices of Higher Education South Africa (Hesa), of a national programme for the development of young academics. In a part-response to my piece on the rhetoric of PhD "production", Lynn Quinn and Jo-Ann Vorster laid out some of the desirable aspects of, and practical challenges to, the Hesa proposal ("Training new academics is a complex challenge", M&G, October 5 2012).

Having since been endorsed in the National Development Plan, that proposal now carries additional weight and to date has been the subject of little opposition. The core of the proposal is to devote R467-million to creating 300 "new generation" posts of a three-year duration, after which permanent employment would be guaranteed, subject to meeting a set of stated criteria. Would this be a good use of public funds? I would suggest not: it boils down to pumping money into institutions that rarely put existing resources and opportunities to good use.

The Hesa proposal is not unique in failing to interrogate existing barriers to potential young academics adequately or tackling these problems explicitly; it simply inherits problems from previous reviews of the higher education sector.

Two important such reviews are the PhD study by the Academy of Science of South Africa (Assaf) in 2010 and a report for the Carnegie Corporation in 2005 on "capacity building for the next generation of academics".

Both provide valuable discussions and in some cases original data and analysis, but share a common characteristic in underemphasising institutional failures and flaws, preferring to focus on lack of resources and the failures of other parts of the education system.

In a similar vein to the Hesa proposal, the Assaf study suggests, as a rough guide, a R2-billion programme to train 1 000 PhD students abroad over 10 years, and a major increase in funding for local production of doctoral graduates.

Lack of local initiative
The origins of the Carnegie report are informative; most of the post-1994 efforts to develop new academics have been initiated and funded by foreign philanthropic organisations. This is not inherently problematic, but is indicative of a lack of local initiative or prioritisation of the issue.

Academia is not alone in this. At one point I was a fellow of a public sector capacity-building programme (the Public Policy Partnership) initiated by the Woodrow Wilson Foundation and later also funded by the AW Mellon Foundation and Atlantic Philanthropies. The programme went through five cohorts of fellows, the vast majority of whom obtained employment across all governmental spheres and departments, but shut down after the department of public service and administration failed to take over the project. Neither this department nor any other branch of government has since initiated

anything like such a scheme, with most capacity-development programmes dealing with incumbents rather than building a career path for high-quality new recruits.

External, earmarked funding and lack of systematic evaluation mean the extent of genuine institutional buy-in, as opposed to the minimal co-operation required to obtain funds, remains unknown. An anecdotal example is the use of funds intended to bring in international mentors for local postgraduates instead being used to pay the travel costs of potential co-authors of supervisors, with mentoring   being a box to be ticked to obtain funds.

Indeed, there is an entire web of seemingly minor institutional decisions and prioritisations that systematically hinder the career progression of potential or young academics while often benefiting senior incumbents.

Applying for funding
Let me give some examples. Until this year in my own institution — the University of Cape Town (UCT) — local contract academics could not, regardless of merit, apply for any research or conference funding, even though senior "honorary" (with full-time employment at other, usually foreign institutions) and "emeritus" (retired) academics were eligible.

Relatedly, the National Research Foundation recently excluded local postdoctoral scholars from applying for a rating — a source of research money and often a boost to career advancement — reportedly because of a shortage of funds, but academics parachuted in from overseas are immediately eligible to apply on arrival.

A nonpecuniary example is UCT's recent decision to institute a well-intentioned policy whereby academics may not supervise doctoral candidates if they have not done so before. Ostensibly this should benefit doctoral students. The most immediate result, however, has been the employment or retention of senior staff even over better-qualified junior ones, simply on the basis of supervision experience and regardless of any measure of actual supervisory quality.

That, in turn, follows directly from a recommendation of the Assaf study, which rightly questions "whether simply holding a PhD qualifies an academic to be able to supervise competently or at all", but conveniently fails to question whether previously supervising a PhD of unknown quality and relevance to modern topics is any better qualification. The report nevertheless confidently states that we should "bring back into universities large numbers of senior academics".

A persistent neglect
At best such decisions reflect a persistent neglect of the many barriers to a career path for talented young academics, leading to employment uncertainty that is arguably a greater disincentive than the often emphasised level of remuneration of permanent staff. At worst these decisions reflect a systematic bias in institutional decision-making toward senior incumbents.

This is perhaps unsurprising because, besides issues of institutional power, the research into solutions is conducted by the same incumbents, who in doing so even neglect contradictory evidence.

For example, the Assaf report states: "Anecdotal evidence is increasingly showing that many academics who retire are immediately reappointed on contract appointments to assist specifically with doctoral supervision" — and this is invoked as evidence of a shortage of doctoral graduates.

But official higher education data summarised in a paper on young academics in South Africa by Chika Sehoole and Emmanuel Ojo shows that 26% of young (less than 35 years old) PhD graduates employed in South African universities in 2012 were working only in part-time employment. This in turn does not reflect whether other PhD graduates desired academic work but were unable to obtain it; a question omitted from the Assaf study but one that is logically prior to any recommendation for an increase in PhDs to meet staffing requirements.

There is little disagreement on the need for a co-ordinated plan to develop a new generation of high-quality, more demographically representative academics. A convincing strategy, however, will need to acknowledge adequately the weaknesses of the existing academy and provide detailed proposals on how to overcome these in a way that does not simply presume the quality, capability and modern relevance of incumbents.

​The global case for free education