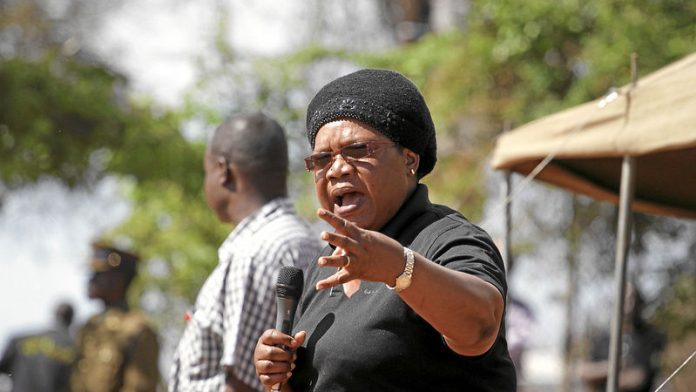 "He might not recover [sufficiently] to become active in politics again," said an official in the party's administration, pointing out that it was not President Robert Mugabe's habit to retire ­ailing comrades.

Mutasa's failing health would prevent him from actively pursuing promotion at the party's elective congress, which is expected this year.

Mutasa had aligned himself to a faction led by Vice-President Joice Mujuru, who is angling to succeed Mugabe.

She has been embroiled in a bitter low-key factional war with Minister of Justice Emmerson Mnangagwa.

Clandestine battle
According to a pact with Mujuru, Mutasa was earmarked for the position of chairperson, currently held by Simon Khaya-Moyo, who is tipped to succeed the late John Nkomo as second vice-president. Khaya-Moyo belongs to the Mujuru faction.

So far, the succession battle has been clandestine, with no one openly challenging Mugabe for his position.

Soon after last year's elections were won by Zanu-PF, Mujuru, whose late husband Solomon Mujuru died in a mysterious fire, indicated she was ready to take over from Mugabe.

Mnangagwa is said to be keen on filling the position of vice-president, which he lost to Mujuru in 2004.

His ally, Obert Mpofu, wants to take over as vice-president, ahead of Khaya-Moyo.

Mugabe lambasted the faction leaders during an interview to mark his 90th birthday last month, saying it was "terrible even to have your name mentioned as leader of a faction. It is shameful."

The president, who recently underwent eye surgery in Singapore, said his position was not vacant.

Although Mujuru has been well placed to succeed Mugabe since her elevation to the position in 2004, the succession pendulum appears to have swung too far for the party's second in command since Zimbabwe adopted a new Constitution last year.

In terms of the Constitution, the party would have to nominate a specific successor should the position become vacant before the completion of the serving president's term.