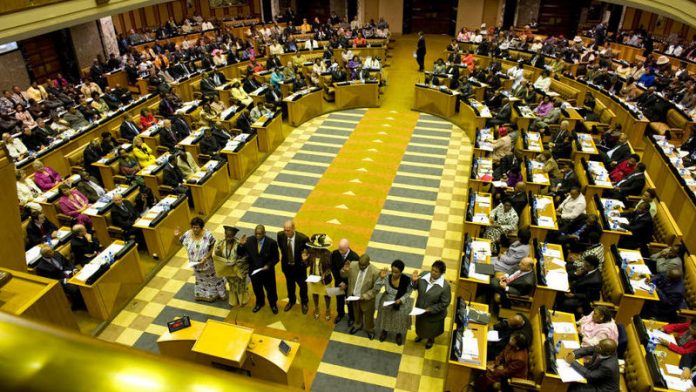 A parliamentary programme has given the clearest indication that Deputy President Kgalema Motlanthe and Minister in the Presidency Trevor Manuel will not be returning to Parliament after the May 7 elections.

The programme reveals that MPs will pay farewell tributes to both Motlanthe and Manuel during a sitting of the House on Tuesday. Parliament rises on Thursday, ending its five-year term and a new Parliament will be convened after the May general elections.

The ruling ANC was mum on the matter when asked for comment on Monday afternoon.

Spokesperson for the ANC parliamentary caucus, Moloto Mothapo, referred all questions to his boss, ANC chief whip Stone Sizani, who did not respond to telephone calls and a text message.

Parliament spokesperson Luzuko Jacobs said the scheduled farewell tributes were reflected on the programme because they were specifically requested to be put there.

He said requests would normally come from the person involved or from his office.

"Please check with the respective offices regarding any future plans," added Jacobs.

There will be an opportunity for MPs to give farewell speeches on Thursday.

ANC sources have previously indicated that both Motlanthe and Manuel were unlikely to return to government after the elections.

They both declined nomination to the ANC's powerful decision-making body, the national executive committee, at the party's last national conference in Mangaung in December 2012. They had both served in the structure since the ANC's unbanning in the early 1990s.

Confirmation of whether the two men are indeed leaving will only come on Wednesday when political parties submit their candidate lists to the Independent Electoral Commission, which will then publish them for scrutiny and objection.

Wednesday is also the final day for political parties to register to contest the elections.