Elections 2014: What voters have been promised 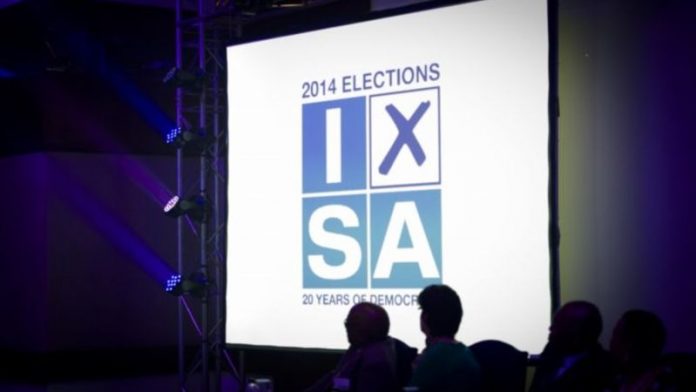 South Africa is just shy of two months away from the 2014 national elections and some parties have called it a potential game-changer for the electoral landscape.

According to the Independent Electoral Commission (IEC), 2.3-million new voters have registered to vote on May 7, bringing the number of registered voters to 25.3-million.This is just shy of the 31.4-million people who are of voting age.

Here are some key points of the the campaign trail so far to bring you some touchstones that should be at the forefront of voters' minds on May 7.

Twentieth anniversary of the first democratic elections
While the ANC speaks of the 2014 election as a time to reflect on the successes it has achieved since its 1994 election, the party says, on the 20th anniversary of democracy it has a "good story to tell".

But opposition parties have called the election one that could potentially change the face of electoral politics. Julius Malema's newly-formed party, Economic Freedom Fighters (EFF), has called the elections "one of the most decisive and determining general elections in the history of South Africa".

In a speech given at a gala dinner, hosted by the Friedrich Naumann Foundation (FNF) and South African Institute of Race Relations (SAIRR) in October 2013, Democratic Alliance (DA) leader Helen Zille said: "The political situation is changing so fast, it is more difficult than ever before to predict the result of the election. The special Cosatu congress to determine Zwelinzima Vavi's future [and the rest of Cosatu's leadership]; the pending trial of … Malema … and, of course, what happens next to President [Jacob] Zuma could significantly change the political terrain before the 2014 election."

New players
When Dr Mamphela Ramphele launched Agang SA in June 2013, the DA welcomed their addition to the political landscape, calling it a step towards a united opposition. Less than a year later, the two parties tried and failed to team up ahead of the election.

Malema launched the EFF in October 2013 at Marikana promising "radical" economic policies such as land reform and the nationalisation of land and banks. At its manifesto launch, the party promised higher wages for workers from various industries, including mineworkers and domestic workers.

On the horizon is also the spectre of a workers' party, potentially formed by the National Union of Metalworkers of South Africa (Numsa). Although it will not be formed before this election, the union said it would not campaign for the ANC in the 2014 election, and the potential implications this has for its mother federation, Cosatu, could impact the ANC's performance at the polls.

Land
The re-emergence of Malema on the political arena brought with it the resurgence of land reform as an election touchstone. The EFF party is traversing the country promising to expropriate land without compensation.

Yet for all the attention received by Malema's proposals, changes to the current legislation on land restitution were enacted in Parliament two weeks ago.

The new legislation, the Restitution of Land Rights Amendment Bill, has set a new deadline for the submission of land claims – December 31 2018. This allows claimants who missed the previous cut-off – December 31 1998 – to submit these claims now.

Nkandla
On paper, fighting corruption has been a priority for all political parties contesting previous elections. But the 2014 election is the first one where a sitting president could be implicated in a public protector's investigation.

The public protector’s report into spending at Zuma's Nkandla homestead will be released on March 19.

The scandal has stalked the president since it was first revealed in November 2009 but its relevance as an issue of importance to voters is yet to be tested by a national electorate.

The DA has promised to table a motion of no confidence in the president should the report implicate him in any wrongdoing.

Some experts have postulated that, especially among the youth, Zuma's perceived corruption, compounded by the Nkandla scandal, may be of significance in this election.

Youth vote
Speaking of the youth vote, according to the IEC, 80% of people who registered to vote over the final registration weekend in February are under the age of 30.

This will be the first election in which people born in 1994 will vote. But while much has been said about the potential for young voters to change the outcome of this election, trends show that high registration figures among young people do not necessarily translate into votes on election day.

The research showed that young people make up the biggest group of registered voters, yet the number of actual young voters has remained relatively stagnant over the last three elections. Young voters also makes up the group that typically shows the lowest voter turnout in elections. Research showed only 37 % of the 30- to 39-year-old group voted in 2011.

Jobs
Parties such as the DA and the ANC have tried to frame the election around the crucial jobs issue. South Africa’s unemployment statistics in 2013 sat at 25.2%.

The ANC in its manifesto identified "poverty, inequality and unemployment" as the biggest threat facing South Africa. It promised the state would create six-million job "opportunities" primarily for young people, over the next five years.

Service delivery
Service delivery protests have dominated headlines in the first few months of this year, and with the rising figures, speculation has arisen that there is mounting discontent over governance, especially among the poor.

Police records obtained by City Press indicate a protest every two days since 2009.

Research released by the University of Johannesburg's Social Change Unit in February revealed new insights into the drivers of these protests. One point the research highlighted was that the protests were not orchestrated campaigns by those seeking to destabilise government. The research also revealed that from 2004 to 2014, 41 protesters have been killed by police during service delivery protests, excluding those killed at Marikana.

The research also showed that most protests were peaceful, and violence only erupted when communities felt they exhausted all non-violent means of communicating their frustration. The top five grievances cited by protesters indicated a growing dissatisfaction with governance: service delivery in general, housing, water and sanitation, political representation and electricity.

It remains unclear whether the discontentment will translate into votes for the opposition, or in voters staying away from the polls on May 7.