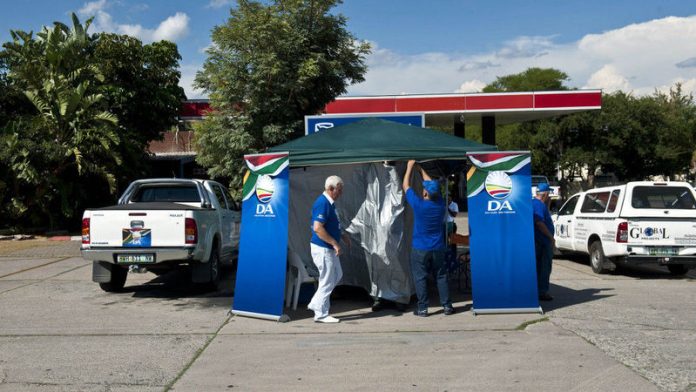 Western Cape Democratic Alliance (DA) leader Ivan Meyer said that while politics in the Western Cape is "very rough and tough", the vandalism of the party's posters is unacceptable.

The DA has now offered a R5 000 reward to any person providing it with photographic or video evidence that leads to the arrest and successful prosecution of anybody who has purposely vandalised, removed or tampered with the party's election posters in the province.

"We are very committed to free and fair elections, but some of our posters are being vandalised and some are being removed," said Meyer. "It is happening in different areas in the Western Cape, and it is really a worrying trend. Posters are expensive … We are disappointed that is happening to us. Politics in the Western Cape is very rough and tough, but this is unacceptable."

The DA claimed that during the past two weeks, it received reports that its election posters were being removed, covered or vandalised in different areas across the province.

"The DA calls on every law abiding citizen in the Western cape to assist us in the fight against the unlawful and undemocratic campaign of the ANC and other parties," the party said in a statement on Wednesday.

'Looking for publicity'
The statement infuriated the ANC's Western Cape media spokesperson Cobus Grobler, who said the ANC had its posters vandalised in DA areas.

"The DA is clearly looking for publicity," he said. "Whenever they feel like it, they raise the flag."

The wind in the Western Cape resulted in posters having to be maintained and tied down securely on lampposts, and the DA was probably not doing this, said Grobler. "If they claim it is the ANC or others vandalising their posters, they must take the proof to the police, and not just look for cheap publicity."

Grobler said the ANC had recently found a stack of its own posters being used by local homeless in the province, and the homeless people had claimed to have found them stacked up in a pile, which pointed to vandalism.

The DA was putting up its posters "all over the show" and needed to stick to the municipal guidelines, he said.

ANC Western Cape provincial secretary Songezo Mjongile also said he did not believe the story about the DA's election posters being vandalised.

"The DA is just trying to find excuses because the party is being outdone on the posters," said Mjongile. "Its campaign is failing."

But Meyer is sticking to his guns and said that in some instances DA posters were removed and replaced with ANC posters, or simply covered with ANC posters, despite stipulations in the Electoral Act that state that no person may deface or unlawfully remove or destroy any posters or election materials of any political party.

The DA has provided a hotline (021 481 4300), email address, and Twitter account  for people to use if they have evidence of any vandalisation of DA posters.