Why former Cope MP Kilian leapt to the ANC 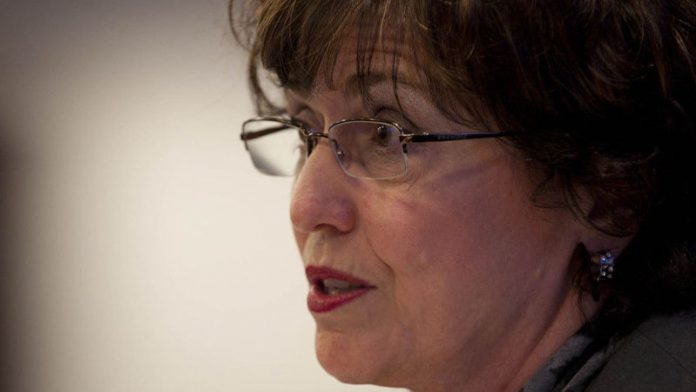 Once a robust figure in opposition politics, former Congress of the People (Cope) member of Parliament Juli Kilian recently took a leap of faith and jumped to number 126 on the ANC's National Assembly list.

Kilian has been a thorn in the side of the ANC on the parliamentary portfolio committee on communications since 2009, but the outcome of the May 7 general elections will determine whether she returns as an ANC MP.

Ever-ready with sharp questions during committee meetings, both Kilian and the Democratic Alliance's (DA) Marion Shinn have shown strength in their respective opposition parties in all areas affecting communications in Parliament.

"I realised that for whatever reasons – and there were many – that Cope was not going to come out stronger," said Kilian. "Therefore Cope's impact in the politics of the future was not going to be of any significance. So I did not make myself available."

Kilian said her return to Parliament was certainly not guaranteed.

"It is a principled decision I made. The ANC needs 63% of the vote for me to go to Parliament, from my calculations, so it is not a certainty at all," she said. "People must not see it as an opportunistic move. I believe we need to strengthen the politics of the country."

Kilian is a former New National Party member, who joined the ANC breakaway party Cope "with great enthusiasm" from its inception in 2008.

Leadership battle
Cope has lost three of its MPs to the ANC – Kilian, Leonard Ramatlakane and Nic Koornhof – who all appeared on the ruling party's list for the National Assembly.

Even its own leaders acknowledge that the leadership battle between Mosiuoa Lekota and Mbhazima Shilowa in recent years has put severe strain on Cope.

Cope general secretary Lyndall Shope-Mafole told the Mail & Guardian that the party supported the constitutional democracy, as well as strongly supporting the right of every South African citizen to exercise their right of association.

"Having said that, we have always said that with the challenges that Cope has been facing, we knew that all along there were people within the party that were not working for the party. Obviously, this is how she [Kilian] feels about Cope," said Shope-Mafole.

"We are here to effect the change that we believe is required in South Africa. We have said that South Africa deserves a better government and the Congress of the People was established to be in government. We are not here to look for a comfortable political place for us as individuals."

Shope-Mafole said she was too busy at present to discuss the number of Cope MPs and members of the Provincial Legislature (MPLs) that had moved to other parties, but she would talk about it at a later stage.

'Star performer'
But Cope national spokesperson Johann Abrie was more effusive about Kilian, and described her as "an outstanding politician", while wishing her all the best in her new political home.

"Juli is an outstanding politician. She was our star performer and I hope she continues to build our country in her new home," said Abrie.

While DA members claimed Kilian also approached their party looking for work, she said they can say what they want as she is happy with her decision to move to the ANC.

"The Economic Freedom [Fighters] presents a radical shift, and with the labour movement, this will bring about a complete change to politics," she said. "It is important to strengthen the political centre. We can succeed if we implement the National Development Plan, and if we can make politics more efficient in places like Parliament."

Kilian said if she does not make it back to Parliament, she would like to become one of the "builders" of South Africa within the ANC.

"I have considered my situation and I believe I could contribute to building a strong administrative side to the committee system in Parliament," she said. "Politics and parties come and go, but we have to strengthen our legislative institutions."

Objections will not suspend the election results