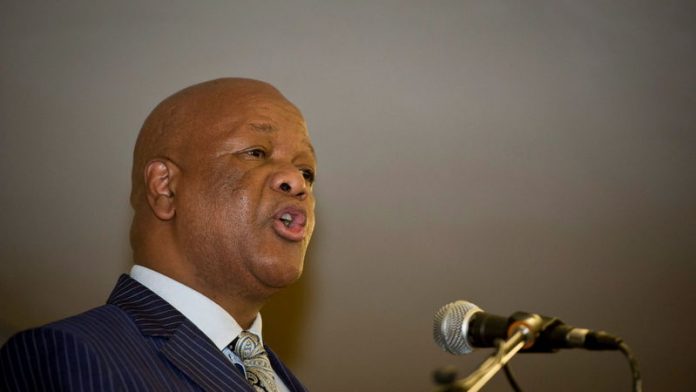 South Africa warned Rwanda on Wednesday that it would not allow its territory to be used for "illegal activities", following Pretoria's expulsion of Rwandan diplomats linked to attacks on South African soil against Rwandan exiled opposition members.

"As the South African government, we want to send a very stern warning to anybody, anywhere in the world, that our country will not be used as a springboard to do illegal activities," Justice Minister Jeff Radebe told a news briefing, referring to the diplomatic row with Great Lakes state Rwanda.

Meanwhile, with the diplomatic ball firmly back in South Africa's court following the expulsion of six of its diplomats from Rwanda, the department of international affairs on Monday persisted in its silence on the matter.

Last week, South Africa expelled three Rwandan diplomats, one of whom, according to reports, has been linked to an "attempted hit" on exiled Rwandan army chief Faustin Nyamwasa at his home in Johannesburg.

On Friday, Rwanda responded by expelling six diplomats based at the South African mission in its capital Kigali.

Survived assassination
Questions sent to the department of international relations on Monday morning – querying, among other things, whether the two countries are heading towards cutting diplomatic ties – remained unanswered by late afternoon.

A week ago, armed men broke into Nyamwasa's home.

According to a Reuters report quoting an unnamed diplomatic source, South African security services had tracked the attackers.

"It was very clear that they were intelligence personnel attached to the Rwandan embassy," the source reportedly said.

Nyamwasa, who is a former rival and critic of Rwandan President Paul Kagame, survived an assassination attempt in Johannesburg in 2010. He and his family were not at home last Monday night, reportedly having been moved to a safe place ahead of the latest attack.

Sending him home
Other Rwandan exiles have accused Kagame and his government of being behind Karegeya's death and the latest attack on Nyamwasa.

Kagame and other senior Rwandan officials have denied any involvement in the attacks.

Also last week, South Africa expelled a Burundian diplomat – Jean-Claude Sindayigaya, the first secretary of the embassy of Burundi – but has offered no reasons for sending him home.

By 4pm on Monday, the department of international relations and co-operation had not responded to phone calls, SMSs and emails sent to it earlier in the day. – Reuters, Sapa