The school that rules the pool 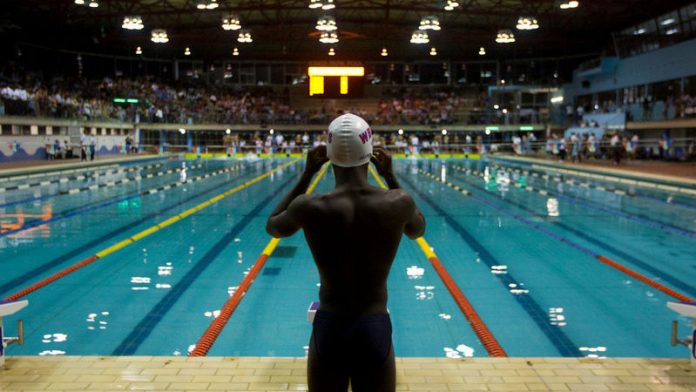 Nestor Pierides, the deputy headmaster of Westville Boys High School (WBHS), who has been instrumental in the school's swimming successes over the past decade or so, doesn't ­hesitate when I ask him to suggest an interesting photo to accompany this story. "Come to the Durban and Districts Gala on Thursday evening," he says confidently, "Westville will definitely win."

I think he's overconfident, until I meet a friend whose son attends a school often perceived as a WBHS rival in the sport arena. Their principal has told parents that Westville is unbeatable in the pool, she tells me.

Half an hour before the gala is due to start, it's almost impossible to find parking at the Kings Park Swimming Pool. This bears testament that the D&D Gala, as it is popularly known, is the city's premiere inter-school swimming competition.

It features well-known private schools Kearsney College and Clifton College, as well as former model C schools Durban High School, Northwood High School and Glenwood High School, all of which are known to take their sport seriously. All pitted against one another in a series of relay events.

A brief glance at the programme helps me understand why Pierides was so confident about the result. WBHS holds the record for 25 out of the 26 events which make up the gala. And things aren't likely to change anytime soon. The school emerges victorious for the eighth year in succession, further reinforcing its reputation as South Africa's top swimming school.

No myth
This isn't a myth, Pierides informs me when I meet him at his office at the school in Wandsbeck Road, Westville. "We are the most successful school in the country – we've won 56 galas in a row – we've been unbeaten in a mix of galas in this province and nationally."

He rattles off a list of some of Westville alumni who have excelled at swimming in the international arena: former Australian backstroke swimmer Raymond Hass, South African swimming head coach Graham Hill and, more recently, open water swimming champion Chad Ho, who has won his fifth consecutive Midmar Mile this year, and of course, Olympic gold medallist Chad le Clos.

A WBHS brochure credits Pierides with the school's unbeaten run. "Although WBHS has achieved well in the major school galas over the years, it was in 2008 that the WBHS teams started their unbeaten run," it states. "Pierides has been vital in providing the structure and discipline which led to the success of both the Westville A and B teams over the past decade."

But Pierides is reluctant to take the credit, pointing out that he came into a system which already existed. "WBHS never had a weak swimming system. But to make a good meal you need a cook and you need ingredients, without having the right ingredients it wouldn't matter if you're the best cook on the planet. I started [by] identifying kids who have the potential and making up the teams."

I'd always thought "identifying potential" entailed poaching sports stars from rival schools. But for Pierides and his peers that's only a small part of growing the school's pool of swimming talent.

Fish in water
They literally fish most of their would-be swimmers out of the school's massive swimming pool, shortly before the academic year starts, when all 250 grade eight pupils are thrown in and assessed by Pierides, his team of coaches and timekeepers. "The moment we see they can't swim, we pull them out of the water, we don't traumatise them," he says. "But we let every single kid have a go. There are some kids who may be swimming 50 metres for the first time; the older boys go in to help them.

"From there, we identify the fastest kids in each stroke, and we select 25 to 30 of them, to make up our swimming teams. We don't force them to swim though – we first ask them if they want to swim."

Experienced competitive swimmers are identified using a method Pierides perfected during his stint as an athletics coach at another school in Durban. "I would graph a kid's progress, and from that I could identify if he had talent. If he was showing an upward movement on the graph, it meant he had latent ability," he explains. "There are some kids who reach a plateau and don't go any faster, and there are others who improve dramatically. I knew that a 13-year-old running 100m in under 13 seconds could be taken to a level where he could run it in under 11 seconds at the age of 19."

In front of him are sheets of paper, highlighted in parts in pink. These are the results of inter-club galas, he informs me, and the highlighted names are the kids he's had his eye on for some time. "We look to see how these kids are developing; if they are showing serious promise, we will contact their parents during their grade seven year and offer them a scholarship, the percentage of which is determined by how they rank in the club championship galas."

He stresses that, of the 25 to 30 swimmers making up a team, only about five would have been approached because they were swimmers. "The others we fish out on the first day."

Swimmers of all colours
He rattles off lists of non-white swimmers who feature in each school's team.

"With the breakdown of apartheid, more and more kids of colour are coming to schools like this. Whereas their parents and grandparents went to schools where there was no real organised sporting activity in the afternoon, here we have 40 soccer sides, 30 cricket sides, 120 swimmers – you just choose the sport you want to learn," he explains.

"Kids of colour are being introduced to and are playing sport – this is not the privilege of white children anymore, it's part of your education at ex-model C and private schools. So we see lots of Indian and black kids moving into middle-class suburbs, getting into swimming lessons from grade zero. They have just as much of a chance to excel and we are starting to see them come through."

He acknowledges that government should take up the challenges in underprivileged areas.

"The development of any kind of sport can't be left to individual schools – the government needs to spearhead it. It's easy to identify kids who are talented at rugby for example because there are development trials that take place. But when it comes to swimming, we won't see a shift until the government builds public swimming pools in these areas, trains coaches to teach kids how to swim and maintains the upkeep of these swimming pools."