Why is no one watching the watchmen? 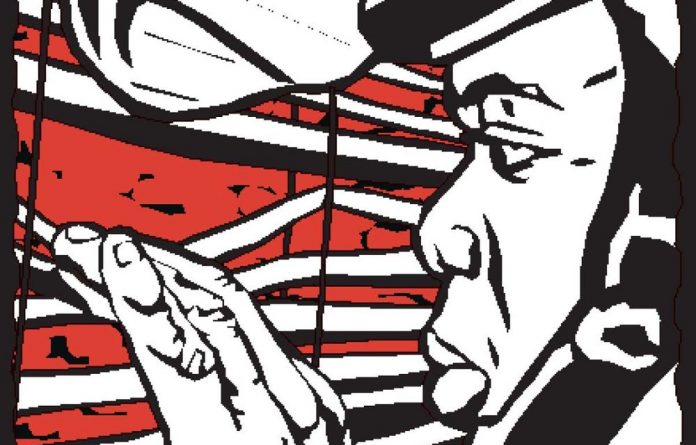 The reports detail internal ­turmoil within South Africa’s spy ­agencies, missed targets, wasteful ­expenditure and a worryingly sharp increase in the use of its surveillance ­capabilities.

The JSCI, a parliamentary body made up of about 13 parliamentarians from across the party political spectrum, is designed to provide civilian ­oversight of the intelligence services.

The committee’s independence has always been vulnerable to executive capture, the most recent example being its sweetheart Nkandla report which backed the “security-related” expenditure and absolved President Jacob Zuma of any wrongdoing. 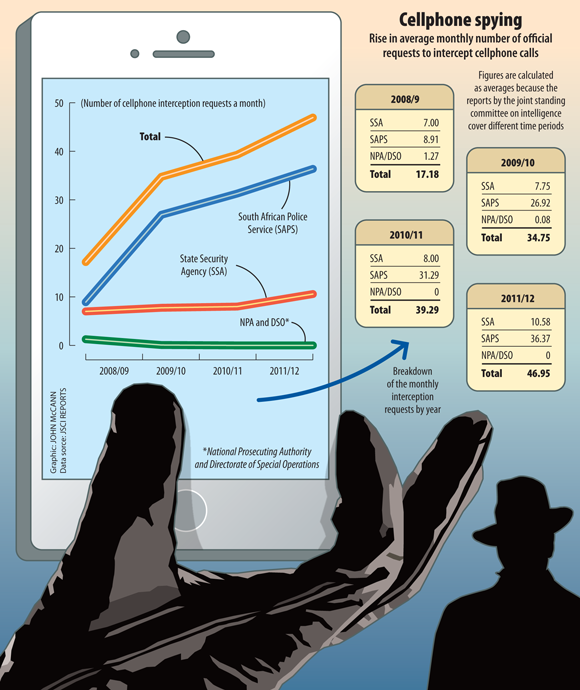 One of its main duties is to table a report before Parliament by March 31 each year detailing the previous year’s activities. These reports are the public’s only window into the activities of the country’s spy agencies. Since 2009, however, no reports had been tabled.

Why the delay?
In the 2011-2012 report, reasons given for the delay include a failure by the crime intelligence division of the police to deliver its reports timeously, the lack of “synchronicity” between reporting periods specified in other legislation and the Intelligence Services Oversight Act, as well as “sensitive” reasons that cannot be disclosed. None of these explain the three-year delay in releasing the reports.

The JSCI reportedly attributed the delay to the fact that the reports were awaiting approval by the president to ensure they did not compromise national security.

The inclusion of the president in the tabling process is inexplicable. Neither the oversight Act nor parliamentary rules require it; at best, the Act provides for the JSCI to provide a copy to the president and the relevant ministers after the report is tabled in Parliament.

The apparent decision to offer a preview of the report to the president therefore raises significant questions. It is not impossible to surmise that the damning picture painted by the reports of the disarray in the crime intelligence division, particularly its beleaguered former boss Richard Mdluli, may have provided some grist to the presidential filibuster mill.

Instability in crime intelligence
This instability, extensively chronicled in the media, includes the appointment of four divisional commissioners between 2011 and 2013, the cloud of allegations surrounding Mdluli and the fraud and corruption charges brought against head of covert support services, General Solomon Lazarus.

The JSCI details its ­numerous efforts to arrest the deepening malaise in crime intelligence. It lists the instances when meetings were held, inquiries and task teams established and reports prepared. Yet, in almost all instances, the efforts were futile.

Adequate documents were not provided, over 40% of planned “targets” were not achieved and supply chain management regulations were not followed. Goods and services were not competitively bid for.

The annual budget allocated to state security – now amounting to over R4-billion – was never tabled before the JSCI, thus preventing any civilian oversight regarding how taxpayer money is spent.

It is in the crime intelligence division that wasteful expenditure has reached its lowest nadir. Glaring irregularities include the observations that the division ‘understated’ over R47-m of irregularly spent funds. No audit evidence was provided to support over R278-million in various transactions listed.

Interceptions
The JSCI’s much-delayed reports also contain yearly briefings from the so-called “Rica judge”, which provide the public’s only glimpse into the state’s official use of communications surveillance between 2009 and 2011 – although it is much like peeking through a narrow keyhole into a cluttered, dust-filled room.

The reports – by Judge Joshua Khumalo, the “designated judge” who authorises state security bodies to conduct lawful surveillance in terms of the Regulation of Interception of Communications Act (Rica) – are alarming, not only for what they show, but also for what they may obscure.

Dramatic increase
The reports show a dramatic rise in the use of formal communications surveillance through Rica from 2008 to 2011. The bulk of this appears to be under crime intelligence, which was making an average of nine Rica requests a month in 2008, but nearly 40 a month by the end of 2011.

In total, Khumalo reported that by the end of 2011 there was a monthly average of about 47 requests a month from all divisions (crime intelligence, the domestic and foreign agencies under state security and military intelligence).

These were “section 8” requests – a “life and limb” provision for security bodies to get a user’s location from their network ­provider. Because it is designed for emergencies, the network provider and law enforcement are only required to give supporting documents to the Rica judge after the fact.

Khumalo notes that, in the most recent year under review, MTN had not provided any supporting documents for section 8 requests.

If this resulted in any penalties, it has not come to light. Khumalo does note that Parliament should consider amendments to the Act “to prevent any possible abuses by state agencies and service providers”.

Crime intelligence’s appetite
Why crime intelligence should have increased its use of surveillance so dramatically is open to speculation. Khumalo’s briefing suggests that it “may be due to a realisation by the law enforcement agencies of the effectiveness of interceptions”.

Yet the spike in interceptions occurred at a time when the JSCI concedes there were “serious problems” at crime intelligence that made it “predictable that the performance of the division would be negatively affected”.

In other words, at a time when crime intelligence’s investigative capacity was at least partly compromised, it was bugging more phones than ever before.

Amid concerns that the state may be abusing its surveillance powers, fuelled by media reports of people in state-security bodies ­manipulating the Rica process or bypassing it completely to monitor people’s ­communications, the incomplete ­picture given here is only likely to fuel paranoia.

Khumalo was at pains, in briefing the JSCI in 2011, to note that he had found no evidence of this kind of abuse.

But at least one such abuse has come to light since then: in 2013 it emerged that the Sunday Times journalist Mzilikazi wa Afrika had been bugged under Rica under Khumalo’s watch.

How the JSCI and the Rica judge have addressed this matter, as with many things, we will have to wait for the next JSCI annual report.

This points to a bigger problem: essentially, the Rica judge and the JSCI give so little usable information on surveillance that it is not entirely clear that they serve a public oversight role at all.

In 2013, Jane Duncan, an academic at Rhodes University, made detailed requests to the department of justice to access information on the effectiveness of Rica – including the cost per interception and, most importantly, the number of arrests and convictions that stem from interceptions. The department rebuffed the request, saying that the information she was requesting “was supplied in strict confidence by ­various third parties”.

The paltry data on Rica ­intercepts provide only a few insights on the use (and potential misuse) of surveillance.

If there is one insight to be gleaned, then, it is this: at a time when there needs to be a broad and ­substantive debate about the role of state-security bodies and the use and ­regulation of surveillance ­technology, citizens are groping around in the dark. The debate is starved of basic, vital information.