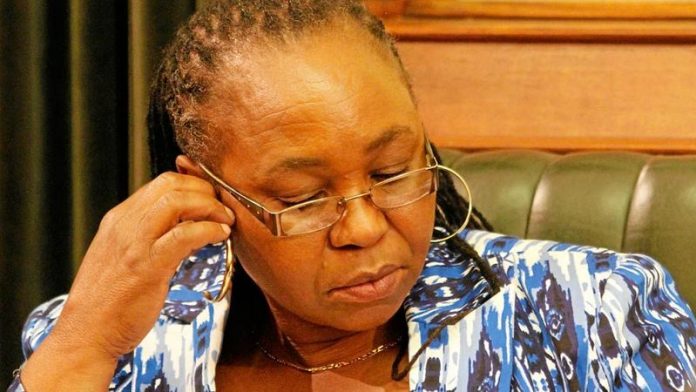 In Zimbabwe, there’s nothing unusual about a dispossessed white farmer going to court to fight for his farm. They usually lose the case. But a recent case involving a Manicaland farm has left Zanu-PF members at a loss for words.

A high court recently ordered the eviction of two top Zanu-PF members from the farm to pave the way for its reoccupation by its white former owner, Heather Guild. And, curiously, the Zanu-PF government has thrown its weight behind the ruling.

It is the first court-sanctioned handing back of a property to a white farmer who was affected by President Robert Mugabe’s land reform programme.

As a result of the ruling, Zanu-PF MP Irene Zindi and Fungai Chae­ruka, another top party official, have lost any legal claim to the property.

In 2004, Chaeruka led a government-appointed commission that ran the Mutare municipality, which is in the same province as the farm.

Unexpected support
Shortly after 2000, when Zanu-PF started seizing white-owned farms, judges who voiced concerns over property rights were forced to leave the Bench, hence the surprise that greeted the government’s unexpected support for the ruling.

Last week, Lands and Resettlement Minister Douglas Mombeshora told MPs during a question-and-answer session that the government had decided long ago to hand back the property to its former owner and that Mathonsi had only endorsed that position.

This means that Zindi and Chaeruka no longer enjoy the political protection that Zanu-PF members have relied on – the government simply refused to enforce any court orders that favoured former white farmers.

Mombeshora said that the late vice-president Joseph Msika, who chaired the national lands committee, had ordered that Guild’s farm be returned to her because it had been established that, although Zindi and Chaeruka were allocated more than 400 hectares, they were using less than one.

“As such, in 2010, a letter of withdrawal was given to the persons who had been given that piece of land, and an offer letter was given to the former owner. So it gave an impression that the high court had reallocated the land but it is not like that. It is the minister of lands and rural resettlement who had reallocated the piece of land to the former owner,” Mombeshora said.

The minister also said that the government was working on two tenure documents that would show how much of allocated land a farmer should use for infrastructure and farming activities.

He said it would also outline how the minister could withdraw the tenure document should someone break the rules, Mombeshora said.

In her response to Mombeshora, Zindi, a war veteran who was in Parliament, told the minister that she had left the farm following the judgment but planned to lodge an appeal in the Supreme Court, arguing that the decision was based on wrong information supplied by Guild.

In his seven-page judgment, Mathonsi said those not using their farms should have them withdrawn.

He also criticised Chaeruka for seeking political protection in a legal dispute.

“One cannot be allowed to hold on to large tracts of land they are not using simply to baby-sit an inflated ego. If a beneficiary is not using the land, that is a breach of the conditions upon which the land is offered,” the judge said.

“It should, therefore, be withdrawn and given to more deserving candidates. For the applicant to utilise less than a hectare while leaving the remaining 497 hectares [fallow] was scandalous.”

In an interview on Wednesday, Rashweat Mukundu, the director of Zimbabwe Democracy Institute, said the case was intriguing as the land was going back to the former owner, which raised the question: Will all other incompetent new farmers lose their land to white former farmers?

Confusion
But, he added, it did not signify a change in policy.

“Rather than a shift in policy, we see more of confusion in policy as the land reform programme was supposed to be based on the competencies of those receiving land in the first place, as well as protection of those white farmers who were productive,” Mukundu said.

“The truth is that there is no policy shift on this matter and it could just be that this new farmer fell from political grace and was targeted.

“A policy shift would be preceded by a pronouncement of such a policy and a land audit to determine who is using what land and redistribution of underutilised land to deserving farmers.”

But political analyst Ricky Mukonza said the fact that Mathonsi did not face a backlash from the government implied that it must tacitly agree with the judgment and this case could also be a way of warning black farmers who benefited from the land reform that, if they did not use the land, they would lose it.