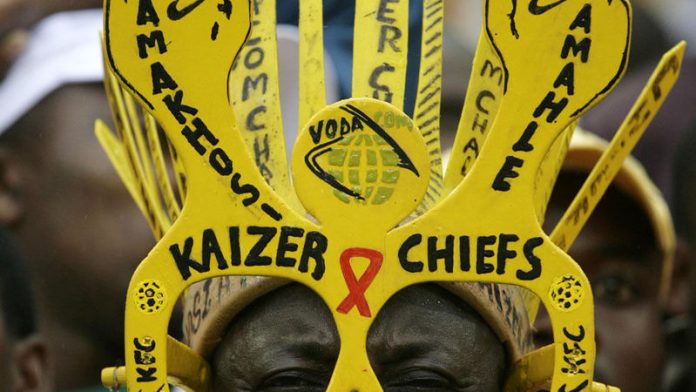 Katsande put the Glamour Boys ahead shortly after the hour mark to record his first ever goal for Chiefs, ending a 67-game wait for the goal which proved the difference in front of a sold-out Soccer City.

Chiefs' narrow win ended a four match winless streak against Pirates in the Premiership, having not beaten their fierce Soweto rivals since the 2011/12 season. Reeling from a midweek loss, Kaizer Chiefs boss Stuart Baxter had to do without goalkeeper and captain Itumeleng Khune, who was ruled out due to injury for a second week, leaving Reyaad Pieterse to take up the gloves for the Glamour Boys.

Pieterse was called into action early on, as Mpho Makola forced a diving stop from the stand-in shot-stopper, who pulled off a good save to settle his nerves in the third minute. Pieterse's opposite number, Senzo Meyiwa, followed up that early save with one of his own, stretching high into the air to deflect Tefu Mashamaite's header from Parker's free-kick.

A frantic opening refused to let up as the action swung from end-to-end, after Pieterse made a superb save to deny Sifiso Meyeni, allowing Chiefs to launch a breathless counter-attack, but Kingston Nkhatha failed to latch onto a good delivery as a chance went a-begging in the 12th minute.

For all the attacking from either side during the first half, the teams went into the half-time break goalless and still looking for the opener after an exciting 45 minutes.

Chiefs showed early intent after the interval as a flowing movement put Letsholonyane through on goal, but the crafty midfielder blasted over the goal as his effort went harmlessly out of danger. The visitors maintained the pressure and were doing all of the attacking as Siphiwe Tshabalala made a strong run into the Pirates area, only to be cleared by a retreating Buccaneers defence.

But Tshabalala's class on the big stage made all the difference as he whipped in an inch-perfect delivery from the resulting corner, leaving Katsande unmarked at the back post and with the simplest of headed tap-ins for the lead.

The Sea Robbers came back with plenty of prowess, but did not manage to trouble Chiefs at the back. Chiefs looked content with sitting back and letting Pirates come at them and, in turn, hitting their neighbours on the break, as their nippy wingers carried the defending league champions forward.

Buccaneers coach Vladimir Vermezovic, back in the country two years after his stint as head coach of Chiefs, introduced former Amakhosi striker Lehlohonolo Majoro late in the half, much to the dissatisfaction of the Chiefs supporters, who welcomed him onto the field with a deafening round of boos and jeers.

After Majoro's arrival, Pirates had a late chance go agonisingly close as Rooi Mahamutsa – in his first game since November last year – drilled a header wide of the target eight minutes from the end. The visitors never looked like stopping and in additional time, Knowledge Musona came within inches of doubling the lead after some good work saw him attempt a scoop over Meyiwa's head, which was pushed narrowly wide.

Katsande's goal, however, proved a mountain too high and in the end Chiefs saw out the lead and held on for a memorable win which puts further distance between the two Soweto giants, as Pirates dropped 13 points behind the table-toppers. – Sapa