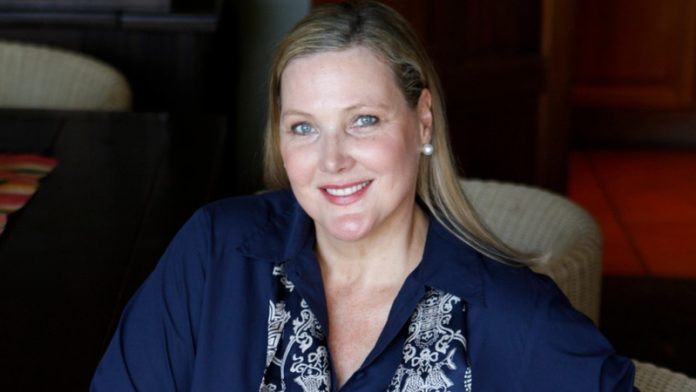 The publishers she first approached in India said her book was more for an "international" audience, but now Elana Sabharwal's The Delhi Deception is being turned into a movie.

It was last week announced that businessperson and producer Cassim Shariff and his partners Helena Spring and award-winning writer-director Junaid Ahmed have acquired the rights to turn the book into a motion picture. Ahmed's 2006 short film Lucky became the recipient of over 40 accolades at various film festivals around the world and was most notably nominated in the Best Short Film category at the 2006 British Academy Film and Television Awards.

When the Indian publishers turned it down a little over two years ago, the Natal Technikon-educated Sabharwal went the self-publishing route. "The whole process with the publishers took about eight months," she explains. "When they turned it down, I really just didn't want to have to go all over that again."

Convinced that she had a good story, she put out an initial print run of 1 000 copies, which she says were all gone in no time. Film producer Shariff had read one of these initial copies before her second print run was ordered.

The Delhi Deception follows the story of Carla, a Harvard-educated reporter of mixed Indian and South African heritage who decides to take an impromptu trip to Peshawar, Pakistan to surprise her war correspondent husband who is on assignment there. The visit ends with Carla being the one at the end of the surprise when she finds her husband with another woman. Carla then goes off to Delhi to find solace with a friend who lives there but soon gets drawn into an illicit world as her relationship with a dashing American embassy employee she meets in Delhi develops. Human trafficking, sex, lies, romance, betrayal and deception are all in the mix.

On announcing the film rights acquisition, Shariff said his team was extremely excited about turning the book into a motion picture. "The Delhi Deception is extremely relevant as a story, and offers us the opportunity to make a movie involving romance, deception and betrayal. We are in the process of securing funding, and look forward to getting the movie off the ground."

'Coming home'
The book itself could have never gotten off the ground were it not for one of Sabharwal’s teenaged daughters who encouraged her to put it down on paper. "I never read for my kids when they were young, I would simply create the stories," she says. "With this story in particular, it came to me while I was on a flight back to South Africa from India. The story stayed with me but I didn't have the confidence to go ahead and write the book."

Married to a physicist of Indian descent, Sabharwal, who was born in Bloemfontein in 1965, is quite familiar with the setting of the novel. In the early 80s, while working as a fashion designer in Italy, the then-unmarried Sabharwal was sent to work in India where the company she worked for had factories.

"When I arrived there, I had this weird feeling of coming home," she says. "India is very different to South Africa, cricket and driving on the left hand side are about the only similarities, maybe. But I fell in love with Delhi and my husband."

The two of them had a traditional Indian wedding but would later move to South Africa. "I think I felt kind of homesick. With South Africa you always come back. My husband was more than happy to move here with me, so we did it. He always said Cape Town felt like California for him, but better."

It is not the first time filmmakers have shown interest in The Delhi Deception. Sabharwal says there were previous talks with American producers who learnt about her book after reading an interview she did with an in-flight magazine. The producers wanted to make some changes to the characters to make them suitable for a Hollywood-type studio film. "I'm not too possessive about the characters. I said to them as long as it still follows the story I'm okay with it," she says.

Before those talks reached a conclusion, a process Sabharwal says was very slow, Shariff approached her and she became more excited about his vision for the film. "He sees it as more of an independent film which means we can be a little more risky. I think that has the potential of making it more gritty and more real."

The first draft of the screenplay has been completed and this was a process Sabharwal says she was honoured to have been a part of from start to finish. No date has been set for filming but, according to Sabharwal, a few Bollywood actress have already been mentioned as ideal candidates to play the protagonist.

"Personally, I would have preferred Olivia Wilde. My children are half-Indian. I think they look more like her," Sabharwal laughs, but acknowledges that such decisions are entirely based on what's best for the marketing of the film.