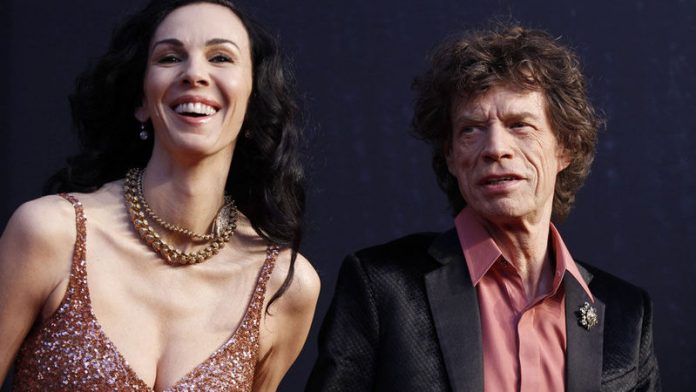 The Rolling Stones on Tuesday cancelled a show as a devastated Mick Jagger reportedly rushed to New York after his longtime girlfriend, American fashion designer to the stars L'Wren Scott, was found dead in her apartment.

Jagger was "completely shocked and devastated" by the death of the 49-year-old Scott, a spokesperson for the rocker said. According to US media, the former model was found hanged.

The Stones on Tuesday cancelled a concert in Perth, the first gig of their sold-out 14-gig Australian and New Zealand tour, as reports said that the 70-year-old Jagger had flown back to New York City.

Famous for her relationship with Jagger, Scott was also a hugely successful designer whose body-hugging and figure-flattering dresses were loved by Hollywood stars and first lady Michelle Obama alike.

Scott's family appealed for privacy, describing the death as "tragic."

"At this devastating time for Ms Scott's family and friends, we request that their privacy be respected," a statement said.

"There will be no further public statement for the time being."

'Unconscious and unresponsive'
New York police said Scott was found dead at 200 11th Avenue, a block of luxury apartments in Chelsea, shortly after 10am (1400 GMT).

"Upon arrival, officers discovered a 49-year-old female unconscious and unresponsive," a spokesperson.

"She was pronounced dead on arrival. The investigation is ongoing. The medical examiners will determine the cause of death."

The autopsy is expected to take place on Tuesday.

Last month, Scott cancelled her show at London Fashion Week because of production delays, but there had been little public sign that anything more serious was wrong.

Jagger's first wife Bianca Jagger led the outpouring of tributes from celebrities who spoke of a kind and talented woman whose death would leave a gaping hole in their lives.

"Heartbroken to learn of the loss of the lovely and talented L'Wren Scott. My thoughts and prayers are with her family. May she rest in peace," she wrote on Twitter.

Tributes from the stars
Pop superstar Madonna – just one of the many high-profile women who wore Scott's clothes – released a statement calling her death "a horrible and tragic loss".

US media reports said Scott was found with a scarf tied around her neck.

A spokesperson for the New York Fire Department confirmed only that firefighters had found a dead body when called to the address to respond to a "possible cardiac arrest".

In a relationship for well over a decade with Jagger, Scott had appeared to give the ageing rocker a degree of romantic stability despite the couple's 21-year age gap.

Before meeting Scott, Jagger had a multitude of affairs with models, singers and actresses, and has fathered seven children with four women.

Adopted by Mormons
He twice married models –? Bianca and Jerry Hall – while other ex-lovers include singers Marianne Faithfull and Carla Bruni, who is now married to former French president Nicolas Sarkozy.

Born in Utah, Scott was adopted by Mormons and worked in Paris as a model before finding herself more interested in dress-making than walking the runway.

She moved to Los Angeles, where she began to work as a stylist and a costume designer for films before launching her own brand, now stocked in some of the world's most exclusive shops.

Launched in 2006, she called her first collection Little Black Dress, and then moved into shoes, handbags and eyewear, as well as collaborating on cosmetics with Lancôme in 2010.

Most recently, she collaborated with high-street fashion brand Banana Republic on apparel and accessories for women. – AFP