A letter from… London 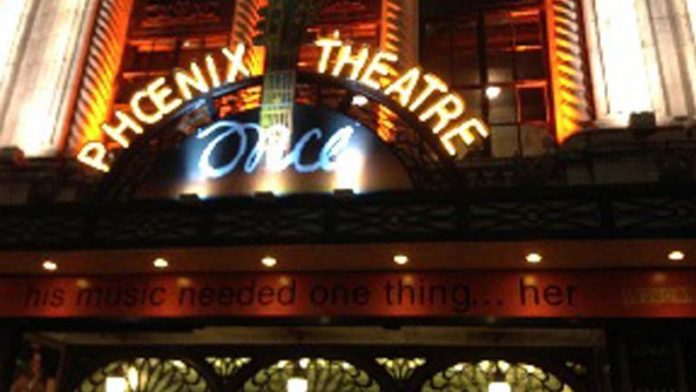 When I tell people I live in London, I can almost see the red double decker buses, Big Ben and gloomy skies in their eyes and more often than not I’m asked what it is about the city that I love so much. While cynics regard London as over glorified, expensive and cold, for me it’s a place that allows me to indulge in my love of fashion, food and fancy things.

What most people don’t know is that I’ve spent the last two years in this glorious city on a student budget. Instead of this being a restriction, it has actually enhanced the experience of living here. Exploring the best parts of London doesn’t require millions, just a good pair of walking shoes (or, in my case — maybe a few hundred pairs).

The fashion industry is often perceived as a pretentious world, but in London it’s so much more than that. It’s a form of art and design that’s more than Oxford Street. Being a student at the London College of Fashion means being aware of the fashion exhibitions taking place throughout the year and, contrary to popular belief, it’s not always a curation of clothes filling rooms in a museum, but often a look into the thought process of designers expressing themselves though the art of couture.

The “Hello My Name is Paul Smith” exhibition currently on at the Design Museum allows visitors to step into the world of designer Paul Smith and discover his unique and intuitive take on fashion and design. The exhibition charts the brand’s beginnings with its first shop in the 1970s, footage that offers rare insight into the designer’s mind and creative process and the various stages of design and production behind a collection.

London Fashion Week can also be regarded as an exhibition and it doesn’t require invites to the shows to experience the buzz. It takes place at Somerset House twice a year and while the event showcases some of Britain’s finest design talent, the streets around the area are filled with bloggers and fashion enthusiasts showcasing their own personal street style.

One of the best things about shopping in the city is affordability. As a student, one would think that it would be difficult for me to justify the cost of my shoe addiction and to keep my coveted wardrobe, but the truth is that there’s a savvy solution to shopping for designer products: sample sales. It used to be a time-consuming process of networking to find out about these secret sales, but social media and fashion bloggers have blown the lid off them and it has become easy to go to these not-so-secret sales.

I’ve been lucky enough to shop at Stella McCartney’s, Revlon’s, Hugo Boss’s and the incredibly talented shoe designer Sophia Webster’s sample sales and walk away with bargain deals. Winter While London’s winter months are rather bitter, more so for a South African like myself, there’s no better place to experience a true white Christmas.

Although it didn’t snow last year, it’s still a very different experience to spending Christmas on the beach in Camps Bay. The crowds at Winter Wonderland (a market fair and amusement park at Hyde Park) are testament to the fact that the city doesn’t slow down, even in the harshest weather. It’s one of the best places to get into the Christmas spirit, with all senses being stimulated by the smell of roasted chestnuts, the sounds of excitement and joy from the amusement park riders, visuals of bright colours and lights, market stalls filled with trinkets to touch and buy, and candy to tantalise the taste buds.

The rest of the season is filled with Christmas concerts, outdoor ice skating, shopping and — one of the main calendar events — the turning on of the Christmas lights on Oxford Circus and Regent Street, which is celebrated with a music concert attended by thousands of people. There are many wonderful things about Christmas in London, but my favourite is the extravagant Christmas window displays.

Last year’s winner was definitely Harrods department store, with their spectacular Harrods Christmas Train Express. Each window represents a carriage on the train, occupied by the most glamorous mannequins. Walking past the windows felt like being transported into another era.

If there’s one thing that’s guaranteed to put a smile on my face, it’s visits to the various London markets dotted around the city. Camden, Notting Hill, Broadway Market, Borough Market and Brick Lane Market, to name a few, provide the best street food, fresh flowers and vintage and independent stalls and shops.

One of my favourite pastimes is browsing the paperback books at Broadway Bookshop, a quaint little shop on Broadway Market, followed by a lunch from the street vendors, who offer a variety of foods from around the world. Thanks to the eponymous movie, Notting Hill market is always crowded on Saturdays, but I usually prefer heading over to Portobello Road during the week to visit some of the vintage stores.

On one very lucky occasion, I picked up a second-hand pair of Christian Dior shoes and a vintage Dior vanity case. I live close to Little Venice and often walk by the floating barge cafés right up to Camden market. Camden is considered the hangout spot for Goths and many of the shops are filled with funky leather items, but it’s also filled with pretty vintage clothes made of lace, chiffon and cashmere.

Deciding where to eat has to be the hardest part about living in the city of too many choices. My go-to restaurant is Jamie Oliver’s Recipease, a food and kitchen shop with a cafe on the top floor. The main attraction of the franchise is the cooking classes offered to everyone, including cooking hazards like myself, but the takeout and café menus are just as great. Afternoon tea is an English taste experience to which I usually treat friends who are visiting.

Naturally my favourite option is the Berkeley’s designer afternoon tea, Prêt-à-Portea, inspired by the themes and colours of the fashion and offering edible delicacies with a fashionista twist. Dessert is usually an easier option for me. I head to Burlington Arcade, Britain’s first shopping centre, situated in Mayfair and home to my favourite French patisserie, Laduree, famous for their macaroons.

Ending up at tourist spots is inevitable in London, and patience and time are absolute requirements, so instead of avoiding them I’ve handpicked my favourite places and times to visit. Taking strolls is the best way to experience the city and if it’s too cold, buses are more fun than the underground, because you get to see the sights and you don’t have to give up using your phone for half an hour.

Instead of taking a ride on the London Eye with the crowds of tourists and long queues, I prefer climbing to the top of St Paul’s Cathedral to experience the breathtaking views of London from atop. The classic dome is the work of Sir Christopher Wren, whose designs shaped the “new” London after the Great Fire.

I love experiencing the London fog despite the havoc it plays with public transport. It obscures the city’s landmarks, giving it a sense of mystery, and the streets are usually very quiet. But there’s nothing better than watching a sunset on a clear day. Parliament Hill and the Thames River provide perfect backdrops.

I’ve always wanted to see the Crown Jewels at the Tower of London, but I’ve never been able to handle the crowds, so instead I took a trip to the Queen’s Gallery at Buckingham Palace to catch the In Fine Style exhibition, an exploration of fine Tudor and Stuart fashion. The British Library is one of my favourite spots to work on my dissertation. The smell of the old books and the serene atmosphere help me to concentrate.

I’ve managed to see almost every musical and theatre production on the West End thanks to bargain tickets from lastminute.com. Thriller, Wicked and Once the musical are just a few of the great productions I’ve seen this year.

The lack of gardens and space usually means many visits to various parks throughout the year. Kew Gardens on a summer’s day has so much to offer. The Palm House is home to the world’s most exotic palm trees and I’ve even climbed up to the treetops to see the palms from above. Other favourites include checking out the daffodils in St James’s Park on a spring day and hiring deck chairs for people watching in Hyde Park on a rare summer’s day.

I also love attending Regent’s Park open-air theatre during summer. I’ve seen classics such as Romeo and Juliet, Pride and Prejudice and a Midsummer Night’s Dream. So there you have it. All the reasons I love the fashionable lifestyle in the British capital.

An uplift for the Eighth District

Budapest’s Eighth District is shaking off its sleazy reputation with cafes, clubs and art spaces opening up in an area laden with faded grandeur.
Read more
Special Reports

Going GoPro in a midlife crisis

I’ve started buying expensive toys before i actually need them. Should I go for it and start to wear leather trousers and a ponytail?
Read more
Special Reports

A guide to treating your vegan guests

If you’re a vegan marrying into a bunch of carnivores, there’s probably not much we can do for you except wish you lots of luck and infinite patience.
Read more
Special Reports

The car of the future lives today, and is more likely to be parked in your garage than you think, writes Richard Bingham.
Read more
Special Reports

An autumn view of Africa

Open gardens, botanical vistas, cycling tours and picnic perfect parks; we have it all in South Africa, many of them not far from your front door.
Read more
Special Reports

Skating on sea ice in Sweden

From icy adventures to laid-back skiing and cool design, Sweden is the perfect place for a wintry break. Kevin Rushby starts by skating on thick ice.
Read more
Advertising