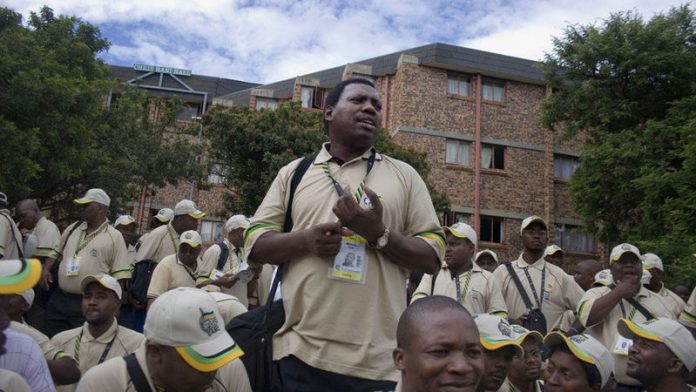 "You show me yours and I'll show you mine." That is a pretty accurate summation of the attitude of most political parties when it comes to political donations and transparency. The ANC has Chancellor House, an investment vehicle that bids for state contracts, and Helen Zille has had curry with the Guptas.

Because South Africa has no legislation regulating private donations to political parties, private individuals and companies are able to donate as much as they wish in secret, leaving the door wide open for corruption and the buying of influence.

In a country already divided by high levels of inequality, wealthy individuals are able to influence policy in myriad ways, thus "drowning out" the voices of the already poor and marginalised. Yet legislation cannot be the panacea for all ills and will not solve the complex ways in which the influence of money on the body politic manifests itself. It is also crucial that political parties are able to raise money for much-needed activities, from building research capacity to electioneering. The missing link in the present laissez-faire situation is transparency.

It is threatening to become a rather tired debate, started in 1997 when the Public Funding of Represented Political Parties Act was passed in Parliament. That Act allows for money to be appropriated from the public purse for the maintenance of political parties between elections. At the time, many argued that the Act ought to include some regulation of private donations to political parties. Valli Moosa, then the minister of constitutional development, refused to accede to this. So the law allows for money from the public purse to be allocated to political parties on a 90:10 split. Ninety percent of the funding is therefore allocated proportionately – that is, according to the percentage of votes received in elections and 10% is distributed equitably between parties represented in Parliament.

Yet public funding amounting to R104.8-million for 2013 remains insufficient; political parties have to raise money from private sources, especially at election time. In 2005 the Institute for a Democratic South Africa (Idasa) took five major political parties to court to reveal their sources of funding in terms of the Promotion of Access to Information Act. Idasa's contention was that parties are public bodies; the public has the right to know who funds them. In a somewhat narrow judgment from Judge Ben Griessel in the Cape Town high court, it was found that political parties are private bodies and there is no need for them to disclose their sources of funding.

Since then, a litany of scandals have indicated that, when there is no transparency as regards political donations, companies or wealthy individuals are able to donate money in secret and buy influence from those in power. The thorny issue of political donations has many manifestations. Think Harksen in the Western Cape, Count Augusta and Peter Marais, Oilgate, the arms deal and Guptagate, among others.

So what is to be done as we stand on the cusp of an election? What is clear is that nine years have passed since the Idasa court case and there has been no movement on the matter, and it is for this reason that ANC treasurer general Zweli Mkhize's latest suggestion regarding political donations has piqued interest. What Mkhize is suggesting is a "trust fund" into which companies or individuals could make donations that will then be allocated among political parties according to a set formula. Mkhize also said that he is prepared to facilitate a meeting of business leaders to discuss the matter.

Essentially, what Mkhize is suggesting is a democracy fund, an idea that has raised its head a few times over the years since the Idasa court case. This would allow businesses to make a contribution to multiparty democracy; it would allow transparency and would be managed by an independent body such as the Independent Electoral Commission, though Mkhize is suggesting the National Assembly.

Of course the devil will always be in the detail, but a democracy fund could create an environment in which companies are able to make political donations and in which there is transparency regarding the amount of the donation and the donor. In that way, the buying of influence is diluted.

The door would still be left open for dodgy donations because there is no law that regulates private funding to political parties. Yet, should Mkhize's idea take root, it would go some way towards opening the discussion about transparency in relation to political donations.

There is increasing evidence that many corporate donors – certainly those that wish in good faith to support the constitutional principle of multiparty democracy – would prefer to make donations openly. In turn, there are indications that greater openness will, in fact, result in a higher level of corporate donations from those that seek to see their contributions put to good use.

Recently, Absa bank announced that it will no longer make political donations. Could it be that the current laissez-faire situation is compelling some donors simply to stay away from donating altogether? Other companies keen to do things openly have settled on distinctive formulae designed to distribute funding proportionate to the numbers of seats that parties hold in the National Assembly. Some have argued that this simply reinforces the current power dynamic within our political system, yet it does begin a serious discussion on the issue.

Mkhize's suggestion therefore deserves serious consideration from within his own party and the opposition, as well as business and civil society. Transparency is, after all, ­everyone's business and multiparty democracy requires properly funded and functioning political parties.

Judith February is a senior researcher in the governance, crime and justice division at the Institute for Security Studies.

Judith February will chair a round-table discussion on the regulation of party funding with ANC treasurer general Zweli Mkhize, Democratic Alliance MP Lance Greyling, Lawson Naidoo of the Council for the Advancement of the South African Constitution and Greg Solik of My Vote Counts on March 27 at 6 Spin Street, Cape Town, starting at 10am. RSVP: [email protected]

Judith February is based at the Institute for Security Studies and is a visiting fellow at the Wits School of Governance.