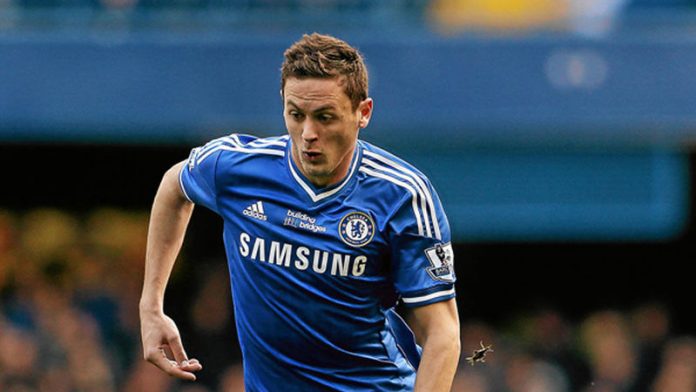 Nemanja Matic did not have a decision to make. The midfielder had taken a call from his agent at his Portuguese villa, five minutes up the road from the swish coastal resort of Cascais where the sun beat down, his young family were settled and his position within the Benfica setup had long since felt integral. His representative was phoning to confirm that Chelsea, a club that had considered him surplus to requirements a few years earlier, were keen to lure him back to the drizzle and chill of a London winter.

The response was immediate. "We spoke for one minute; that was it," the Serb recalls. "I knew what was best for me. I had no doubts about coming back."

And that was that. There were apparently no tentative inquiries as to what he might hope to earn the second time round at Stamford Bridge. No request for his agent to seek assurances the player would be granted more first-team chances should he return to the Premier League. Not even, and perhaps most perilously, a pause to deliberate with his wife over a return to England.

Matic, a youngster of promise plucked from Slovak club Kosice just as Middlesbrough signalled their interest, had barely been sighted in a first spell in England that had technically stretched to two years, but had yielded only three cameos amounting to 65 minutes of senior football.

Two months into his second coming and already, the reasons the Serb was targeted by José Mourinho as a mid-season priority are clear.

Changed man
The 25-year-old is a changed man from the rather callow, wiry youth who once aspired to be Chelsea's playmaking No 10.

These days he is physically imposing, toughened up by two and a half years spent competing at the top end of the Portuguese league, with class and progression in his passing and aggression in his tackling.

He is unrecognisable from the youngster who had been loaned to Vitesse Arnhem back in the summer of 2010 and then, mid-season, used as a makeweight in the £23.5-million deal that brought David Luiz from the Estadio da Luz.

Indeed, he established just how far he has come in his first Premier League start at Etihad Stadium in early February, when the £21-million signing eclipsed Yaya Toure on enemy territory as Chelsea issued their most eye-catching statement of intent yet.

Somewhere at Cobham, questions will have been asked why the Serb had been permitted to depart almost as an afterthought three years ago.

Hidden talent
Certainly, Benfica coach Jorge Jesus had spied something in the youngster – perhaps physique and comfort in possession – others had missed, with the Portuguese club having stipulated that Matic's release was key to their sanctioning the David Luiz deal.

"When I arrived at Benfica, I'd been playing like a No 10 in the team, but the first thing the coach did was tell me: ‘You are going to be a defensive midfielder here,'" he says.

"So I worked every day with him to improve tactically, and trained hard physically. I'd stay every day after training doing work alone in the gym and, with these two things together, I've improved.

"It wasn't easy, because I'd never played that position before. At the start, to be honest, I didn't do well there, but Jorge Jesus believed in me.

"He believed in my quality and kept saying: ‘Just do what I ask and slowly, you will play better and ­better.' That is what happened. I'd watch DVDs of other defensive midfielders to see how they moved and I worked closely with Javi Garcia, who was at Benfica at that time. He already knew what the coach wanted, so that helped my education.

Attacking play
"It took a few months, but I got there. Benfica always play to attack: they feel they can win every game in the Portuguese league, so when we didn't have the ball, I'd always try to [regain it] and set up a counterattack quickly. I enjoyed it.

"I am different now. I'd first come to Chelsea from Kosice and, for me, that was a dream. It's not easy making that move. I was maybe the first player to come from Slovakia to a club like Chelsea, who normally buy players from Holland, Spain, Italy, Portugal. I was 20 and it was an experience, but there were big players here in my position: Ballack, Lampard, Essien in the best moment of his career, and I was out injured for four months as well.

"It's tough for young players to play in the Premier League anyway. So when there was the chance at Vitesse, that was important. That's also why I chose to go to Benfica, because it was a chance to improve myself by playing. They're a big club, with six million fans in Portugal alone, so it helped me to develop as a player and as a person.

"But this was the right moment to play in the Premier League again. I am prepared to do well here. It's the best moment in my career."

His timing is better this time round. Matic was part of a Benfica team who had been "nearly men" during his spell at the club, a team twice pipped by Porto to the league title and by Vitoria Guimaraes in the Portuguese Cup.

Only honour
The 2012 League Cup was his only honour, with Chelsea having inflicted their own heartache in Amsterdam last May. The Europa League final had been tied at 1-1 deep into stoppage time when Matic's compatriot and close friend, Branislav Ivanovic, rose to head in Juan Mata's corner and claim the trophy.

"I sent him a message after the game saying he has such a big head, that's why he'd scored," says the midfielder.

"This is football. I'd prefer to have forgotten that match … But Branislav is a good man, someone who helped me a lot the first time I was here."

The victory at City set a standard and pepped conviction within this squad that the title could actually be claimed for the first time since 2010, when a young Matic had emerged from the bench against Wigan with 20 minutes of the season remaining and the hosts already 6-0 up. They would score twice more before the end.

The lead at the top stands at four points from Liverpool and Arsenal, who both have a game in hand, and six points on Manchester City even if Manuel Pellegrini's side have three games in hand.

The coming weeks will determine whether they can be held off.

'More confident'
"But this Chelsea is more confident, certainly, than the team Benfica played in the Europa League final," the Serb says.

"We play better football and, at this moment, are playing well. We may not be favourites but, as Wigan showed against City in the FA Cup, in football, favourites do not always win.

"I do know that being here will help me. My wife and son cried when we left Portugal, but I had to move. I want to improve, to play good football in a top league. This is what I am doing now under the best coach in the world." – Guardian News & Media 2014

Mourinho: ‘Special one’ or ‘surly one?’

Foxes building on a miracle

Are the EPL standings lying to us?

The absurdity of Premier nitpicking