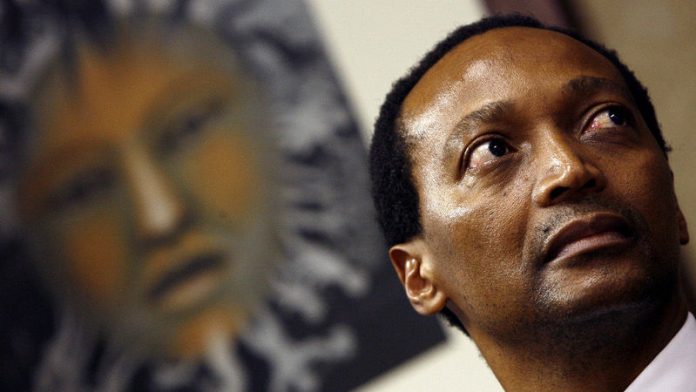 Patrice Motsepe, the South African billionaire who is deputy chairman of insurer Sanlam, plans to start a financial-services company, the Financial Mail reported.

Ubuntu-Botho Financial Services will be involved in asset management, private equity and insurance, the Johannesburg-based weekly magazine reported on Wednesday, citing an interview with Motsepe.

He is planning an initial public offering [offering the stock of the company on a public exchange] for the new firm in Johannesburg, the Financial Mail said.

Sanlam, the largest South Africa-based insurer, sold a stake in its business to Ubuntu-Botho, a group of black investors led by Motsepe, in 2004. The transaction was part of the country's efforts to increase black ownership to make up for economic discrimination under apartheid.

Motsepe, 52, is worth $2.5-billion, according to the Bloomberg Billionaires Index, and his stake in Cape Town-based Sanlam is valued at $625-million.

Families struggle with funerals under lockdown

Families have found the cultural cost of burying their loved ones under lockdown difficult to bear, but the financial costs have reduced
Read more
Coronavirus

COMMENT We live in a divided political environment and amid radical economic disparities. But there is one thing...
Read more
Business

There’s never been a better time to invest in Africa

Investing in our continent enables much-needed growth and economic development, and can offer strong returns
Read more
Advertising
Continue to the category
National