Beyond Thuli: The Nkandla fight goes on 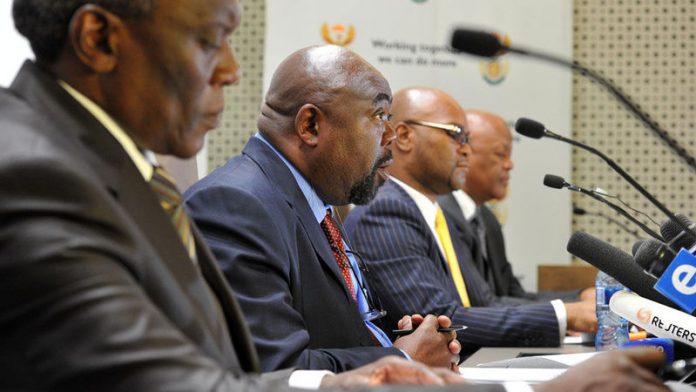 The release of the public protector’s report concludes the third inquiry by a public body into the manifestly wasteful public expenditure on President Zuma’s private residence.  Advocate Madonsela’s investigation however, unlike the interministerial task team investigation or that of the Joint Standing Committee on Intelligence based on it, was unique in its unfettered scope, independence and insistence on tackling the high-ranking officials involved in the so-called Prestige Project A, department of public works’ codename for Zuma’s private estate.  This is why her findings carry greater significance than the others.

However, a fourth inquiry conducted by the M&G Centre for Investigative Journalism (amaBhungane) is currently awaiting judgment in the high court in Pretoria. This inquiry emanates from a request for information under the Promotion of Access to Information Act (Paia), brought nearly two years ago by amaBhungane.

The case has been central to the Mail & Guardian’s reportage on Nkandla as it highlights not only the abuse of state resources for private gain, documented painstakingly in over 12 000 pages of minutes, memos, purchase receipts and correspondence which amaBhungane eventually secured from a reluctant department of public works. But it also highlights the extent to which official secrecy on the basis of spurious threats to national security is used by our public officials to prevent embarrassment.

In July 2012, well before the Nkandla scandal broke, amaBhungane lodged a request at the department of public works for information pertaining to public expenditures on President Zuma’s Nkandla home. The request highlighted amaBhungane's interest exclusively in information that was not security-sensitive. The request further pointed out that Paia obliged the department to redact security-related parts of the requested information, while making available the remaining documents.

In its initial response the department rejected the request on the basis of apartheid-era secrecy laws including the National Key Points Act, Protection of Information Act and the Cabinet policy document called “Minimum Information Security Standards”.

No mention was made of a single provision of Paia itself.

Under pressure of litigation, the department eventually capitulated on its initial recalcitrance by releasing 12 000 pages of information.

Unanswered questions
Despite the vast disclosures by the department, there appeared to be significant gaps in the State’s official account of the growing Nkandla debacle.  The disclosed documents all derived from the activities of the Department’s Kwazulu-Natal office, which was directly in charge of the project. These painted a picture, of provincial officials, exposed to consultants and contractors for whom cost was no object, agreeing to ever-costlier, ever more wildly unbudgeted ‘upgrades’ to President Zuma’s property. Few, if any senior officials appeared to be directing the process.

Strangely absent from the disclosed records were correspondence and minutes of meetings involving more senior officials and politicians – those who one assumes should have been directing the process from head office in Pretoria, the more so as it involved the president. And thus vital questions pertaining to senior departmental, ministerial and most crucially presidential involvement in the ever-spooling Nkandla yarn remained unanswered.

To answer these questions therefore, amaBhungane persisted with its court action.

In December 2013, amaBhungane’s lawyers argued on the basis of these issues, that the Department was obliged to provide further documents.  The Department argued that it had provided the same documents to amaBhungane that it had provided to Advocate Madonsela, that its search had been exhaustive and that any supposedly missing documents either did not exist or had been misplaced.

Oral evidence
AmaBhungane’s lawyers refuted these arguments.  They argued that given the previous duplicity by the department’s director-general, arguing initially that all information was security-sensitive only to release 12 000 documents without any apparent declassification, the department’s account simply could not be trusted. They then requested that the judge refer the matter to oral evidence on the basis of a legal rule known as “Plascon-Evans”.

According to this rule, if there is a significant dispute of facts between two parties, a judge may refer the matter to oral evidence. This will allow amaBhungane’s lawyers to cross-examine senior officials about the whereabouts of the missing records..

Consequences for failing to appear before court or for lying under oath during a cross-examination may result in public officials being found guilty of contempt of court. Their room for manoeuvre is therefore limited.

The alternative to this scenario, is that the Judge orders these missing documents to be provided to amaBhungane. This too could extend further the public’s knowledge.

In this sense, the public’s right to know might well be advanced further than it already will be through the public protector’s inquiry.

The battle against secrecy however has not been amaBhungane’s alone. The public protector’s own investigation was filibustered late last year when the security cluster sought to abuse a “right of reply” process to thwart her investigation altogether.  They claimed that the information in her report revealed “numerous breaches” of security while failing to indicate even one.

They further argued that the report revealed classified information which would compromise national security and that of the president. In supporting her case, she provided as evidence the department’s claim that it had provided to her exactly the same set of documents to her that it provided to us.  It could not therefore argue that the very same documents which were made publicly available were now top secret in the hands of the public protector.

The security cluster was once more chastened into an uneasy silence.

The painstaking attempts by journalists, activist organisations and Chapter Nine institutions to unearth the details of the Nkandla story have revealed the power of our laws in counteracting the State’s secrecy reflex.

Hanging over these attempts however is the ever-present threat of the “secrecy Bill” currently awaiting the president’s signature before becoming law.

Among its many pernicious provisions, the Bill will allow the state to determine rules for access to classified information for Chapter Nine institutions, including the public protector. What was previously withheld by foot-dragging will be impenetrably fortified by Draconian legislation.