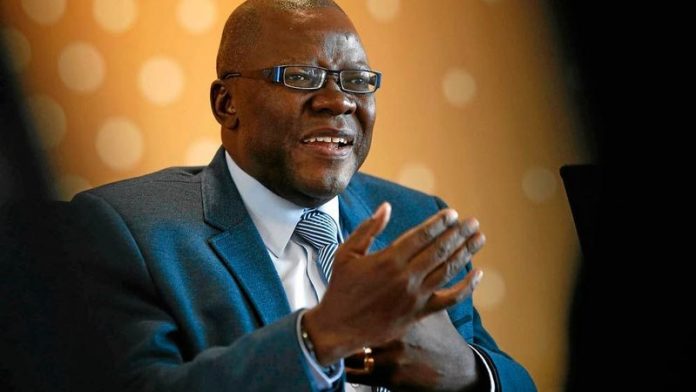 Internal strife is intensifying in the Movement for Democratic Change, amid indications that secretary general Tendai Biti and his faction are moving to suspend their leader or break away as infighting reaches boiling point.

Three senior party officials – one of whom sits on the national council, another who is a member of the 13-person standing committee and a third who is a member of the national executive – spoke to the Mail & Guardian this week. They confirmed that Biti and his group are plotting to suspend Morgan Tsvangirai for allegedly violating the party's constitution over a dispute arising from the suspension of deputy treasurer Elton Mangoma.

"The situation is deteriorating and political tensions are escalating. It will get dirtier and nastier in the coming days and weeks," one senior party source who is a member of the national council said.

"Tsvangirai and his faction are going around the country addressing rallies in a bid to condemn and isolate Biti and his allies, who are being depicted as sellouts."

Meanwhile, Biti and his group are said to be moving behind the scenes to outmanoeuvre Tsvangirai. They are allegedly addressing private meetings and mobilising structures. They also reportedly have the support of Western donors who have abandoned Tsvangirai.

Tsvangirai has so far addressed rallies in Harare, Chitungwiza and Bulawayo, attacking Biti while rallying his support for the party leadership ahead of an elective congress, which might be brought forward from 2016 to late this year or early next year.

Members of the Tsvangirai camp who spoke to the M&G said their strategy is to mobilise party structures and force an early congress, and thereby obtain a fresh mandate to lead the party for the next five years.

"We are going around the country addressing rallies and structures so that we go for an early congress. We want to see who is the real MDC boss between Tsvangirai and Biti. The people will deliver the final verdict," said one of the senior officials, who confessed to being aligned with Tsvangirai and is a member of the national executive.

"Biti has no chance against Tsvangirai. They will all lose and go out of the party, their tails between their legs. They want Tsvangirai to go but they don't want us to go to congress to ask the people to decide."

But a senior official who supports Biti and sits on the standing committee said their strategy is to oust Tsvangirai through political processes and not rely on a party congress because they believed the vote would be rigged.

"Tsvangirai is working with our national organising secretary, Nelson Chamisa, who is the brains behind the move to suspend Mangoma and get rid of Biti … He [Chamisa] wants to be the next party leader. So if we allow them to take us to congress … they will wipe us out through rigging.

"We are moving underground, mobilising structures and explaining why we need a change of leadership. Our strength is in the national executive and national council, which we can use to act against Tsvangirai for violating the party constitution … We want to take him to court over that and also suspend him."

'Our plan A is to get rid of Tsvangirai'
An MDC national council meeting held on March 7 resolved to suspend Mangoma for demanding that Tsvangirai must go, but Biti openly rejected the decision, saying it was unconstitutional.

Mangoma's lawyer, Jacob Mafume, himself an MDC member aligned to Biti, is working on a court application to challenge Mangoma's suspension. The papers are expected to be filed this week.

"Once we do that, we then move to suspend Tsvangirai and then the real fight begins," the Biti-aligned senior official said.

"We are keeping all options open …our plan A is to get rid of Tsvangirai and seize control of the party. Our plan B is to break away and form a new movement based on the original MDC founding values, which include democracy, human rights, transparency and accountability."

Since the Mangoma issue exploded, Biti has boycotted Tsvangirai's meetings and MDC officials have been insulting each other on social media, with Facebook becoming a battleground of choice.

In an interview this week, Tsvangirai's spokesperson, Luke Tamborinyoka, said the leader's rallies were not a response to the dissent, but rather an exercise the party has been carrying out since last September.

On the issue of Mangoma and Biti boycotting the rallies, Tamborinyoka said Tsvangirai does not send special invitations to party leaders as they all know when the rallies take place.

Tamborinyoka added that Mangoma had been suspended by the national council and not by Tsvangirai.

"[The national council] is a body of over 200 people. Tsvangirai did not utter a single word at that meeting, but the provinces were unanimous in their decision. He [Tsvangirai] has no power to suspend anyone.

"The issue of Mangoma is not about Tsvangirai, but it is an issue between Mangoma and the party."

Response to divisions
Responding to questions on the divisions in the party, Tamborinyoka claimed the party is united and said the fact that Mangoma could raise his unhappiness showed that democracy and debate are tolerated within its ranks.

Tamborinyoka professed ignorance about a court application sources claim would be brought against Tsvangirai this week, saying it is not possible for Tsvangirai to be suspended based on the Mangoma issue.

He added that Mangoma is innocent until proven guilty and will have his day before a disciplinary tribunal.

Although a national executive meeting held last month resolved not to punish Mangoma, moves were subsequently taken by the Tsvangirai faction to haul him before a disciplinary committee. But he was suspended on March 7, before the hearing.

Previous moves to suspend Tsvangirai
Biti's backers offer this as proof that Tsvangirai and his faction are violating the party constitution and should be punished.

The Biti faction also claims that Tsvangirai's group is using violence and intimidation to scare anyone who demands changes in leadership.

The original MDC, formed by Tsvangirai and trade union allies as well as civil society activists, split in 2005, when founding secretary general Ncube led a revolt against the party leader over a disputed national council vote on senate elections.

Although the national council had voted for participation in the senate elections in November that year, Tsvangirai defied the outcome and claimed he had the final say on the matter, leading to serious confrontations and, eventually, a split.

However, before Ncube and his faction left they had tried to oust Tsvangirai by suspending him, together with the late MDC chairperson Isaac Matongo.

Tsvangirai's faction retaliated by claiming to have suspended Ncube, the late deputy leader Gibson Sibanda, senior official Gift Chimanikire and others who had clashed with Tsvangirai.