Zuma will be questioned on Nkandla, says Mantashe 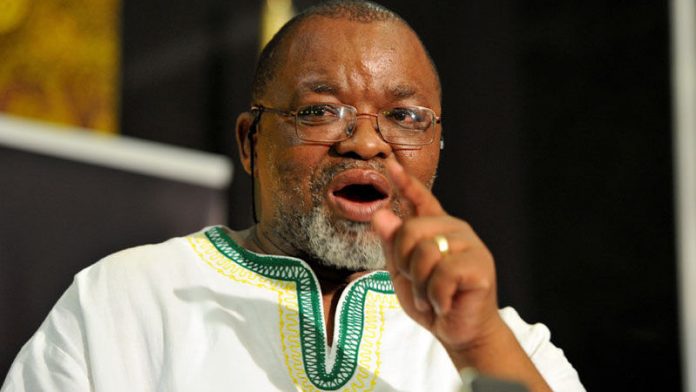 Secretary general Gwede Mantashe said on Thursday that the ANC is willing to call President Jacob Zuma to answer questions on the Nkandla report if necessary.

"If there are issues that the president will have to answer, the ANC will be able to call the president to answer questions on any matter," Mantashe told reporters in Johannesburg.

But he said the ANC believed investigations should be focused on "people who are highlighted in the report".

The state must pursue everybody who fraudulently used state funds, he said.

"All those people must be brought to book, they must be pursued. And that excludes nobody."

He said the ANC's view was to use the report "as a guide" instead of conducting a witch hunt.

Undermine
Mantashe said earlier that the ruling party did not intend to undermine the validity of the Nkandla report.

"We are neither intending to ignore or undermine the validity of the report. There is no such intention within the ANC," Mantashe said.

The ANC was "relieved" that the report had "finally been released to the public".

But the timing of the release of the report remained a concern "in terms of the disruptive effect" it would have on all political parties in their campaigning ahead of general elections in May, said Mantashe.

Concern
Mantashe also said the differences between the inter ministerial task team report and Madonsela's report is an area of concern and may need to be challenged. He hinted at a court review.

"Areas of disagreement as to what should be done with costs of the relocation of the kraal, chicken run, visitors centre, swimming pool and the so-called amphitheatre must be addressed and reconciled by government.

"If agreement cannot be reached within a short space of time, competent institutions of state must review the reports and make a determination. This highlights the dangers of two state institutions investigating the same matter," he said.

Asked what state institution must review and make a determination Mantashe wouldn't be drawn, but mentioned a court of law off the cuff while reading the statement. – Sapa, additional reporting by Verashni Pillay