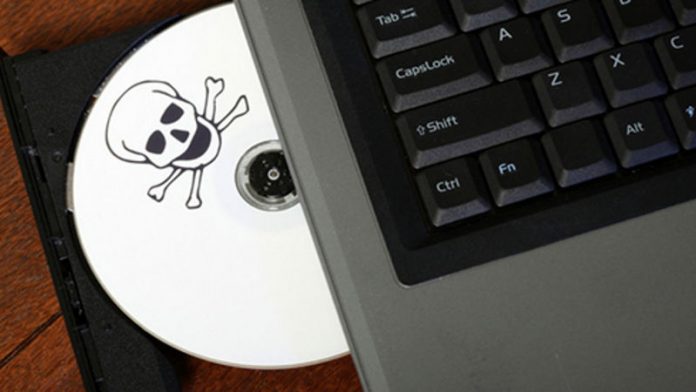 Rather than hacking consumer PCs and home and business networks, cybercriminals are starting to rely on the software piracy industry to leave the 'security backdoor' open, enabling them to more easily steal identities, passwords and your banking login details.

A new study entitled The Link Between Pirated Software and Cybersecurity Breaches has revealed that industrious cybercriminals are employing malware embedded within PCs that are running pirated software, which have been sold to unsuspecting consumers or companies.

This global study conducted by IDC and the National University of Singapore (NUS) surveyed 1 700 consumers, IT workers and chief information officers, as well as government officials in countries ranging from Brazil to the United States. In addition, IDC and the NUS analysed 203 computers purchased in Brazil, China, India, Indonesia, Mexico, Russia, South Korea, Thailand, Turkey, Ukraine and the US. These computers were infected before being sold with unsafe malware, including Trojans, worms, viruses, hack tools, rootkits and adware.

The study was released as part of Microsoft's Play It Safe campaign, which is a global initiative to create greater awareness of the connection between malware and piracy.

Economic implications
According to the study, global enterprises are expected to spend almost $500-billion in 2014 to deal with issues caused by malware deliberately loaded on to pirated software. The majority of this amount, around $364-billion, is expected to be used to deal with data breaches, while the remaining $127-billion will be spent on security issues.

When it comes to consumers though, clients are expected to fork out $25-billion and waste a whopping 1.2-billion hours this year alone as a result of security threats as well as costly computer fixes, which stem from malware on pirated software.

The study revealed that 60% of consumers surveyed said their greatest fear stemming from infected software is the loss of data, whether files or personal information. Following the fear of data theft was that of unauthorised internet transactions (51%) and hijacking of email, social networking and bank accounts (50%).

But 43% of those same respondents do not install security updates, meaning that despite their fears, they are leaving their computers vulnerable to attack by cybercriminals.

Government officials expressed concern about the potential impact of cybersecurity threats to their nations. The primary areas of concern were the loss of business trade secrets or competitive information (59%), unauthorised access to confidential government information (55%) and the impact of cyberattacks on critical infrastructure (55%). It is estimated that governments could lose more than $50-billion as a result of having to deal with the costs associated with malware on pirated software.

Avoid buying a malware-infested PC
Whether you are an individual user, a small business, enterprise or even a government institution, you are encouraged to buy new computers from reputable sources to ensure they are loaded with genuine software.

Microsoft has made a commitment to protect unsuspecting consumers from downloading or purchasing non-genuine software that exposes victims to malware which can lead to identity theft, loss of data and system failures.

Microsoft South Africa chief operating officer Zoaib Hoosen says: "At Microsoft we appreciate that victims of software piracy are often regular customers simply looking for a deal, who are often paying nearly full price for what turns out to be malware-laden pirated software. Microsoft reminds customers to 'play it safe'. Ask questions, investigate the packaging, watch out for 'too good to be true' prices and demand genuine software – to ensure you get what you pay for and protect your family or your business from the threat of malware associated with pirated or counterfeit software. For more information go to www.howtotell.com http://www.microsoft.com/en-us/howtotell/default.aspx."

Microsoft has an online safety and security centre http://www.microsoft.com/security/default.aspx where consumers can learn more about malware and ensure that their PCs are not infected. If malware is found on their PCs, users can access tools that remove the infection. – Gadget.co.za