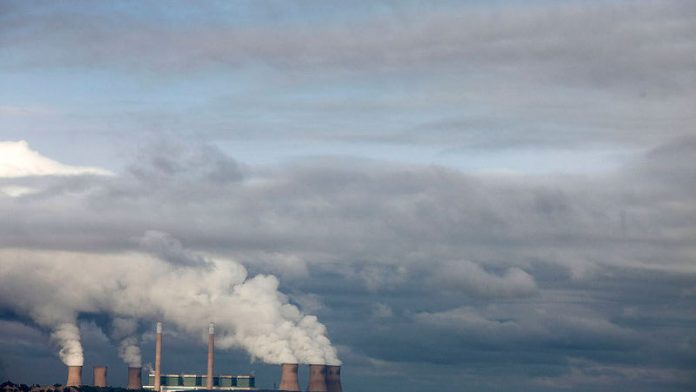 The Nkangala district municipality in Mpumalanga has rejected an application by Eskom to triple and quadruple the particle emissions its Kriel power station is allowed to emit in order to meet the demand for electricity.

The 3 000MW coal-fired power station was given a new licence by the municipality in June 2013. Eskom then applied for a variation on this, citing poor coal, the age of the plant and the power crisis in the country as reasons it had to continue operating at higher emissions limits.

It also asked to be exempt from continuously monitoring the emissions from Kriel's six 500MW stacks. In its application, Eskom said emissions were currently "highly erratic" because of the "unreliability of many of the plant's components".

In the past, Eskom would ask for a variation order, which simply allowed it to exceed its emissions cap whenever it needed to. If this did not happen this time, it said, there was a danger to the national grid. The air quality standards could not be met because of this problem, as there was normally only a 1 000MW reserve, and taking Kriel off the grid was not feasible.

It asked that it be given leeway until 2017, when the plant would start installing flue desulphurisation technology. This cuts down on the sulphur dioxide emitted – a gas linked with chest problems. Until then, it wanted to be able to triple its emissions for most of the month, and quadruple them for four days of each month.

Breaking the law
In an interview last year, Judy Beaumont, the environmental affairs department's deputy director general of air quality, said the plant was breaking the law with its emissions and people were dying as a result.

The application was opposed by several environmental and local groups, represented by the non-profit Centre for Environmental Rights. At the time it said: "Eskom effectively wanted permission to operate with non-functional control equipment and allow only partially controlled emissions."

The parastatal – which provides most of South Africa’s electricity through coal power stations – is faced with having to comply with the Air Quality Act. This was first discussed in 2004, before being passed in 2010 by the environment department. Eskom was included in the process. The law says Eskom has to meet the current legal standards for its plants by April 1 2015. Five years later, its whole fleet has to meet more stringent standards.

Most of these plants are in Mpumalanga, in areas that the environment affairs department has declared air pollution priority areas because of the poor air quality, and the Nkangala district municipality is at the heart of most of these. South Africa is one of a few countries in the world where people are guaranteed in the Constitution an environment that is not bad for their health.

The district municipality rejected most of Eskom's requests, saying that the parastatal failed to properly assess the cumulative impact of their plants on the environment. It also found that its modelling of potential pollution was no thorough enough, and did not look at what happened under different weather conditions.

Punishment
Eskom, therefore, had to comply with the cap for Kriel that was set in its original licence, and by the environment department. Robyn Hugo, from the Centre for Environmental Rights, said: "We certainly hope they will comply." But this would require that affected parties and government kept asking for information to ensure that Eskom complied. "Non-compliance is breaking the law and the state has to ensure the law is obeyed."

The Air Quality Act says anyone convicted for an offence – such as exceeding the legal limits for particle emissions – is liable to a fine not exceeding five years or R5-million. A second offence would double both of these.

The National Environmental Management Act provides that directors and managers at Eskom could also be liable. "Any person who is or was a director of a firm at the time of the commission by that firm of an offence … shall be guilty of the said offence and liable to conviction to the penalty specified in the relevant law."

Eskom told the Mail & Guardian that sufficient leniency was granted in the decision to allow for the station to continue operating. "The power plant will, however, need to operate at lower loads in off-peak times in order to comply with the particulate emission limit." This was being immediately implemented, it said.

Eskom also asked this month for 16 of its stations to be exempt from the Air Quality Act, citing the high cost of compliance and what it said would be the economic fallout of shutting down stations. It did not respond to questions by the time of publication.