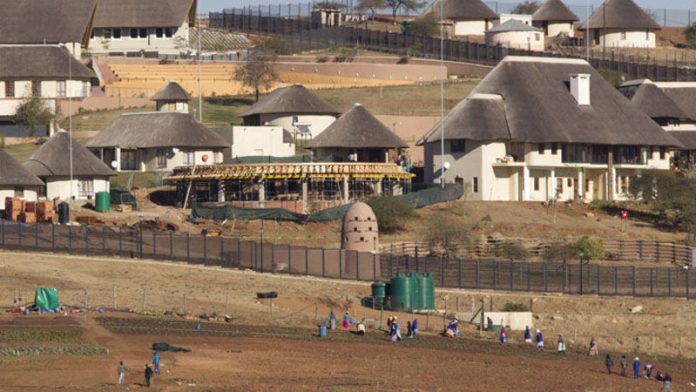 Police Minister Nathi Mthethwa has defended national police commissioner Riah Phiyega after ANC leaders accused her of misleading the party that the swimming pool at President Jacob Zuma's Nkandla homestead was not a recreational facility but a fire pool.

ANC secretary general Gwede Mantashe and the party's treasurer general Zweli Mkhize came out guns blazing last week, demanding action be taken against Phiyega for misleading the party's national executive committee about the swimming pool in January. This was after public protector Thuli Madonsela's final report on Nkandla confirmed that the so-called fire pool was in fact a swimming pool.

Said Mantashe: "Officials who have gone public with inaccurate information must be censured, like the information and description of the swimming pool as the fire pool, and the details given to explain this matter constitute a misrepresentation of facts. The minister of police is expected to take appropriate action in this regard."

But when asked by journalists on Monday at the ANC peace and stability subcommittee breakfast briefing, Mthethwa appeared reluctant about taking action against Phiyega.

"When she [Phiyega] was speaking on the issue, because there was a need to identify a water reservoir, whatever she said on the matter was said by the security cluster. It's not her [personal] views," said Mthethwa.

Phiyega made a presentation to the ANC NEC in January and assured leaders that the swimming pool was a fire pool.

Explanations
The Mail & Guardian also spoke to two ANC members who attended the NEC meeting shortly afterward. They wanted to remain anonymous, as they were not authorised to speak to the media. But they indicated that a number of NEC members went into the meeting seeking explanations about the Nkandla upgrade.

"Our biggest concern was: Was public money spent?" the member said. "They showed us a breakdown of expenses." He added then that there was greater ease about the matter after the NEC meeting.

Another NEC member said that the matter of the controversial "fire pool" had been addressed and they were told it was simply a concrete hole in the ground to store water for fire-fighting, as a bucket does not have the capacity to carry that much water – 40 000 liters was the figure they were given.

"You can't swim in that," the second member said. "One of the ministers was saying to us, when she went there with the public protector, the pool had algae."

One likened it more to a pit, although another cautioned that, not being engineers, they could not say for sure. But again, the consensus was that poor communication has surrounded the issue and the NEC members have resolved to work to "help the public understand". The party drove the idea of the fire pool following that NEC meeting based on this erroneous information.

No regret
Meanwhile on Monday, Mthethwa told journalists that the government did not regret declaring Nkandla a national key point.

Madonsela found that Mthethwa's failure to "properly" apply his mind when signing the declaration of Zuma's Nkandla home as a national key point constituted improper conduct and maladministration.

She said Mthethwa failed to direct Zuma to implement security measures at his own cost or to properly modify the declaration during the upgrades at the president's private home.

"With the National Key Points Act having been inexplicably dragged in halfway through the implementation of the Nkandla project, its provisions had to be complied with. This did not happen. Neither was there compliance with the contents of the declaration of the Nkandla residence as a national key point, signed by the minister of police on April 8 2012," said Madonsela's report.