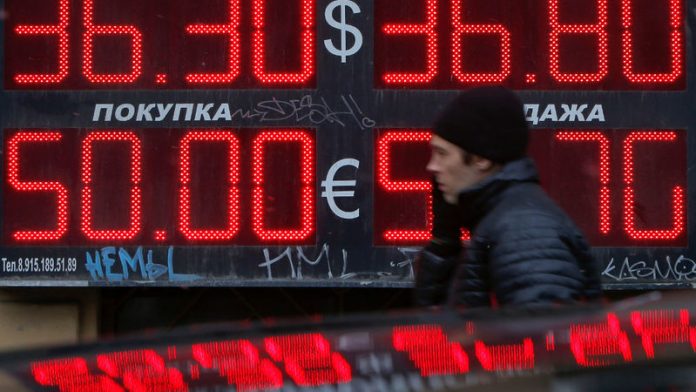 Russia and the West sought to draw a provisional line under the Ukraine crisis on Tuesday after major industrialised nations warned Moscow of tougher economic sanctions if it goes beyond the seizure of Crimea.

After initially scoffing at a decision by the United States and its allies to boycott a planned Group of Eight (G8) summit in Sochi and hold a G7 summit instead without Russia, the Kremlin said it was keen to maintain contact with G8 partners.

"The Russian side continues to be ready to have such contacts at all levels, including the top level. We are interested in such contacts," President Vladimir Putin's spokesperson, Dmitry Peskov, told Interfax news agency.

British Prime Minister David Cameron signalled meanwhile that while the West did not accept Putin's annexation of Crimea, it would take more severe measures against sectors of the Russian economy only if he went further.

"There's a view that the status quo is unacceptable, but there's then another very, very strong view that any further steps into Eastern Ukraine would be even more serious and would result in much greater sanctions," Cameron told reporters in the Hague when asked whether the West accepted that Crimea was lost.

While maintaining a barrage of hostility against the Nato and the United States in its state-owned media, Moscow made two conciliatory gestures on Monday as its deputy economy minister acknowledged up to $70-billion in capital may have fled his country in the first quarter of the year.

Foreign Minister Sergei Lavrov met his Ukrainian counterpart Andriy Deshchytsia for the first time on the sidelines of a nuclear safety summit in The Hague, even though Russia does not recognise the Kiev government.

Moscow also allowed the first monitors from the pan-European security watchdog OSCE to begin work in Ukraine after prolonged wrangling over their mandate, which Russia says excludes Crimea.

The Ukrainian foreign ministry said Deshchytsia protested at the annexation of Crimea and Kiev regarded the territory as its own. Lavrov said Russia did not intend to use force in eastern and southern regions of Ukraine, and "the two sides agreed not to fuel further escalation in the Crimea problem that could cause casualties", it said.

Economic concerns
Ukraine ordered its remaining forces in Crimea to withdraw on Monday for their own safety after Russian forces fired warning shots and used stun grenades when they stormed a marine base and a landing ship. There were no casualties.

Kiev also backed away from a threat to cut off water and electricity supplies to the Black Sea peninsula, which Russia annexed last week despite Ukrainian and Western protests.

Putin's spokesperson Peskov reiterated that since Russia's Black Sea fleet, based in Crimea, was no longer on Ukrainian territory, there were no legal grounds for continuing to give Ukraine a discount in the price it pays for Russian gas, especially since he said Kiev was not paying its arrears.

US and European officials said no one pressed for wider economic sanctions now against Moscow when President Barack Obama met leaders of Germany, France, Britain, Italy, Japan and Canada. But they agreed that Russian intervention in eastern or southern Ukraine would trigger additional sanctions, as would violence in Crimea, a US official said.

"The biggest hammer that can drop is sectoral sanctions. The clearest trigger for those is [intervention in] eastern and southern Ukraine," the official said.

Reassurance
The United States sought to reassure Kiev on Tuesday that this did not mean it was giving up on Crimea. "Ukraine and the United States emphasise that they will not recognise Russia's illegal attempt to annex Crimea," the two countries said in a joint statement.

"Crimea is an integral part of Ukraine. The United States will continue to help Ukraine affirm its sovereignty and territorial integrity."

The G7 leaders also called on the International Monetary Fund to reach agreement swiftly on a financial support package for Ukraine's shattered economy, which would unlock additional aid from the European Union and Washington.

Both the West and Russia sought to woo other key nations present in The Hague.

Obama, who discussed the Ukraine crisis with Chinese President Xi Jinping on Monday, met President Nursultan Nazarbayev of Kazakhstan, which is part of a customs union with Russia but is also seeking to join the World Trade Organisation.

Nazarbayev, a veteran of the last ruling Communist politburo before the collapse of the Soviet Union in 1991, expressed understanding for Russia's position in a telephone call with Putin on March 10.

In a joint statement that did not mention Ukraine or take a position on the annexation of Crimea, they said: "The escalation of hostile language, sanctions and counter-sanctions, and force does not contribute to a sustainable and peaceful solution, according to international law, including the principles and purposes of the United Nations Charter."

Nato and US officials continued to voice concern about the massing of Russian troops near eastern Ukraine for what Moscow says are routine military exercises.

European diplomats said tentative signs that Putin may have decided to go no further than Crimea in his declared campaign to protect ethnic Russians in Ukraine and other former Soviet republics may reflect concern about the economic consequences.

The Russian economy ministry said on Monday that growth in February was close to zero, inflation was rising fast, and capital was pouring out of the country. "There won't be a recession, but there is a problem of stagnation: its length and depth. Unfortunately the investment slump is continuing. I'm not ready to say how long it will continue," said Deputy Economy Minister Andrei Klepach.

Russian shares and the rouble rose moderately on Tuesday on the absence of new G7 sanctions.

The crisis is also taking a toll in Western Europe. German business morale dropped for the first time in five months in March as firms in Europe's largest economy began to worry that a standoff with Russia and further sanctions over Ukraine would hurt them in a key market, the Munich-based Ifo institute said. – Reuters