Proteas weigh up their options 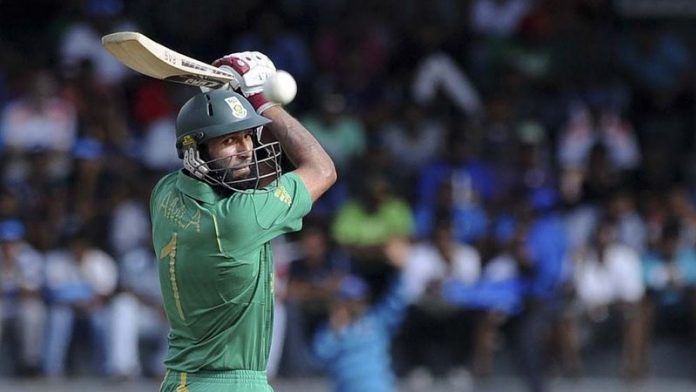 A happy team is always likely to perform better than an unhappy one, certainly as far as its tactical approach is concerned, so the Proteas can have no complaints about the seemingly outdated methodology being implemented at the T20 World Cup in Bangladesh. They are the architects of their own approach and will live and die by the results.

Captain Faf du Plessis has explained on several occasions how comfortable the team is with having Hashim Amla playing an old-fashioned anchor role at the top of the order. He has also spoken about his concerns about losing AB de Villiers too early if he batted higher than his current number four, or even five, and was unlucky enough to receive "a good ball".

Head coach Russell Domingo declined to comment when asked about the tactics earlier this week – start slowly and build towards a crescendo with wickets in hand – which may suggest he, like most observers, recognises the trend among all other major nations to maximise the scoring potential in the six-over power play at the beginning of the innings before regrouping for a final assault.

Du Plessis and the senior players appear to be concerned about the consequences of such an approach going wrong rather than considering the benefits of it going right. You always have a chance of winning with 150 on the board, or of chasing 100 from the last eight overs with seven wickets in hand, but you have no chance of winning if you are bowled out for 100 or lose half your batsmen with eight overs to go.

'In the game'
Performance director Paddy Upton has reminded players for years of the importance of being "in the game" at major events, even with an "average" score, rather than collapsing in pursuit of perfection and an "easy" win. There is merit in that argument, although it fits the 50-over version of the game far more comfortably than the 120-ball version. Even if attacking the power play involves only the opening batsmen, that is the way the rest of the world has headed. Perhaps Quinton de Kock will find the free-scoring form needed in the remaining games.

Dale Steyn's demonically inspired performance against New Zealand, in which he defended a mere seven runs in the final over with the Black Caps enjoying the luxury of five wickets in hand, will rarely be repeated. The Proteas cannot rely on that sort of wizardry again.

Thursday's game against the Netherlands was an opportunity to boost the net run rate which may yet become vital in qualifying for the semi finals. Instead, it witnessed one of the South Africa's most inept T20 performances ever as they scraped home by just six runs after posting a wholly inadequate 145-9. There is a possibility that three teams – New Zealand, South Africa and England – will be tied with two wins and two losses if Sri Lanka win all four of their qualifying games. After the heart-stopper against the Dutch, however, even victory against England in the final group match on Saturday might not be enough.

Calm, steady, measured and assured? Make certain that they are "in the game"? It is unlikely to be the approach of Australia, India, Pakistan or Sri Lanka. But maybe, just maybe, it will be the approach that prevails. Once again, despite all-time low expectations when the tournament began, South Africa's long-suffering supporters have been given hope – cautious though it may be.

Wally Edwards and Giles Clarke, who chair Cricket Australia and the England and Wales Cricket Board respectively, were keeping a low profile this week as the man they unilaterally agreed was best suited to lead the global game was ordered to resign from his job as president of the Board of Control for Cricket in India while an investigation into match-fixing and illegal gambling involving his Indian Premier League franchise is carried out.

"Why are you [N Srinivasan] still there?" asked Indian Supreme Court Judge AK Patnaik. "Your refusal to step down is nauseating. Unless you step down, no fair investigation can take place."

Patnaik said if he didn't resign, the court would "issue an order".

Srinivasan's son-in-law, Gurunath Meiyappan, has been implicated in illegal gambling and supplying information to bookmakers while he was team director of Srinivasan's IPL franchise, the Chennai Super Kings.

But the BCCI president insists that he, personally, has done nothing wrong and will not stand down.

He is due to start a two-year term as the inaugural chairperson of the recently established executive committee of the International Cricket Council (ICC) in July.

Cricket South Africa chief executive Haroon Lorgat, who was cleared of all (spurious) charges of unethical conduct laid against him by Srinivasan, was in no mood for retribution this week. "First and foremost, it is a matter for the BCCI and the Indian Supreme Court to sort out, and then for the ICC. Further than that, I have no comment," Lorgat said.

But Clarke has much to be embarrassed about. Having embraced the rotten millions of convicted American fraudster Allen Stanford in his brazen, one-off Twenty Million for Twenty20 match between a West Indian team and England in 2008, he vowed that the affair would not be "his legacy".

Clarke worked hard to build a good relationship with Srinivasan and reshape the future of cricket in favour of India, England and Australia, and to engineer his Indian colleague's control of the global game. But he may end up wondering whether Stanford was such a bad thing after all.