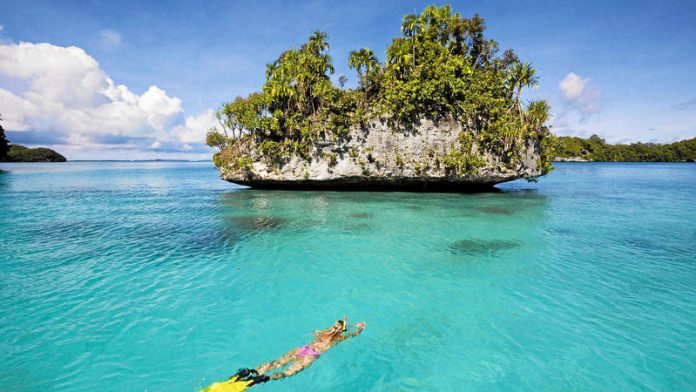 Picking your perfect holiday involves endless but rather exciting decision-making: choosing between seaside or city, solitude or on-tap entertainment, family-friendly or excellent for culture vultures … But how well a country treats its people, animals and plants hardly ever gets a look-in.

With sustainable living becoming an increased consideration for the environmentally conscious, it's now possible to choose your destination by its human rights record, conservation efforts and social and animal welfare. So if you're tired of purely hedonistic holidays, welcome to the world of ethical travelling.

Don't worry – opting for ethical won't leave you sulking in some virtuous but deadly dull location. The top 10 list compiled by Ethical Traveler could see you sunning in the Bahamas or exploring the unusual options of Chile or Uruguay.

Or try Mauritius or Cape Verde, the two countries waving the flag for Africa. Sadly, no mainland African countries merit a mention, with South Africa not making the grade and Ghana, which featured last year, being dropped because of its declining human rights record and anti-gay legislation.

Ethical Traveler is a United States organisation that aims to use the economic clout of tourism to protect human rights and the environment. "Travellers have real power," says its founder Jeff Greenwald. "Where we choose to put our footprints has real economic and political significance. By 'voting with our wings' we help change the world for the better."

Every year Ethical Traveler reviews dozens of developing nations, from Afghanistan to Zimbabwe. It selects the 10 that are most impressive in promoting human rights, preserving the environment and supporting social welfare, as well as creating a lively, community-based tourism industry.

If Ethical Traveler can encourage more people to visit these countries, those policies will be rewarded and other countries may improve their own practices to win a bigger share of the travel trade. "We urge you to explore these destinations, and to enjoy the wonderful sights, cultures and inspirations they offer," Greenwald says.

This island paradise, just a four-hour flight away from Jo'burg, stuns you with white beaches, brilliant surfing and diving sites, sexy sega dancing and delicious Creole food. It's got its political act together too, with the Heritage Foundation's Economic Freedom Index 2013 ranking Mauritius the highest in sub-Saharan Africa. It also has a good human development record. But it falls short on animal welfare – it is a major supplier of wild-caught and captive-bred monkeys for research.

Cape Verde boasts glorious beaches backed by striking volcanic scenery. Its people are warm and friendly and the islands are safe, free from mass tourism. They offer great scuba diving, water sports, ecotourism and mountain activities. It's an important site for sea turtles and produces world-class wines from vineyards in the volcano crater valley.

Cape Verde is a model for political and civil rights in Africa, banning discrimination on the grounds of sexual orientation and recently staging its first ever Gay Pride Week.

But Cape Verde is a source country for children subjected to forced labour and prostitution.

The Bahamas are fabulous for ocean activities, and the creation of new marine protected areas are an important win for conservation. It also recently launched its first prosecution under human trafficking law. But its "swim with dolphins" attractions are based on captive parks, and Ethical Traveler is lobbying for the closure of these centres.

Another stunning island, and one that's leading the way in finding sustainable ways to build tourism while protecting its coastline. Its surfing is legendary, and its rum even more so – just don't mix the two.

Long, skinny Chile has many natural wonders, including the world's driest desert, spectacular glaciers and volcanoes along the Pacific "ring of fire".

Sustainability efforts are seeing some nature reserves move local people away from logging as their primary source of income by involving them in tourism.

But Chile was nearly banned from the list after using anti-terrorism laws against ethnic protesters and violently repressing demonstrators.

If you're into chickens, this is the place to be. Dominica's forests and indigenous species are relatively unspoiled, with impressive efforts to save the mountain chicken. Its frogs and iguanas are also heavily protected. Other notable efforts include introducing solar power across the island in a bid to become energy independent by 2020.

Low on the average "must-see" list, Lithuania's oddball attractions include the KGB Museum, a Holocaust museum and Stalin World. There are beautiful lakes and forests too, and a very high human development record.

Ladies, get yourselves to Latvia, the highest-scoring country for gender equality, although paradoxically Ethical Traveler says it could make greater efforts to prevent sexual trafficking.

Where on earth is Palau? Once you've found it on a map (directly north of Australia) you might think twice before actually going, as you could spend half your holiday just getting there. But make a plan, because Palau offers spectacular diving and snorkelling with coral reefs, wartime wrecks, hidden caves and a dazzling display of coral, fish and rare sea creatures like giant clams. The terrestrial life is equally spectacular and the place is populated by some of the world's most sociable and responsible people. Palau also received the highest score for press freedom.

Just watch out for the wind, because Ethical Traveler praises its push towards sustainable energy, with 21 wind farms being developed.