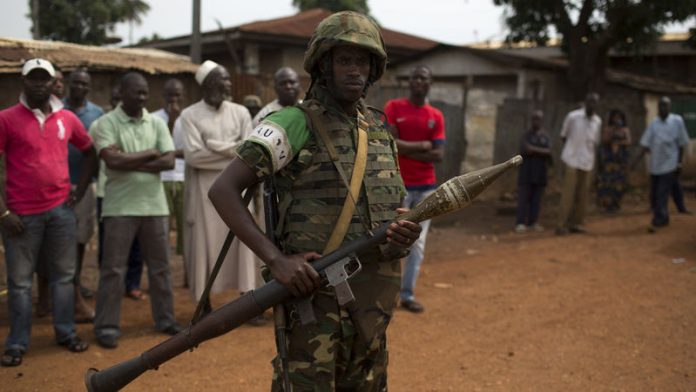 The commander of a planned European Union peacekeeping force for Central African Republic has decided he now has enough soldiers and equipment to launch the delayed mission after governments came forward with new offers of help, the EU said on Saturday.

The EU has drawn up plans to send 800 to 1 000 soldiers to join 6 000 African and 2 000 French troops struggling to stop a conflict that erupted after the mostly Muslim Seleka rebels seized power a year ago in the majority Christian state.

When the EU initially approved the mission in January, it hoped troops would start arriving by the end of February.

But the mission has been held up by the failure of European governments to provide soldiers and equipment.

At a meeting in Brussels late on Friday, EU governments and some countries from outside the bloc offered new support for the mission in the areas of strategic airlift and help with deploying the force, the EU said.

"On the basis of this significant progress … the commander of the operation [French Major-General Philippe Ponties] has recommended the launch of the operation," a spokesperson for EU foreign policy chief Catherine Ashton said.

The EU gave no details of which countries made the new offers of help.

The goal of the EU force will be to provide security in the capital Bangui and at Bangui airport, where around 70 000 people who have fled the violence are living in dire conditions.

The EU force will stay for up to six months, before handing over to African Union peacekeepers.

France has urged its EU partners to do more to help in its former colony, saying the EU must not shirk its responsibilities for international security.

The French and African Union peacekeepers have so far failed to stop violence raging in the landlocked, impoverished country that has killed thousands.

Eleven people died in Bangui after a grenade exploded among mourners gathered for a funeral, the Red Cross said on Friday, in what residents said was an attack on Christians.

"This is a profound humanitarian crisis. People are getting slaughtered there. So it is worthwhile that we come and help … The risks are there, but the 28 European nations have said 'yes we will deploy', so it will happen," he said. – Reuters