The myths of maths and education 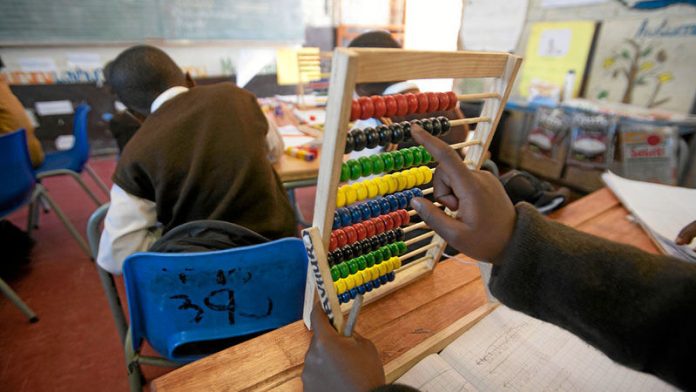 With international comparisons of educational results arriving on a regular basis, the political frenzy about how each country has performed becomes louder each year. Or at least this is what is seems like in Sweden, where results in the mathematics component of the Programme for International Student Assessment have been steadily declining for a decade.

Politicians and the general public talk about the value of education:

• How doing well in mathematics is likely to support the country's economic progress;

• How succeeding in education will bring children out of poverty; and

• How regular testing will contribute to raising educational standards.

Yet these three statements are myths and accepting these myths can have dire consequences for our youngest children in particular. Doing more mathematics in pre-schools has come to be seen by many in the English-speaking world as the way to ensure that children will succeed with mathematics at school and this will lead to the desired educational outcomes.

Misguided
But this idea is misguided and will likely have the opposite outcome. To understand why this is the case, there is a need to look at the myths and understand their role in our societies.

First, why do I call these statements "myths"? The reality is that each one has little, if any, evidence to suggest that it is true. We give them credence when we talk about them, but their superficial meaning can be dispelled by a reasonably quick look at the evidence. What we should be asking ourselves instead is: Why do so few people choose to look for the evidence? Why are we quick to accept these myths as reality?

Partly it is because these myths have become commonplace, taken-as-shared knowledge that goes unquestioned. Yet these myths meet other needs of our society by carrying meanings with them that generally remain tacit. Understanding these meanings provides us with a way of seeing how introducing formal mathematics in pre-school will contribute to unintended, undesired but predictable outcomes.

There is little research, however, that has tested the reality of these assumptions. In 2000 Gili Drori published an article in which he reviewed the studies in this area. He found that high student achievement in mathematics and science was matched by a higher gross national product and a lower percentage of the workforce in agricultural work. Although it seems somewhat strange to collate economic progress with lower percentage of the workforce in agricultural work, there does seem to be some validity in the relationship between mathematics achievement and economic progress.

If the myth is propagated, what is the tacit message it is carrying? Drori suggested it sets up a belief that educational benefits can only be evaluated by their contribution to economic progress. No other benefits from education are valued, either as justifications for new initiatives or in evaluations of those initiatives.

The second myth that is often raised in discussions about education, including mathematics education, is that poverty can be fixed by education. Although many Western countries made education compulsory for all children in the 19th century, poverty has not been eradicated. In some countries, such as Britain and the United States, the number of children in poverty has increased significantly in recent years.

There have been few longitudinal studies that have followed children from poor backgrounds who were enrolled in specific pre-school programmes set up to overcome poverty. The studies usually involve fewer than 100 students and showed very mixed results. If they did show that the programme had had a positive long-term impact, this was often with regard to reduced crime statistics and other statistics not directly related to economic benefits for the students.

So, if it cannot be said that poverty can be fixed by education, why do organisations such as the European Union continue to suggest that this is the case? For me, it is connected to education of the poor being accepted as a form of charity by many of the middle class. If education is viewed as being provided equally to all children, when children who are poor fail to achieve, then they can be positioned as ungrateful. In addition, those who provide the education through their taxes can be exonerated from any further obligation to consider how else inequitable wealth distribution can be overcome.

Raising standards
The final myth is that testing raises standards. David Granger reported in 2007 that there were moderate gains in student results in the US from 1992 to 2006, when the number of assessments children were expected to complete increased significantly. Yet, Granger stated, when compared with the previous decade, the amount of increase in results had slowed. More testing could not be said to lead to as much improvement.

The message that accompanies this myth is that children should be considered as commodities, with education having the role of adding value. Previous research I have done with a colleague, Troels Lange, on how the media and the general public discuss national testing in Australia, showed that this message is stated quite explicitly. The individuality of each student, either in regard to their backgrounds or their futures, can be disregarded; children who do not gain the appropriate value from their education come to be seen as valueless commodities.

The outcome of these myths' presence in discussions about education is that it disenfranchises people from seeing a need for or possibilities to work together to overcome inequities within the current society. But when these myths are connected to the need to do more formal mathematics in pre-schools, then there are unwanted, undesired yet predictable outcomes.

One outcome is that mathematics in pre-schools can only be seen as a preparation for school. This does not value young children's interests or experiences and thus is connected to the second unwanted, undesired yet predictable outcome — situating young children as needing to become "the perfect middle-class child".

If children need only certain know-ledge to succeed first at school and in life — and that knowledge is the mathematics valued by the middle class — then children who live in poverty are always going to be considered as inadequate. The outcomes from this are that formal mathematics with regular testing of young children is likely to result in their learning to hate mathematics sooner — and to have the label of failure stuck to them.

Professor Tamsin Meaney lectures at Malmö University, Malmö, Sweden. This is a summarised version of her address as a plenary speaker at this year's conference of the Southern African Association for Research in Mathematics, Science and Technology Education, held at the Nelson Mandela Metropolitan University in January