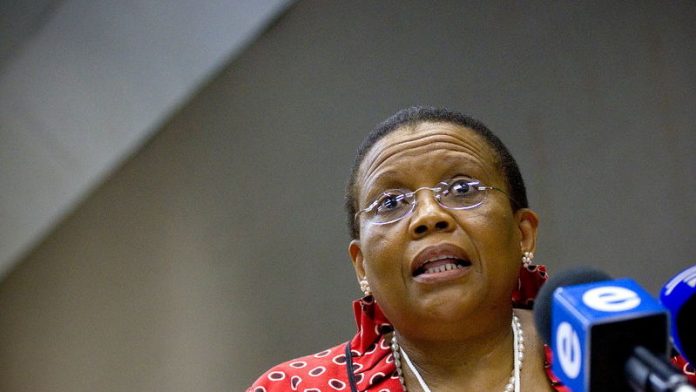 "You cannot separate the issues of maladministration and corruption on the [acquisition] of the property from having such acts happening during the elections," Malema said after a multiparty forum meeting with the IEC in Pretoria.

"It is in the interest of the unity of this country, to avoid the possibility of civil war and disputed election results. She has seven days to step down or appropriate action will be announced regarding what is going to follow."

The forum of opposition parties met to discuss public protector Thuli Madonsela's finding on the Nkandla upgrades and controversy around Tlakula.

In agreement
"All the political parties present, with the exception of the Democratic Alliance and the Freedom Front Plus [FF Plus], agreed that advocate Tlakula must resign immediately," Holomisa said.

"Should she refuse to resign, the parties who are in agreement will pursue legal action."

Agang SA leader Mamphela Ramphele said the electoral body should be headed by a person "without a whiff of a cloud over her head".

"If the electoral process is conducted under a cloud hanging over the head of the chair [Tlakula], we cannot say citizens have the power to hold public officials accountable," she said.

"It is ultimately disrespectful of South African citizens to have a chair implicated in issues raised by both the public protector and the forensic audit presiding over an election."

Forensic findings
A forensic investigation by auditors Pricewaterhouse Coopers on behalf of the national treasury on the procurement of the IEC's Riverside Office Park building in Centurion, Pretoria, was released last month.

It indicated that the procurement process was not fair, transparent or cost-effective. It found Tlakula did not give guidance or formally inform various people what was expected of them in the process.

On Nkandla, the parties resolved to convene another summit after President Jacob Zuma had addressed Parliament, as ordered by Madonsela.

In her report on the upgrades at Nkandla, KwaZulu-Natal, titled "Secure in Comfort", Madonsela found that Zuma had unduly benefited from improvements to his private homestead.

These included a cattle kraal and swimming pool built with taxpayers' money. She said in the report that he should refund a portion of the R246-million cost.

The parties also discussed what they called the ANC's manipulation of the South African Broadcasting Corporation. – Sapa