The Pixies say the best is yet to come 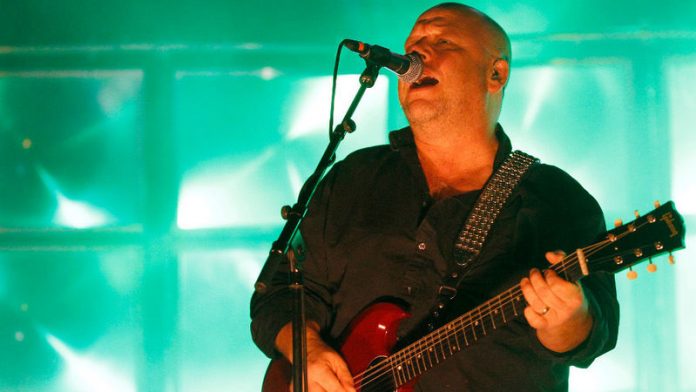 They inspired generations of musicians worldwide, served as the blueprint for countless rock bands, including Nirvana, and got a second life as reunited alternative rock idols. Now the Pixies say they're forging ahead while still looking for a new sound.

The Boston quartet released their debut, the EP Come on Pilgrim, in 1987. Their college radio hits include Monkey Gone to Heaven, Here Comes Your Man and Where is My Mind. They disbanded in the early 1990s and reunited in 2004.

Since then, the band had released only one song, Bam Thwok, in 2004.

But that changed in June, when a video for a new single, Bagboy, showed up online unannounced. A few weeks later, the band surprised fans again with an online collection of four new songs released under the name EP-1 and the announcement of a global tour.

Have they found the Pixies sound they want? "Not yet. That's still to come," lead singer Charles Thompson, who goes by the name Black Francis, said behind the scenes of the Lollapalooza rock festival in Chile.

"Rome was not built in a day. I think we need a little more time to really create something that's absolutely different, but we're in the process. With this record, we're moving in that direction."

The Pixies hired Argentinian bassist Paz Lechantin in December after Kim Shattuck was fired from the position after less than five months on the job. She had replaced beloved long-time bassist Kim Deal, who quit the Pixies in June after more than 25 years with the band.

"And she makes us laugh," guitarist Joey Santiago chimed in. "She feels like home, she was meant to be with us."

Drummer David Lovering said she's pushing him to continue learning: "She is making me play better. She is a great bass player, and I don't want to embarrass myself."

Thompson said the band plans to tour more and he especially hopes to visit Paraguay because he admires Agustin Barrios, the late Paraguayan classical guitarist and composer.

But for now "the Pixies is the future", Santiago said. "I just see us. We're going to record more albums, tour more." – Sapa-AP