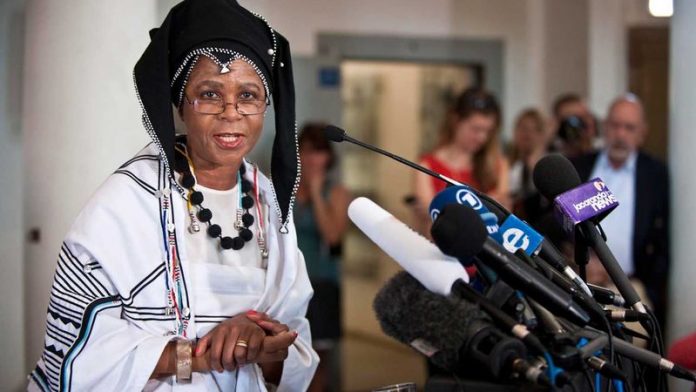 The chairperson of Technology Innovation Agency (TIA) Khungeka Njobe has filed a report with the Directorate for Priority Crimes Investigation following the release of a forensic investigation that points to possible corrupt activities in the Terbrugge Community Trust, founded by Agang SA leader Mamphela Ramphele.

The science and technology department on Tuesday released a damning forensic report into the activities of the TIA, detailing nepotism, wasteful expenditure and possible corruption.

Science and Technology Minister Derek Hanekom on Tuesday announced that Duma and TIA's chief financial officer Barbara Kortjass were dismissed from their positions. Regarding Ramphele, he said: "It should be said that the former chairperson of the board was not found to have personally benefited … There may have been an interest [to her] and some of the benefits may have gone to institutions in which the former chairperson would have had an interest, but no personal benefit was reported."

The TIA, established in 2008, receives in the region of R400-million a year to facilitate innovation in the country. It was envisioned as a solution to the gap between innovation and marketable product, but has rather been fraught with controversy, with its chief executive, Siphiwe Duma, on special leave and the majority of the TIA board, formerly chaired by Ramphele, replaced last year.

The forensic report, prepared by Deloitte in October last year, found that Duma, inter alia, irregularly appointed his ex-wife as a general manager, pushed through the Nguni cattle project located on land owned by Ramphele that was not within the agency's mandate and was also responsible for wasteful and fruitless expenditure.

The Nguni cattle project involved artificially inseminating Nguni cattle – which are difficult to breed – to stimulate rural development and the red meat industry. The total project was allocated R24-million, she said, with the pilot – located in the Terbrugge farm in Limpopo – receiving about R4-million. The farm is part of the Terbrugge Community Trust, of which Ramphele is the founding member.

Donated land
Ramphele last year pre-empted the publication of this forensic report and held a press briefing with a small number of journalists.

"We donated a share of that land for that project. We stand to benefit not a penny. We did not want any perceived conflict of interest," Ramphele said at the time. When asked whether the board had approved the use of her family land, she said that only investments of R5-million or more were brought before the board.

At that briefing last year, Ramphele lashed out at the new board, saying "the public purse is asked to fund a forensic audit process that is vaguely framed … We have seen these disruptive investigations happen in other enterprises".

She said that since May, when the new board took over, "the board has not been able to discharge the mandate of TIA" and was instead "solely focused on the investigation of TIA".

At the briefing on Tuesday, Hanekom said that the goal was to now put the problems at TIA behind them. "Our challenge now lies in appointing a good [chief executive] for the board [and] … a good [chief financial officer] for the entity. We can say that what happened at TIA is quite an anomaly and isolated in respect of all the entities that account to the [director general of science and technology]."