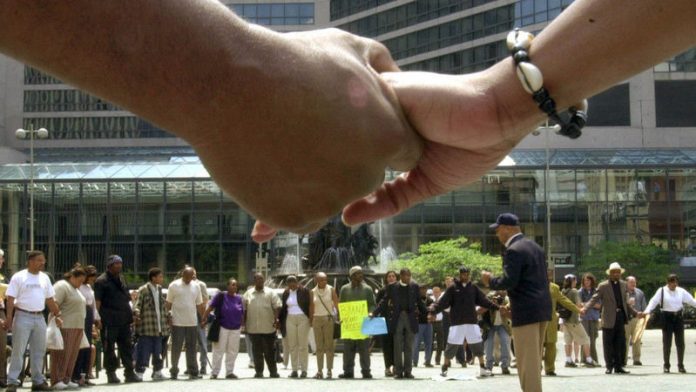 Talking about race is not controversial. What is controversial is avoiding the subject and pretending it does not exist. No black person has ever commented on my columns to say that I am obsessed when I write about race in South Africa. It makes me wonder why I get that sort of comment from a white person. Why is it that black people are always more than willing to discuss it openly, while white people tend to avoid it altogether? Is it a matter of my obsession with race or is it a matter of trying to deny what is visible for all to see?

You can't tell me you don't see colour when you only have friends who look like you and hang out in places with people who look like you. Black South Africans have made more effort in integrating. They are the ones who move in to white suburbs, learn to speak English and Afrikaans, learn and understand Western culture and etiquette. This may be hard for some people to admit, but black people have tended to bend over backwards to fit into Western culture and rules, while white people have not made a similar effort when it comes to African culture. Why? Because there is a perception that African culture is backward, barbaric and uncivilised.

To be fair, it is something that happens with financially dominant cultures throughout history, they have also happened to be generally militarily superior. It happened when the Greeks, Romans, Genghis Khan, Shaka Zulu all conquered people and spaces before them. The cultures were assimilated into the victor's way of life. Today, the world celebrates American culture and we cannot deny its power and influence – from the hot dog to its current hip-hop music. We watch their music and movie awards shows and we're obsessed with their celebrities.

Before someone gives me the predictable comment about how white people brought civilisation and other such petty arguments, there is a vast difference between advancement and culture.

It should be no surprise then that black people are more willing to discuss these issues because they feel they have to do more to be accepted into Western standards, whereas a white person will be accepted regardless of their lack of knowledge of African culture. In fact, when a white person makes some effort in speaking isiXhosa or isiZulu, we applaud and are thrilled they made an effort. Yet, when a black person makes some mistake in pronouncing English words, even though they speak the language well, they are perceived as stupid.

Some like to argue class, but that is not true either. If a black person in a wealthy neighbourhood decides to have traditional ceremony at their house, it won't take long before the colour fingers are pointed.

Of course, not all white people are like this. I know some readers of this column will want to interpret it like that because it suits their view that I am obsessed with race. What I am obsessed with is facing the racial issues we have in South Africa first, before we can we really move forward. We can't pretend to be fine in front of each other but then use racial slurs in the comforts of our own home. If someone can easily use the k-word, for example, it means it's a word they are not shy of using at home.

When someone tells me we shouldn't discuss race, it's like blaming black people for having lived under apartheid and saying we need to get over it.

Twenty years into our democracy, South Africa is not yet integrated. We still largely live within the boundaries that apartheid created. The most integrated we are is at work. Even then, the people who make the decisions are still largely white. When we go back to our homes, we go to neighbourhoods that are still largely divided along racial lines. That is how well structured apartheid was. It made sure that its structures of division would continue well after its moral and constitutional demise would exist.