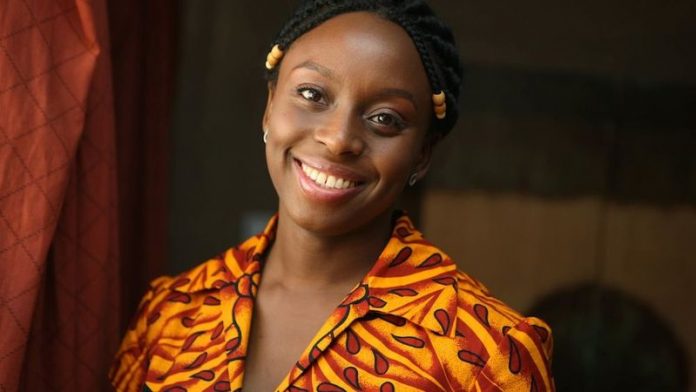 It is timely to reflect on the past, present and possible future of African literature. We need to do so in ways that are neither sentimental nor purely ideological.

For close to 40 years, between the 1960s and the close of the 1990s, the image of African literature cohered around the famous African Writers Series (AWS), published by Heinemann. There were, of course, several other publishers, some of them locally owned (such as Ravan in South Africa and the Nairobi-based East African Publishing House) and some of them international (such as Longman, Oxford University Press and Evans Brothers), but none had the global reach that the AWS had in its heyday.

Although its headquarters were in the United Kingdom, Heinemann could make claims to respecting, diligently editing and promoting the work of the many African writers on its lists. It was also well represented in different regions, production staff and distributors.

The work of the publishing houses based on the continent was, in turn, complemented by a number of local institutions that nurtured writers and also mediated the ways in which their writing would be received. Such institutions included universities such as Ibadan, Legon, Makerere, Nairobi and Wits, in which many of the founding debates on the work of African writers first occurred.

A large number of emerging writers, especially in the 1960s, were first published in journals and literary magazines of the period, such as the Kampala-based Transition, the Nigeria-based Black Orpheus, and Drum and Contrast in South Africa. For Francophone African writers, there was Présence Africaine, which also doubled as a magazine and publishing house.

Those who experienced literary success in this period, figures such as Chinua Achebe, Ayi Kwei Armah, Ngugi wa Thiong'o, Ousmanne Sembene, Ferdinand Oyono, Mongo Beti, Wole Soyinka, Flora Nwapa, Grace Ogot, Bessie Head and Okot p'Bitek came to constitute the canon of African literature. They would serve, in many ways, as the implicit interlocutors for many of their successors.

Testifying
African literary studies, as an academic discipline, initially constituted a body of scholarship concerning the work of these writers. Their novels were interpreted as rejoinders to European misrepresentations of Africa.

They were interpreted as asserting and describing the integrity of pre-colonial African cultures; as testifying about the history of colonial domination; celebrating their liberation, and then bemoaning the post-colonial corruption of regimes that failed their founding visions.

This gave rise to the abiding and rather narrow understanding that African literature was synonymous with "national allegory" (to use Frederic Jameson's phrase). All African fiction, it was widely held, told the story of the arrival and desecration of liberation.

But this "golden age" of African literature tends to obscure the number, quality and variety of subsequent literary works. The centres for the production and dissemination of African literature are now widely dispersed across the globe, making it much more difficult to consider African literature a single domain. Perhaps, in retrospect, its singularity was always forced; more intellectually and culturally strategic than real.

The institutions that enabled an early generation of Africans to work as writers have largely collapsed in the past three decades because of political and economic turmoil. There have, though, been a number of initiatives to keep African literary production alive and to provide outlets for publication.

In East Africa, the most successful of these ventures include the Kwani Trust and Femrite, literary nongovernmental organisations based in Nairobi and Kampala respectively, which publish in contexts where there are few other opportunities. The Kwani Trust publishes the literary magazine Kwani?, hosts readings and literary workshops and runs a publishing enterprise. These activities have helped to lend a new face to East African writing. Indeed, two of the most exciting new-generation Kenyan writers, Binyavanga Wainaina and Yvonne Owuor, honed their craft in Kwani?.

Redressing marginalisation
Femrite, founded by Mary Karoro Okurut in 1995, publishes work by Ugandan women, seeking to redress the marginalisation of female writers. It awards a number of fellowships each year, and runs vibrant and productive workshops.

There are West African and South African equivalents. The founding principle of the Abuja-based Cassava Republic is a commitment to resuscitate and promote local literary projects. Like Cape Town-based Chimurenga, Cassava Republic publishes against the grain of multinational, corporate preoccupations, asserting its independence and engaging in debates that are not driven by Euro-American interests and anxieties. Both are critical of neo-liberalism and keep current the range of discussions linked to the legacies of negritude and black consciousness.

There are countless other small publishing endeavours across Africa, but they are generally struggling. The onslaught on "the book" is a global phenomenon, but it has hit marginal contexts most dramatically.

Given the cost of books, varying degrees of general literacy, inadequate library services and the seductions of the web and social media, African readerships are under siege. With very few exceptions, there is no general, established and dependable reading culture. Most reading is tabloid or ecclesiastical in content. Even this version of reading seems to be declining with the widespread accessibility of Pentecostal and pirated DVDs.

South African publishers – once a relatively secure bastion for fiction – lapse each month further into cookbook and self-help titles. Even resilient independent publishers, such as Jacana, have steadily cut back on fiction publication, simply because – despite their noble intentions and efforts – it just is not selling.

As local literary institutions and publics are eroded – and given the prudential nature of local initiatives – the primary site of African literary production has shifted to Euro-America. The African cultural bankers of the present are largely émigré writers, such as Chris Abani, Chimamanda Adichie, Segun Afolabi, NoViolet Bulawayo, Brian Chikwava, Teju Cole, Helon Habila and Moses Isegawa. These authors' works are generally mediated for African readers by reviewers and academics abroad, and most have acquired their status through winning international awards.

Delicate ruminations
Migration is, perhaps, the dominant theme among this cohort, compelled as they are to understand the experience of the large numbers of Africans who, like them, now live in Europe or the Unites States. Many offer delicate ruminations on memory and loss, and on the lived contestation of African pasts (their own or their family's) and the realities of northern modernity.

This dilemma – writing about Africa without living in it – makes these novels accessible to non-African readers, but also, unfortunately, contorts the continent's past and present. One's imagined readership (from publishers and editors to the public) constitutes, in fundamental ways, the work one is writing. African literature written primarily for non-Africans – or, more specifically, those who are not Nigerian, Zimbabwean, Kenyan – is, by definition, less specifically textured.

It risks blurring into "world literature", much like the anodyne mish-mash of "world music".

For contemporary African writers, stridently nationalist and ideological themes have been displaced by the muddy middle ground in which subjectivity is embedded in a changing context. This context is increasingly transnational, and African writers are discovering their affiliation with other communities in the global south, which is generally fashioned from neocolonial relations with Euro-America.

There are radical regenerative possibilities in potential collaboration among these contexts. If the Global South is to contend with contemporary trends in publishing and distribution, countries and communities will have to work together. How else will African countries and populations, and those in Brazil, Mexico, Malaysia, Sri Lanka and so on, craft out spaces to represent themselves?

The 40th Conference of the African Literature Association (ALA) is taking place at the University of the Witwatersrand from April 9-13. It is the largest annual gathering of its kind. Although the organisers have sought other opportunities in the past, this is only the second time that the conference will take place in sub-Saharan Africa. In 2006 it was held in Accra, Ghana.

This year gives South Africans and the significant number of African delegates, for whom travelling to conferences in North America is often unaffordable, a chance to meet with their European, Indian, Middle Eastern, Australian and American colleagues.

The importance of ALA 2014 is not symbolic. It is a landmark in the intellectual and cultural history of African literature. It provides an opportunity to ask deeply contextual questions about the future of literature, reading and literary scholarship in Africa.

Literary advocacy
Perhaps as significant, it is an occasion to think about literary advocacy. How might we, as readers, teachers, writers and potential publishers, take inspiration from the NGO spirit and cultural activism of Cassava Republic, Chimurenga and Femrite?

How can we interest cultural organisations, funders and governments in literary production, discussion and the distribution of affordable books? How can we do more than theorise African literature by contributing directly to its elaboration and sustainability? And finally, what is the consequence of acknowledging that mass literacy – basic and advanced – is the precondition of the literary?

These questions are worn coins; they have been passed back and forth so often. Yet we ignore them at the peril of literature, and what would we be without our storytellers?

Dan Ojwang is an associate professor of African literature and Michael Titlestad of English literature, both at Wits University. For more information go to www.ala2014.co.za

Atlanta’s finest, ‘Poisoned Pasts’ and December tunes are on our lists this week