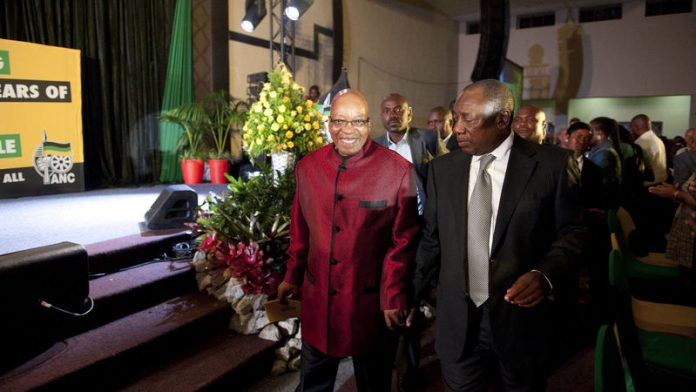 Zuma told the SABC that he is not attending the summit because Africans will no longer be "looked on as subjects" by Europe and that Europe shouldn't tell the continent "who must come and who must not come" to the meeting.

European diplomats in South Africa said they were taken aback by Zuma's statements.

"We were surprised by this because we had understood he is not going to Brussels due to other commitments in South Africa," said one diplomat.

Zuma's statement followed a call by Zimbabwean President Robert Mugabe to boycott the event because his wife, Grace, was refused a visa.

The EU also didn't invite Sudan's President Omar al-Basjir, who is wanted by the International Criminal Court for war crimes.

South Africa was represented by Minister of International Relations and Co-operation Maite Nkoane-Mashabane.

Symbolic value
Chris Wood, researcher in the economic diplomacy programme of the South African Institute for International Affairs, said who attends the summit has important symbolic value and sends out a message about the state of relations between Africa and Europe.

"Europe needs Africa as much as Africa needs Europe," he said, adding: "Africa is the only continent where Europe still has a strong influence."

Africans often see the European attitude as being patronising. Zuma's "rather harsh and blunt statement" has some basis in a general anti-European feeling in Africa, Wood said.

The controversial European partnership agreements, which have been the object of negotiations for nearly 10 years now, have created much acrimony between Europe and certain countries that feel Europeans are given too much free access to African markets.

The EU-Africa summits have been plagued by controversy and were postponed for seven years after the first one was held in Cairo in 2000, also because EU sanctions were in place against the Mugabes. Summits were then held in Lisbon in 2007 and in Tripoli in 2010. This time around, the EU made an exception for the ageing Zimbabwean leader, but said "there was no programme for spouses".

Zimbabwean analyst Martin Rupiya, who heads the African Public Policy and Research Institute in Pretoria, said by not attending Zuma was probably trying to please an African constituency. "This is the ANC raising its pan-African colours," he said.

But the strategy seems to have had little effect. Many African leaders are in Brussels to speak with their big European trading partners about economic and security issues.

Despite earlier confusion over whether the African Union (AU) had called for a boycott of the meeting, AU Commission chairperson Nkosazana Dlamini-Zuma and some of her commissioners were in attendance.

The EU is the most important funder of the AU Commission and only last week announced that it is supporting the AU with €31.8-million. This is in addition to the €55-million already disbursed since 2006 as part of the EU's African Union Support Programme.

Millions of euros have also been spent on military interventions in Africa in the past two years, notably in Mali and in the Central African Republic. The EU remains Africa’s biggest aid donor and the biggest trading partner for several African countries, including South Africa.

Rupiya said Africans are divided over key issues and their election of Mugabe as the vice-chairperson of the organisation at the last AU summit in January this year reflects that. "Africans are not clear about what they want," he said.