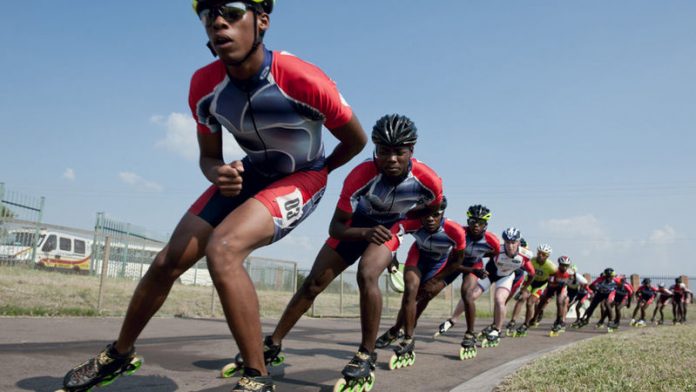 On two Saturdays a month, 30 or so members of the ­Hammanskraal Roller-­Skating Club embark on an adventure with a ­difference: they go can collecting. Whatever they scrounge is deposited at the local Collect-a-Can depot and weighed. If the club manages a particularly impressive haul, it may even qualify for one of Collect-a-Can's monthly prizes: R1 400 for the most cans collected, sliding to R1 200 for second and R1 000 for third.

"We always send the little ones with bigger ones for protection because sometimes they have to cross the highway or go into not-so-safe areas," explains Clementia Modikwe, president of the club.

Such are the blade-sharp margins of the sport that can-collecting Saturdays are what keep the club from – to borrow a phrase from the inline speed-skating lexicon – falling over. Their members are young, often poor, and can hardly afford to pay for a new pair of skates (or wheels as they are called), let alone the nominal membership fees required by the club each year.

The club attracts no sponsors, receives little help from the local authority and generally leads a hand-to-mouth existence. It's precarious stuff, but somehow Hammanskraal's skaters have managed to survive.

The club might not exactly be thriving but this is a sport – possibly because of its tremendous fun and proud twilight existence – that manages to attract a fierce partisanship.

"Most skaters are improving rapidly because, other than going to school, this is what they do with their life," explains Wendy Gila, president of the national association and a lifelong speed-skating habitué. "There's no mall life for them. Most live in the rural areas. They go to their local club in the afternoon to train."

Gila estimates that there are between 1 200 and 1 300 speed skaters throughout South Africa. The sport has a development footprint that other more high-profile sports would die for – the result of the efforts of a dedicated band of amateur administrators and the skaters themselves. When asked what the sport’s secret is, Gila answers with the zeal of a true evangelist. "We don’t talk like other sports, we actually do," she says. "It doesn't matter how humble the area. We go into it and see what we can offer."

In many ways roller- and speed-skating is a sport of families, even dynasties, and it is perhaps this that has made it relatively impervious to interference from the mandarins, their wet noses very sensitive to the temptations of the trough.

Gila's parents were active in the sport’s ­inception in South Africa in the late 1950s; Gila herself was a skater of note and, although the best years of her career coincided with the country’s isolation, she made a late burst for glory in her early 30s, claiming a top 10 place in the 500m sprints at her last World Championships in Padova, Italy, in 1997.

It's no different for Modikwe, who teaches maths and life orientation at a senior primary school in Pienaarsrivier, up the N1 from Hammanskraal in the direction of Polokwane.

Her son, Tshepo (20), a member of the Hammanskraal club, is one of the country's up-and-coming inline speed skaters. Last year he was in the top 10 in the junior men’s section of the World Champs in San Bernadeto, Italy. He is one of the sport’s great local prospects; he has been skating since he was about nine. "He's been overseas about 10 times," beams his mother proudly.

The Hammanskraal club was the venue for this year's national championships. They took place last weekend, attracting a host of local entrants, but also skaters from Egypt, Belgium, Austria and the United States. The championships were thrown into crisis late in the day when the title sponsors, the Tshwane city council, reneged on their promise to deliver food, transport and gazebos.

But this is a sport that thrives on adversity. Gila and Modikwe made a plan, taking advantage of the Lotto-funded track (built in 2006) to put on a show that went off smoothly. The two are so highly developed in their capacity for magic, they can probably balance a championship on a ­five-cent coin, although Gila wasn’t entirely happy with the standard of administration and generally bemoans the quality of coaching countrywide. 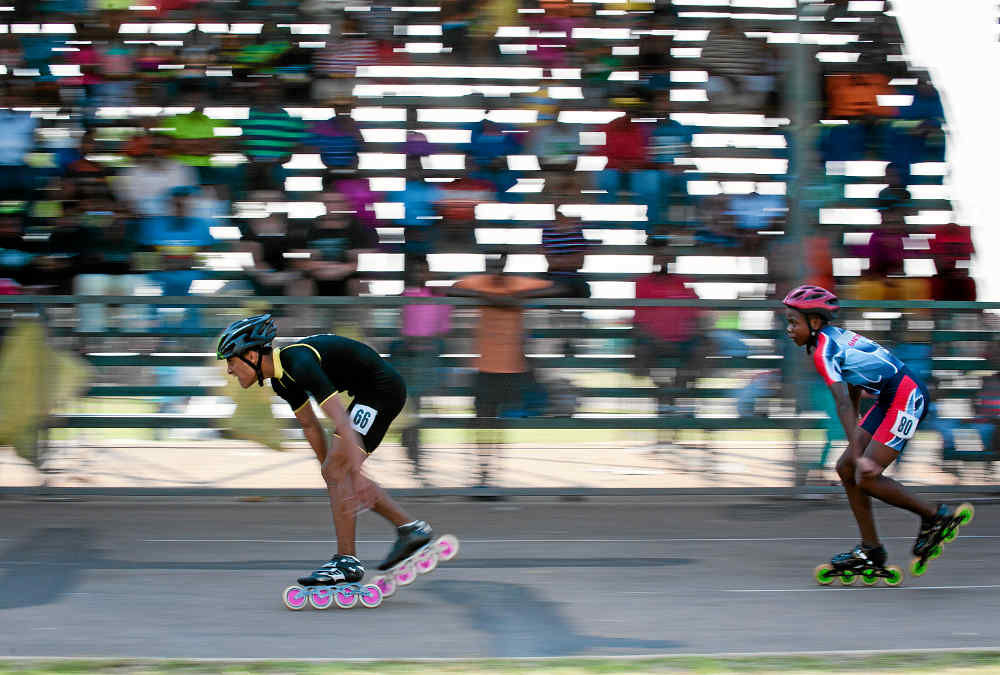 The Hammanskraal club was the venue for this year's national championships. (All photographs by Madelene Cronje, M&G)

The Hammanskraal track is tear-shaped, with a lazy bend at the top of the circle and a far tighter, tapering bend on the other side of the track. The two long straights make for quick times and great spectator intrigue, as everyone waits to see how the inline racers negotiate the technical demands of the two turns.

There was the occasional ­undignified blow-out when the ankles buckled and the concrete track suddenly loomed larger than life. Despite this, and that the track had been newly repaired, the times were good and the competition was fierce across the three days.

Even the beginners, who are still coming to terms with the rudiments of the sport, managed to negotiate their obstacle course without major mishap, although there were the mandatory missed cones and puzzled faces when, at the end of the course, the bucket at the end of the home straight was raised to reveal nothing underneath.

The disappointment for the youngsters was temporary; soon they had put it aside and were stubbing their way carefully back down the track.