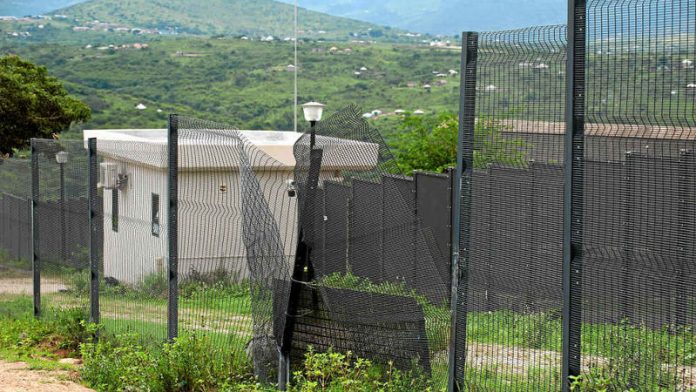 The upgrades to President Jacob Zuma's homestead near Nkandla will cost the state about R266-million by the time the project is complete, and another half a million rand a year for at least as long as Zuma is alive, though possibly considerably more, and probably for far longer.

Calculations by the Mail & Guardian show that public ­protector Thuli Madonsela probably underestimated the capital cost of Nkandla by about R20-million, and that the state would be on the hook for at least another R500 000 a year in maintenance costs, without taking into account inflation, unscheduled repairs and personnel expenses.

The ongoing maintenance of state infrastructure at Nkandla has been questioned several times, but never officially quantified. In January, Zuma said in a parliamentary answer that maintenance was the responsibility of the department of public works. The previous month, Public Works Minister Thulas Nxesi told Parliament that a maintenance plan would be completed during 2014, and that numbers were not yet available.

Madonsela, in her report Secure in Comfort, noted only that her calculations had not included maintenance costs, and that the nature of the improvements meant some maintenance expenses would outlive Zuma.

"A number of the items installed by the [department of public works], such as the safe haven, swimming pool, paved roads and walkways, as well as water and electricity supply, will require lifetime maintenance at cost to the state," she wrote in the damning report. "Some maintenance costs may transcend the president's lifetime."

Documents relating to the project show that the officials involved had, at various times, considered maintenance costs, but had not managed to quantify the likely expense. The closest the project team ever came was an estimate that ­"facilities ­management" would require about R300 000 a year, but the document immediately noted that it was a provisional estimate and was liable to change. That estimate dates from July 2010. The cost and complexity of the project increased considerably after that time, and the final number will almost certainly be higher.

Security enhancements
The nature of the laws and regulations cited as justification for the Nkandla expenditure hold the state responsible for both the maintenance and capital costs of security upgrades. As long as the state continues to insist – as it has done consistently – that features such as the "fire" pool, extensive landscaping and a cattle kraal were essential security enhancements, their ongoing costs will have to be borne by the public purse.

A review of available documents show that all the maintenance contracts built into supply agreements, such as those for air conditioners in Zuma family homes, have already lapsed. It also seems likely that longer-term guarantees on some equipment, such as waste and purification plants, could likewise have been voided by a lack of required maintenance.

Many of the maintenance costs estimated by the M&G are significantly inflated by the distance between Nkandla and major commercial centres, others by the sophistication and complexity of the equipment installed. But the prices do not take into consideration the "government mark-up" service providers say they are forced to add for government work, to correct for the complexity of administration in government contracts, and the risk of late payment.

The resulting annual price tag, of just less than R500 000, only takes into account the maintenance of major infrastructure, and does not include the costs of deploying VIP guards, medics and members of the police and defence force.

(* Based on quotes and estimates from the public works department during the Nkandla project. All other prices are best-guess estimates based on limited ­information.)

Madonsela estimated that Nkandla's infrastructure, excluding maintenance, would bring the total project cost to R247-million, but that is extremely conservative. Extrapolated from available information, the actual cost is more likely to be R266-million.

Madonsela's estimate includes the cost of outstanding phase-three elements, which include completion of the underground bunker, more landscaping and fencing, and the construction of a "waste ­disposal facility". This work’s value she pegged at just over R31-million. But that excludes consulting fees, and accepts at face value ­public works’s estimates. In the first two phases of the project, payments to suppliers ended up costing 23% more than the value of the contracts awarded owing to variation of orders, price ­adjustments and "unforeseen items". Assuming similar inflation for phase three, the actual cost would top R38-million.

And in the first two phases of the project, payments to professional consultants topped 30% of the final value of infrastructure.

Should the same ratio hold during phase three, another R12-million would be added, taking the final cost of the last phase above R50-million, and making Madonsela's estimate short nearly R20-million.

The illegal wildlife trade is one of the most profitable criminal enterprises worldwide, but only recently has the focus shifted to investigating its financial flows
Advertising