Cosatu special conference on Vavi to go ahead 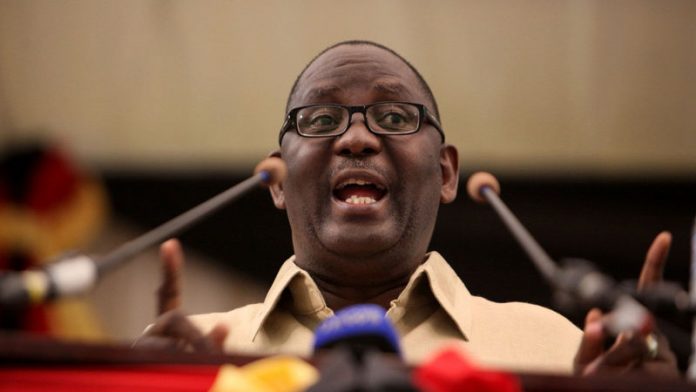 Cosatu's special central executive committee (CEC) meeting will go ahead on Tuesday despite Numsa asking the trade union federation to postpone it.

"It's going ahead as we stand," Cosatu spokesperson Patrick Craven said on Monday.

He said the national office bearers, which included general secretary Zwelinzima Vavi, were meeting on Monday.

The special CEC is expected to discuss the high court in Johannesburg's ruling to set aside Vavi's suspension and the way forward.

The National Union of Metalworkers of South Africa's (Numsa's) position in Cosatu is also expected to be on the agenda.

Vavi was placed on special leave in August, pending the outcome of a disciplinary hearing relating to his affair with a junior employee.

He returned to work at Cosatu House on Monday morning, after eight months.

He will still face an internal disciplinary hearing next month.

Numsa and Cosatu have been at loggerheads since Vavi's suspension.

Numsa
The metalworkers' union, which is an ally of Vavi's, lodged the application in the high court challenging the decision.

Numsa sent a letter to Cosatu on Saturday asking that it postpone the special CEC.

"As usual, and as has now become a practice/trend, there is no Cosatu NOB [national office bearer] or secretariat report providing an insight into the content/issues the NOB wishes to place before special CEC of April 8 2014," the metalworkers' union wrote in the letter.

"This works against the tradition of obtaining mandates from constitutional structures of Cosatu affiliates therefore rendering worker control and democracy unworkable."

Numsa wanted the meeting postponed until a secretariat report was provided setting out the issues the NOBs wanted to raise and what recommendations were proposed.

In its letter, Numsa also said it supported the South Africa Commercial, Catering and Allied Workers Union's (Saccawu's) submission to Cosatu that issues on the agenda set for Tuesday's meeting did not belong there.

It said the only issue that should be on the agenda was the consideration of the president's report on "modalities towards the special national congress".

Numsa and nine other Cosatu affiliates are calling for the trade union federation to hold a special national congress, however this request has been denied.

Last week, Numsa sent a letter to Cosatu demanding it convene the special congress or the union would take the matter to court. – Sapa

The finance minister will cut departments’ allocations according to their cloth as one measure, and savings will have been made from underspend during the lockdown
Read more
Advertising
Continue to the category
Politics