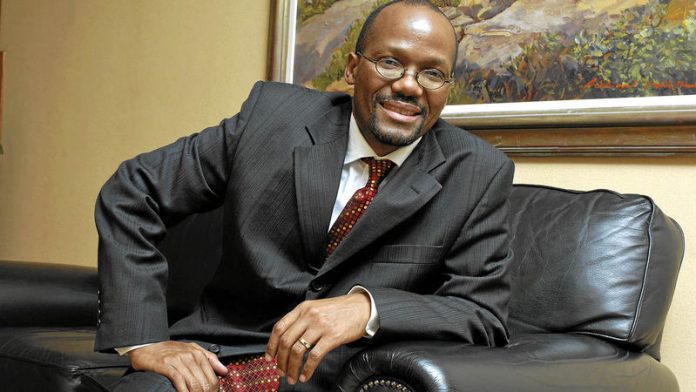 Maintaining local ownership of South African companies is the best way to boost economic growth, said Elias Masilela, who heads a fund manager that holds shares worth 11% of the market value of stocks traded in Johannesburg.

"When you talk of growing an economy and empowering your people it is important that as you grow the economy you keep your people in control of the economy," Masilela, 49, said in an April 1 interview in Johannesburg. "The logic is, you've built up this investment and if you can run it, why don't you run it yourself."

The Pretoria-based PIC manages R1.6-trillion rand, almost all of which is South African government workers' pensions. The company, of which Masilela is chief executive, has also intervened in companies to further black economic empowerment aims and to express discontent over management pay. The state-owned PIC wants increased competition and has not deterred investors, Masilela said.

Development focus
Even so, foreign direct investment into South Africa fell to $4.6-billion in 2012 from $6-billion in the previous year, according to data from the United Nations Conference on Trade and Development. That compares with inflows of $30.3-billion in Chile, $65.3-billion in Brazil and $12.4-billion in Turkey in the same period.

"If the project is too big for me or for us then you bring in help from outside," Masilela said. After a century of existence, the PIC three years ago partially shifted its approach to focus on projects that will support growth by improving productivity, infrastructure and employment opportunities, Masilela said.

"For me, investing in the economy is consistent with making sure that you generate stable returns over a period of time," Masilela said. "If you do bold things the likelihood is that you're going to guarantee yourself good returns on a sustainable basis over a long period of time."

Exporting technology
After completing a masters in economics in Ethiopia, Masilela began working at the central bank of Swaziland, a country that neighbours South Africa where he grew up. He then became a senior official at South Africa's Treasury for eight years, before joining the Cape Town-based insurer Sanlam. He is also a member of South Africa's National Planning Commission, which proposes future policy for South Africa.

Opportunities are not only through investment into South Africa, Masilela said. Johannesburg-based Sasol, the world's biggest producer of liquid fuels from coal, plans to make a final investment decision this year for an ethane cracker project in Westlake, Louisiana, and a gas-to-liquids plant at the site 18 to 24 months later. This will make South Africa a significant exporter of technology to the US, he said.

African opportunities
PIC is the biggest shareholder in Sasol, with a 12.3% stake, according to data compiled by Bloomberg. Sasol's share price has climbed 12% this year. The fund manager has about 93% of its assets in South Africa and invests about 55% of its assets in listed equities, 35% in debt and 5% in property.Developmental investments have been allocated 5%. Of its total investments PIC has 2% invested in the rest of Africa and 5% outside the continent.

In Africa outside of its home market, West Africa has the biggest share of its investment because of the region's potential for economic growth, Masilela said. The economy of Nigeria, Africa's most populous country, has expanded an average of 8.2% annually since 1999.

PIC has invested in four companies on the continent outside of South Africa, namely Ecobank Transnational, Dangote Cement, Camac Energy and Tanga Cement. It plans to announce more investments "soon," Masilela said, declining to give further detail. The lack of large stock markets in these countries means PIC will mostly invest through private equity, property and infrastructure, he said.

The company's investment in Africa is welcomed, he said, and doesn't generate the opposition that some investments from countries like China do. "Yes, there may be a selfish end in developing those economies, because we would like to develop new markets for SA Inc.,” he said. "But we do it in partnership with receiving economies. This is completely different from what the Chinese are doing, the Chinese go there with a mentality to conquer." – Bloomberg