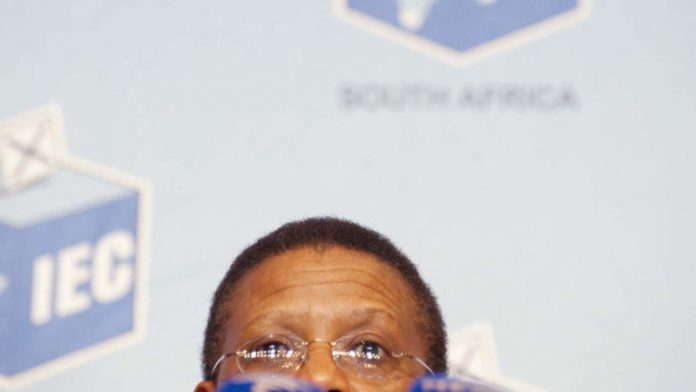 A company that should have been shortlisted in providing new headquarters for the election planning body is claiming R7.5-million from the IEC, the Mail & Guardian learned on Tuesday.

"A letter of demand has been issued through our attorneys," said David Hewer, chief executive of Midcity Property Group. IEC vice-chairperson Terry Tselane confirmed that the body had received the letter of demand, for R7 516 943.42.

Khwela City Property Services, a company within the group, was incorrectly excluded from the IEC's disastrous leasing procurement process to secure new premises in 2009.

Public protector Thuli Madonsela found in August 2013 that a lease deal in which IEC chair Pansy Tlakula was involved then as chief electoral officer was "irregular … and violated procurement rules".  The procurement was for the IEC's Riverside Office Park building in Centurion, Pretoria, to the tune of R320-million.

A subsequent forensic audit report by PricewaterhouseCoopers, commissioned by the treasury, made similar findings.

Incorrect info
The report also found that Stephen Langtry, Tlakula's then manager in the office of chief executive, provided incorrect information to the bid committee, which resulted in Khwela City being prejudiced against and excluded. Abland eventually won the bid. Tlakula's business partner in a separate company – Thaba Mufamadi – owns a stake in that company.

Mufamadi is also Parliament’s finance portfolio committee chairperson and an ANC member of Parliament. Madonsela found that Tlakula failed to disclose her business relationship with Mufamadi to her team at the IEC.

Khwela City was omitted from the shortlist in part because they could not meet a building occupation date of April 1 2010. However, the forensic audit noted that Abland, the company that was chosen, also failed on this count.

The forensic audit also found that had Khwela City been awarded the tender, the new offices would have been "cheaper" to rent for the IEC.

Hewer said their claim was based on the findings of the two reports, particularly the "irregularities concerning maladministration, in terms of the procurement with regards to the lease … and the fact that we were prejudiced as a tender party".

The amount being claimed was "around what was tweeted" said Hewer, referring to a tweet by United Democratic Movement (UDM) leader Bantu Holomisa on Monday night, referring to the legal action:

"#IEC in trouble. Today, the company,#Khwela City, which was robbed by #Tlakula's decision is claiming R8m from #IEC. Raise ur hand #ANC," tweeted Holomisa.

The UDM leader originally blew the whistle on the leasing deal, leading to an investigation by the public protector.

Forfeit
Asked why his lawyers were claiming an amount of about R8-million, Hewer said it was what the company had forfeited in terms of commission on the ten-year lease, together with interest from when the IEC would have taken occupation, if Khwela City had won the bid. The owners of the building would have paid the commission.

The letter of demand was issued under the ambit of the "Institution of Legal Proceedings Against Certain Organs of State Act 40 of 2002", which regulates the claiming of debts from any state or constitutional body, like the IEC.

The IEC had thirty days to respond to the letter, according to the Act.

Tselane, who has been tasked with dealing with communicating about the leasing deal in Tlakula’s place, said the matter has been referred to the IEC's legal counsel.

The latest shock to the body comes on the back of workers threatening to go on strike if Tlakula does not resign, just weeks before the country's fifth national democratic election. A number of small political parties, led by Holomisa, also called for Tlakula's resignation on Tuesday last week. The incident has caused tensions among the five commissioners leading the IEC and damaged the body's previously impeccable reputation.

A chance to ‘reimagine South Africa’

President Cyril Ramaphosa is set to announce the government's long-awaited economic stimulus plan to deal with the effects of Covid-19. The key will be getting loans for a stimulus without ‘selling’ the country.
Read more
Politics

For two years the man parachuted into a City of Johannesburg department dealing with the biggest and most crucial contracts required to run the city has been suspending and sidelining top officials in an apparent effort to direct the outcome of multimillion rand tenders. We track down who this man is and why it had taken so long for the city to investigate him
Read more
National