Higher education is not a market place 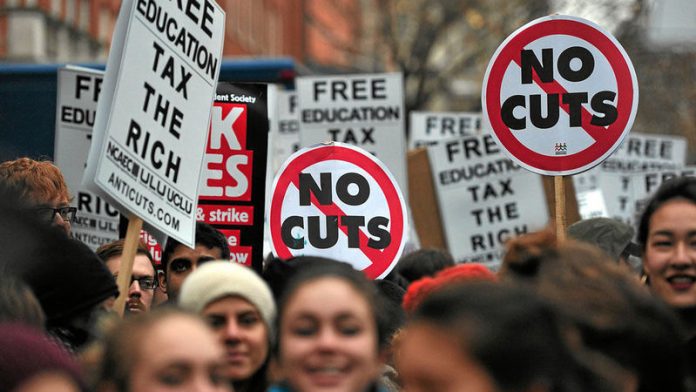 The highly contentious British student loans system is unravelling. Many predicted that it would, but the surprise, given its high profile and political toxicity, is that it is falling apart so fast: hopelessly flawed, it seems to be falling under its own weight.

Government has revealed that the write-off costs have reached 45% of the £10-billion in student loans made each year, all but nullifying any savings to the public purse made by the new fee system.

They started out with a £3 000 loan ceiling, which in fact became the norm. Then they hiked it up to £9 000, the better to lift the burden from the treasury and to give Britain — in the jargon beloved by ministers — world-class universities enabling it to compete in the global race.

What is actually happening seems very different, as the parliamentary admissions concede that the resource accounting and budgeting charge‚ indicating the level of likely default, is fast approaching the 48.6% mark.

At that point, experts say, the government will lose more money than it would have saved by keeping the old £3 000 cap.

Austerity
There is simple economics here; too many graduates chasing too few jobs in a labour market slimmed down by government austerity measures.

Many who have taken out the loans can't find jobs, so they don't pay, but those who do find employment are paid so little in an over-supplied market that they don't reach the threshold at which they have to pay. And, of course, those who can will arrange their affairs so that whether or not they become eligible to pay never becomes apparent. The market is a harsh place. Consumers soon tell you if the pricing policy is wrong.

But there shouldn't be such an aggressive pricing policy here at all. What we see are the sorry effects of incompetently applying crude market theory to higher education.

This government never saw a social activity it didn't think could be improved by exposure to market forces. That is its philosophical default position.

But marketising activity essential to the social fabric doesn't always work in practice. Markets are mechanical. They are incapable of making social and moral judgments. Politicians are supposed to control the markets to extract the best outcomes for society. But, in fact, the markets control our politicians.

Unpaid loans
There are many criticisms to be made and here are two: consider the damage to the public finances so far. On the basis of prices we have ourselves inflated, we pay £10-billion a year in loans. By 2042, £90-billion of the overall £200-billion in student loans will remain unpaid. That's a lot of schools, hospitals, rail lines, houses.

But also think of this; we are not long past the crash, probably the biggest global catastrophe of our age, caused by credit and debt and by the inability of people to understand the connection between virtual money they have never seen and real-life spending. The lesson we were told to draw from that was never again to get comfortable with unseen money and excess debts.

But, at the same time, we have sought to instil in a generation that living with debt is no big problem. It's not much, we tell them. You'll hardly notice. Oh, and by the way, why don't you also take out a mortgage?

Credit to them that so many see this for the sophistry that it is, for the whole debacle once again flags up a simple truth.

Education is a communal good, an economic necessity and a collective responsibility too important to be hived off to the markets. For the finance and organisation of such things, above other fripperies, we pay tax. — © Guardian News and Media 2014