Do you know where you’re going to? 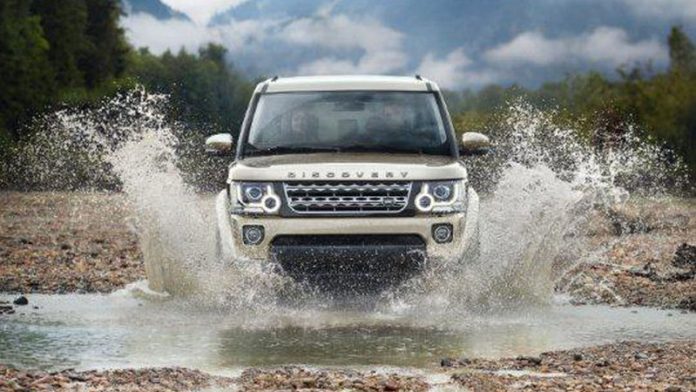 For 2014, the Land Rover Discovery has been given a new "face" and numerous detail exterior changes. The grille, front bumper and headlamps are all new, while new daytime running lights with a distinctive LED signature and a more premium execution to the fog lamp further enhance the Discovery’s appearance.

There are three types of headlights that are vehicle-grade dependent. XS and S models use bi-halogen bulbs with a single Daytime Running Lamp (DRL) while the SE gets Xenon headlamps with Signature DRLs and flagship HSE models get the Adaptive Xenon version. To complement the design, changes seen at the front of the vehicle and the rear light units receive a black mask for an especially clean look.

Two new alloy wheel designs have been introduced and, to give vehicles a heightened level of distinction, the optional "Black Design Pack" remains available for 2014 models, featuring revised detailing and a choice of 19-inch or 20-inch black alloy wheels. New colours that have been added to the palette include Corris Grey, Loire Blue, Scotia Grey, Chablis and Luxor.

In a change driven by form and function, the 2014 Discovery has redesigned exterior mirrors. They’re more aerodynamic than before, but also support the introduction of new technologies: they house the cameras for the surround camera system and the sensors for the all-new Wade Sensing system. In recognition of the Discovery’s established identity, the refreshed exterior design for 2014 also incorporates a change of identity.

For the first time ever, the "Discovery" name replaces "Land Rover" on the bonnet and the number 4 will be removed from the tailgate leaving just the word "Discovery". Engine badging moves from the tailgate to an ingot mounted on each of the front doors. The oval Land Rover logo is now in a richer shade of green, enhancing its prominence.

The Discovery’s breadth of capability has never been in question – a fact confirmed by an impressive average monthly sales figure of 185 (and a record figure of 398 in March 2013) since its introduction in 1989. With the launch of the new and improved MY14 range, Discovery looks set to continue to go above and beyond.