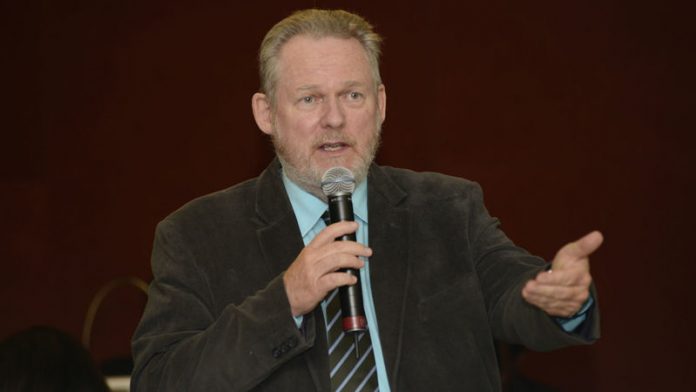 The choice of Mango Groove tunes to entertain guests at a breakfast discussion earlier this week on building an inclusive economy seemed oddly prescient. The band gained prominence around the time that South Africa was entering a new era of democracy and freedom, with its brand of Afropop seemingly transcending barriers thrown up by decades of apartheid.

The band’s broad appeal and cross-cultural sounds won it many fans and had the effect of suggesting a new, inclusive future. But it would be difficult to argue that, two decades later, this vision has been wholly achieved, particularly as it relates to economic participation.

The question of how the country can build an inclusive economy was therefore the subject of debate in Sandton on Tuesday this week. Hosted by the Mail & Guardian and sponsored by Metropolitan Health, Trade and Industry Minister Rob Davies presented the government’s vision, which was debated by a panel of experts.

This panel consisted of Satawu policy research officer Jane Barrett, independent economist Trudi Makhaya and political analyst Ralph Mathekga. The minister outlined government’s argument for the need to transform the economy as set out in the latest Industry Policy Action Plan that he had launched a day earlier.

“I think we need to bring about some fundamental and important structural changes in this economy,” he said.

“We need to reduce the extent to which we continue to be an economy inserted into the world economy as producers and exporters of primary mineral commodities and importers of finished, manufactured goods.”

There is little that is new in this stance, which was a point raised by audience members once the floor had been opened to questions. The sentiment was one of frustration at the slow pace of progress and at of industrialisation and inclusion still being topics of debate. Davies contended that despite this criticism, some tangible changes had occurred in the past 20 years — from the rise of middle class, the introduction of stringent labour rights and delivery of social infrastructure.

“What we need to do now, and have been doing for the past five years, is lay the base for perhaps more painful structural changes in our economy, where we make the move from being producers and exporters of primary products to rising up the value chain,” he said.

Makhaya suggested that making such a shift could involve “significant pain”, considering the extent to which many local value chains are dominated by monopolies. This had the effect of raising input costs and making importation a more attractive option.

“I often wonder why you would want to start a business in South Africa because of these issues and how you can negotiate with these oligopolies that dominate the market,” she said. She added that despite criticism of government support programmes for entrepreneurs not producing greater participation, the cause could be traced back to the barriers to entry. It was not surprising, therefore, that those with the means to do so were more inclined to buy into existing businesses than starting a new venture.

“For us to move away from that we will be to think about how you support the entrepreneurs moving into those markets to ensure they are sustainable and are able to take on the power structures,” she said.

Davies proposed that part of the solution to promoting industrialisation and value addition in the local economy lay in looking to Africa, not only as a market, but also as partners to achieve this goal collectively.

The government had actively been pursuing routes to promoting regional integration, he added. “The South African population is not a sufficient base for deep industrialisation. Where does that lie? It lies in the African continent… and the eventual destination of the continental free trade agreement. That is the kind of base around which not only South Africa, but also other parts of the continent, can industrialise. That is where our future lies,” he said.

Barret countered that while regional integration was a worthwhile pursuit, Cosatu was concerned about investment continuing to be funneled to the extractive industries.

“In a sense there is a second wave of colonialism happening right under our noses and it’s short-termism and is not sustainable. In our view it requires a loud voice to say: no, this is not the way to go, both in South Africa and continentally.”

On the question of government policy and the ability to bring about the transformation required, Mathekga said this was not a simple task and suggested that comparisons with China’s industrial and economic growth were misguided.

“The problem we have, which is a positive, is that we are democracy and the challenge is that it allows for different [views on] the policies we can devise that are subjected to contention in the public space,” Mathekga said. He added that the state was also constrained in its policy implementation by interest groups, including the international community, and that these factors in particular added pressure on how it was perceived by these external audiences.

One of the industrial policies, that Davies admitted was not necessarily popular, was the government’s stance on local procurement. He said despite opposition to this, examples of local bus and locomotive and wagon production demonstrated that local procurement was both possible and viable.

The question that remains to be answered is the extent to which the government’s latest industrial policy action plan can deliver on these goals. Will we still be mildly entertained by the strains of Mango Groove or will we be jiving to the rhythm of new industrial rock in five, 10 or 20 years?

This article is part of a larger supplement. All content has been sourced independently by the Mail & Guardian's Supplements editorial team.

A story of inclusion, innovation and transformation

As a company of Africa, for all South Africans, the Metropolitan Health story is built around the philosophy of inclusion.
Read more
Special Reports

As SA prepares to celebrate 20 years of democracy, it is fitting to reflect on achievements in the savings and investment arena.
Read more
Special Reports

A fundamental issue in SA is the huge disparity in income that is still prevalent across all sectors of the economy.
Read more
Advertising
Continue to the category
Politics