Pistorius trial: Only truth we know is that Steenkamp is dead 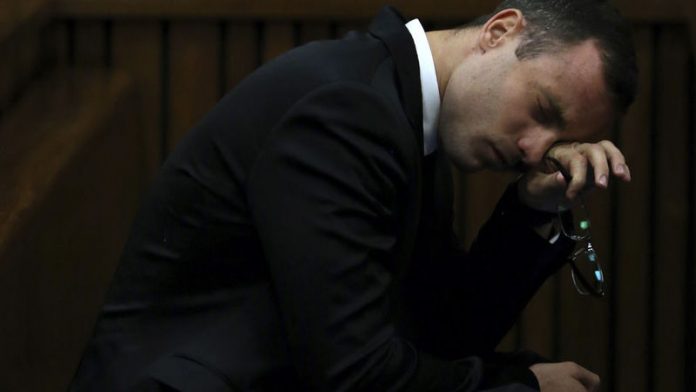 What her parents and all of us know is that the man on the dock is the one who pulled the trigger that led to her death. Of course it is not up to us to decide if a death is premature or not. It happens when it does in its own time. But when a tragic incident like the one on Valentine's Day 2013 happens to a young person in their prime, it is difficult not to look at their death as premature. It is as if her life was extinguished just as her star was beginning to shine even brighter. This is the tragedy her parents have to live with. And every day they are in court, they are confronted with the fact that a life they loved so much, a life with so much promise and hope, has been snatched away.

When Pistorius took the stand, he began by reading a statement apologising for shooting Steenkamp dead. In the apology, he said, "I wake up every morning and you're the first people I think of, the first people I pray for. I can't imagine the pain and the sorrow and the emptiness that I've caused you and your family.

"I was simply trying to protect Reeva. I can promise that when she went to bed that night she felt loved."

He did not protect her. If he had, we would not be where we are today.

As he read the apology, his voice sounded shaky and sincere. It was the voice of a man in pain. It is not as black and white as some people seem to have suggested on social networks: that he was acting or that he did not mean his apology.

Some said that his performance on the stand was worthy of an Academy award. (Yes, I'm trying to avoid the Oscar pun. Oh damn it, I didn't.)

He was not performing. He was being sincere; whether he knew the person behind the door was Steenkamp or not. If he didn't know it was Steenkamp, he is under severe strain and emotional pressure because he killed someone he loved and people think that he killed her deliberately.

If he shot at the door knowing that Steenkamp was behind the door, he feels remorseful because he realised the consequences of his actions. Was he in a fit of uncontrollable rage? But it is also possible that he is also just feeling sorry for himself, hence the emotional outpouring.

Whether Pistorius's actions were intentional or not, they were intended to kill. If we look at the Molemo "Jub Jub" Maarohanye case: Jub Jub did not deliberately kill the schoolchildren with his car. His reckless actions – of speeding and racing down a road children coming from school were walking on – was adjudged to be murder. Similarly, Pistorius has been charged with murder.

In South African law, there are three types of intent – direct intent, indirect intent and intent where the accused could have foreseen the possibility that someone could get killed, but continued with the act anyway. Firing four shots into a closed door when you did not make sure that the person who was with you that night was not the one behind the door appears to be intent. That is the reason Pistorius has been reluctant to answer prosecutor Gerrie Nel's question about whether the gun went off accidentally or not. Under cross-examination, he said it was a mistake.

"I made a terrible mistake," Pistorius told the court.

"You made a mistake?" Nel responded incredulously.

"You killed a person that's what you did, isn't it?" Nel came after him.

"I made a mistake my lady," Pistorius repeated.

"You killed Reeva Steenkamp, that's what you did." Nel reminded him about the result of his actions.

"I made a mistake my lady," Pistorius repeated.

"You're repeating it three times. What was your mistake?" Nel was relentless.

"My mistake is that I took Reeva's life." Pistorius repeated that he made a mistake.

"You killed her! You shot and killed her!" These were the first few sentences Nel aimed at Pistorius. He did not even start off gently. He went balls to the wall.

Then Nel said, "Say it, say I shot and killed Reeva Steenkamp."

"I did my lady," Pistorius responded.

Pistorius was mauled by Nel on Wednesday. There is no two ways about it. When court adjourned, Nel reminded Pistorius, "I am not going anywhere Mr Pistorius," judging by his line of questioning, he means it.

No matter what Pistorius had rehearsed with advocate Barry Roux, whatever script they had prepared, Nel came with his own very different script and shred and tore Pistorius's one apart. Pistorius's performance on the stand yesterday was that of a boxer who got knocked out on the first round and got up just before the ref had counted to eight – a flurry of fists whose impact left him bloodies from the very first fist. They were relentless.

On the day Pistorius took the stand, his former girlfriend, Samantha Taylor wrote on Twitter: "Last lies you get to tell. You better make it worth your while," then she deleted it.

In 2015, a protracted legal action was initiated after it emerged that animals had been starving on the multimillion-rand farm of Modise in 2014.
Read more
National

Duduzani Zuma to appear in court for culpable homicide