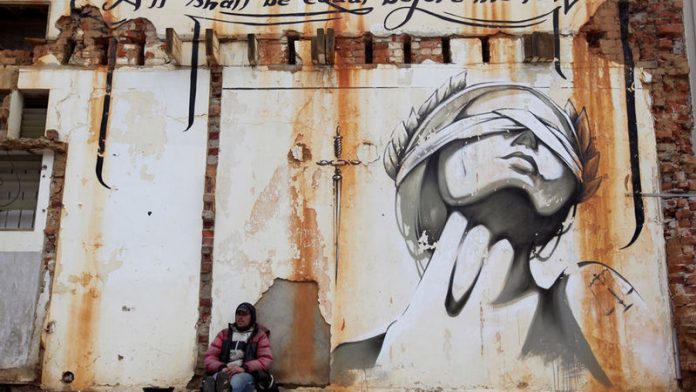 The Cape Argus on Friday published a shocking exposé on a new City of Cape Town plan to rid the city centre of people who live and make a living on the streets. Anyone who refuses to voluntarily participate in these "community village" rehabilitation programmes would be forcibly placed there through the community courts system.

In the Argus, however, member of the city's mayoral committee (Mayco) for social development, Suzette Little, said that it was "proposed for community villages to complement existing street people programmes and services". In fact, the way the city is spinning the idea is, according to safety and security mayco member JP Smith, "part of a general move towards a more caring and supportive approach in dealing with street people" and as an "alternative to a 'law enforcement' approach". In other words, Little and Smith are claiming that this new programme is about love, care and rehabilitation, rather than discipline and punishment.

But that is not how homeless rights advocates and others see the programme, which was presented as a "done deal" to city improvement district (CID) representatives in a private meeting on the March 15 this year.

According to a source (who asked to remain anonymous because his/her organisation's funding comes through the city), Little presented the programme to the CIDs in a very different light. In the said meeting, she dispelled any semblance of compassion by asserting that "food or jobs cleaning streets or recycling attracts them [street people] to the city, so we must start cutting them off".

Showing a lack of understanding and empathy for people who live on the streets, Little apparently exclaimed: "Dis lekker op die straat, dis a free party. [It's nice on the streets, its a free party]." (It is not as if Little has never gotten paid for having a party of her own: she was infamously caught playing Solitaire during a 2013 budget vote.)

In other words, Little wants to use a reported R40-million budget allocation for helping street people to put an end to all support initiatives in the city centre. This includes soup kitchens, recycling initiatives and even the religious Straatwerk jobs programme. As a result, this would make it hard for them to live on the streets and a new "Street People's Reintegration Unit" would encourage them to "go home" (nevermind the inconvenient truth that most often their home is the street itself).

'Blocking the pavement'
But if people living on the street refuse to go – because the freedom of movement and right to refuse work is their dignified right as per the anti-slavery provision in the Constitution – the unit, with the help of law enforcement will build a dossier against them of minor by-law infractions, such as "blocking the pavement", and eventually use the community courts to force them into these rehabilitation villages.

The source claims that twice during the meeting, Little let slip the word "camp" and had to correct herself. According to the source, "winking at her executive director for social development Ivan Bromfield", Little reportedly said that "he'd be angry if she uses the wrong words".

Why is the word "camp" a big no-no? Simply because it immediately brings to mind war-time forced labour camps, Chinese re-education camps and even the horrifying concentration camp. (If one remembers, the English pioneered the concentration camp against Afrikaners and black South Africans during the Anglo-Boer War).

This account of the private meeting with CID representatives is so important precisely because Little and Smith assumed they were preaching to the converted. In a private meeting to the representatives, they felt that they could be candid about their true intentions while assuming they generally already agreed with and actively participated in the criminalisation of street people.

This is not the first time the municipality has been caught trying to "cleanse" the city centre of street people. Smith, in fact, was instrumental in the winter readiness plan: the arrest and forced removal of hundreds of street people from around Cape Town Stadium in anticipation for the 2010 World Cup.

What is becoming more clear about this initiative is that rather than being caring and supportive, the city's plan is to use by-laws to strip away the little dignity this vulnerable section of the population has left.

It does not matter how rehabilitative these so-called villages will be – if the individual is not going there of his/her own free will, then it cannot be effective. By forcing street people into these villages, they are effectively incarcerating them for not having a roof over their head.

These villages are nothing more than glorified prisons a la the controversial Chinese Detox Centres; they are essentially presentable and unoffensive versions of Nazi forced-labour camps.

This time, however, its not Jews or homosexuals or communists that fascism has deemed a scapegoat for society's ills. Instead, it is merely street people whose freedom and dignity in this country don't count because their only home blocks a pavement in front of a nightclub and their "unsavoury" form of livelihood scares away the tourists.