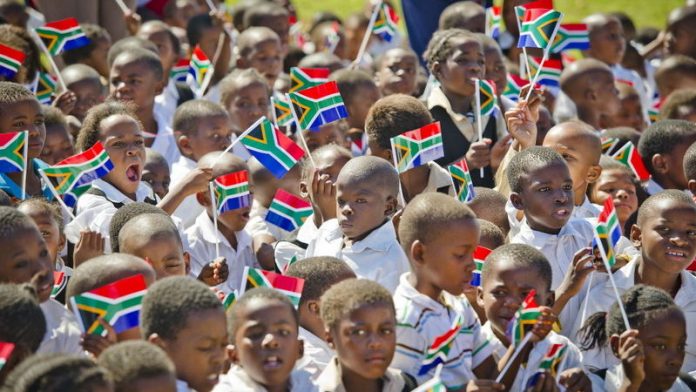 Children's rights to education, healthcare and services are not picketed and protested over nor considered an election issue by communities because they don't even know what children's rights are, nongovernmental organisations said on Tuesday.

"Mostly in rural areas and townships people don't even think of it as an issue, let alone an election issue," said attorney at the Centre for Child Law Karabo Ngidi, at a discussion hosted by Media Monitoring Africa (MMA) and the Institute for the Advancement of Journalism.

"They think of it as a threat, a way for children to attack their parents, like, 'children have a right to phone Childline', not as a way of protecting children," she said.

She was joined by Joan van Niekerk, Childline's national co-ordinator, and Guiliana Bland, director of the Jim Joel Fund, on a panel convened with the aim of "putting children's issues on the 2014 national and provincial elections agenda by raising questions that will be put to political parties", the MMA said in its programme.

Ngidi said civil society and the media needed to empower South Africans by informing them about children's rights and what those rights actually look like.

"We were working on the mud schools [legal] case in the Eastern Cape and we spoke to a 70-year-old man who said 'our children will have better schools because now we know what kind of schooling they are entitled to' … the Constitution protects children's rights and that's not going to change no matter what party is in power, unless it actually changes the Constitution."

Academic struggle
Bland said children up to the age of five "are the loudest in terms of noise, but silent in terms of having a political voice". If children were not mentally stimulated enough in this period, they were more likely to struggle academically in later years and eventually drop out of school, she said, yet "none of the manifestos speak about what the parties would do for children in this specific period".

If the "real work" is done at a provincial and district level, she questioned, what then would parties do to "make sure municipalities and district know how early childhood development budgets are spent".

Van Niekerk said children's rights were referred to in election manifestos mostly in reference to education. But generally, politicians and communities speak about these rights in terms of social grants for children.

"Political parties talk about grants a lot … which sometimes provide for a whole family," she said. "It's exploitative when politicians use social grants for children [while they campaign] without referring to other children's rights."

When a story about a child as a victim of violence has made it into the media, response from government and politicians is reactionary and children's issues became politicised, she said. When a child was raped or murdered, politicians called for "arrest and prosecution and action", yet there was no "comprehensive, coordinated plan" to address violence against children.

Violence and neglect
The breakdown of the family unit was a major contributor to violence and neglect of children but Van Niekerk acknowledged that families came in different forms to the traditional one father and one mother family. She wanted to know "what the most common form of families is" and what political parties would do to "strengthen these".

Ngidi said South Africans needed to access information about budgets and government spending on children, and the media needed to help them do that, "so people can say 'actually you do have the money for that'". "We need to ask: Is this an issue of budgetary constraints or is that [explanation] just a smoke screen?"

Bland, Van Niekerk, the MMA and other NGOs have started a campaign called Sizweni (hear us), which aims to "make children an election issue in 2014".

It hopes to do this by encouraging the media to ask politicians what their plans are to protect and promote children's rights, encourage communities to speak about children's rights, "make sure that when we vote, we vote not just for ourselves – but that we vote for those who can't – but who will live with who we vote for!"