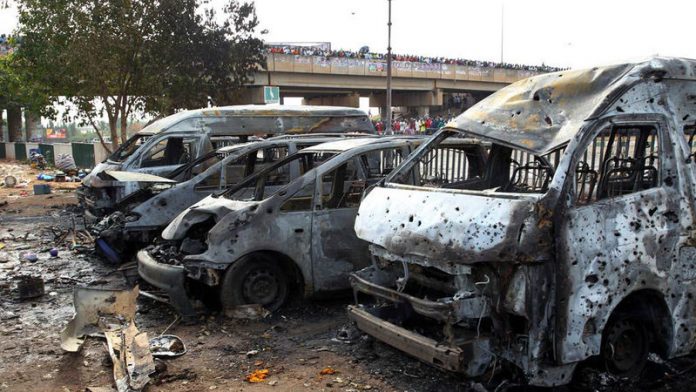 Nigeria will mount a massive security operation to protect a World Economic Forum (WEF) on Africa planned in Abuja next month, following the bomb blast by suspected Islamist militants on the capital's outskirts on Monday, the event's Nigerian hosts said.

"Our security planning for the World Economic Forum on Africa [scheduled from May 7 to May 9] is already well under way and will be the largest security operation ever mounted in this country for an international summit," Nigeria's Finance Minister Ngozi Okonjo-Iweala said in a statement sent to forum participants and seen by Reuters.

Monday's rush-hour bomb blast at a bus station at Nyanya, in Abuja, which killed 71 people and injured more than 100 others, was the deadliest ever attack on the capital of Africa's number one oil producer and what is now the continent's largest economy.

With President Goodluck Jonathan pointing the finger of suspicion at Islamist group Boko Haram, which is waging an anti-government insurgency in the north-east, the bombing has raised questions about the government's ability to protect the capital.

Referring to what it called Monday's "suspected act of terrorism", the statement said over 6 000 security personnel, consisting of police and army, would be deployed to guard the WEF Africa event in Abuja, securing an area the size of 250 square kilometres.

Assuring participants that they would be safe, the statement expressed "our deep commitment that these tragic events will not stop us from delivering on our promise to host a world-class meeting next month". It was also signed by Nwanze Okidegbe, chief economic adviser to Jonathan. – Reuters