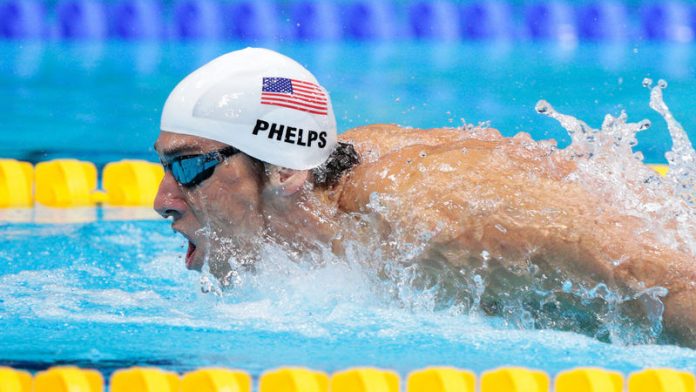 Olympic swimming superstar Michael Phelps, who retired from the sport after taking six medals at the 2012 London Olympics, will make his competitive comeback next week at a US Grand Prix series event in Mesa, Arizona, US Swimming announced Monday.

The American returned to the anti-doping test programme last year and his long-time coach, Bob Bowman, had indicated earlier that there would be a comeback, which could see the record 22-time Olympic medalist continue his career all the way to the 2016 Rio de Janeiro Olympics.

Phelps, who turns 29 in June, and fellow Olympic champions and world record holders Ryan Lochte and Katie Ledecky were announced as swimming in the Arizona event April 24 to April 26.

"As of today, I definitely expect him to swim," Bowman told USA Today on Monday. "We're looking forward to it. I think it'll be great for the sport to have Michael compete again. We really don't have any expectations for what might happen. We just want to have some fun with it and see how it goes."

It will be Phelps's first competitive meet since the 2012 London Games. Phelps won four golds and two silvers at London, giving him a record 18 gold medals, including an unprecedented eight in a single Games at the 2008 Beijing Olympics.

A possible target for Phelps would be the US Championships in Irvine, California, on August 6 to August 10. That will be the American team selection meet for the 2015 World Championships in Kazan, Russia.

Phelps training
Bowman said Phelps would likely concentrate on relays and shorter events, including the 100 metre butterfly and 100 metre freestyle. He is entered in both those events on the first day in Arizona.

"Those are both on the first day, and he'll probably try both of those [preliminaries] in the morning, see how it goes, and maybe do one final if he gets to the finals," Bowman said. "The next day, he's entered [in the 50 free] and will probably do a 50 butterfly. We don't know yet.

"After this, we can decide what he wants to do next."

Monday's news was not unexpected. Bowman told the American media last month that Phelps has been training an average of five times a week.

When speculation about a return began last May, Phelps would neither confirm nor deny at the time that he was considering trying to qualify for the Rio Olympics.

He rejoined the US Anti-Doping Agency's testing pool last year, and now that he's been available for testing for six months is eligible to compete.

'It's historic'
"It's historic, it's going to be a media spectacle," said Paul Smith, chief executive of the Mesa Aquatics Club where the meet will take place.

Bowman said on Monday that the timing was ideal for this.

"This meet happens to be at the right time," Bowman said. "He's eligible to swim in a meet, and he thought it might be fun to do one.

"We heard this was a great meet. I don't think it was something we had targeted; it came up at the right time." – AFP