Marikana cops ‘not happy’ with command 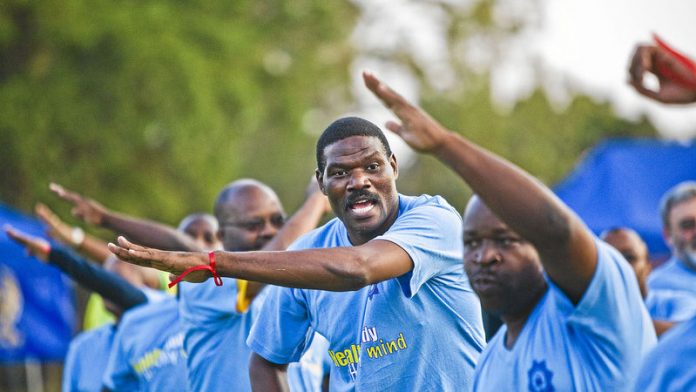 The police at Marikana were sufficiently trained, but were dissatisfied with the commander of the operation, the Farlam commission heard this week. Major General William Mpembe, the provincial deputy police commissioner, was that commander.

"The members were not happy that General Mpembe took over control of the operation of the 13th," Merafe told the commission this week. "The dissatisfaction of the members was that if the operation had not been taken away from me, there would not have been the eventualities that there were."

Three days later, the Marikana massacre occurred, in which police mowed down 34 of the striking mineworkers.

But Merafe also told the commission that "the commanders at this operation were mostly vastly experienced. I worked with a number of them … and some of them led operations where I know about their experience."

Disputing claims
Merafe's revelations dispute the claims made by Lieutenant Colonel Salmon Vermaak in a letter to the provincial police commissioner in December 2012.

In his letter, Vermaak said: "Members allow illegal actions at certain areas and the next day, they take steps against, for example, illegal strikers or marchers. These actions confuse the public. They neglect their responsibility to protect and serve."

But Merafe said: "Our members who were involved in this operation, all of them are aware of the applicable legislation under which they operate … I don't know where Vermaak gets his words from."

Despite this, however, Merafe admitted to problems in the public order police units (POPs) which he said contributed to the tragedy.

In an unsigned statement, written by Merafe in November 2012, which was found on a police hard drive, Merafe raised the issues of limited resources, the large number of strikes and unrest experienced in the Rustenburg area in 2012, the use of force by police and the training of POP members. "According to me, Marikana did not just spring up from the blue. Some of the things that I mentioned there had a contribution to what eventually became Marikana," he revealed.

Mr X
Meanwhile, Judge Ian Farlam ruled on Tuesday that police witness Mr X would be allowed to testify in camera from a remote location, but said the families of the deceased mineworkers may be present in the auditorium during the testimony. Farlam also rejected the police's request that injured and arrested persons be excluded from the auditorium during Mr X's testimony.

Two weeks prior to the testimony, the police will be required to disclose his name and a photo of him to evidence leaders and parties.

Mr X, who is under witness protection, was allegedly part of the group of protesting Marikana miners who underwent a ritual that included two sangomas. According to a statement made by Mr X, this was to protect the miners from police bullets and to make them "fearless".

He is expected to testify about the organisation and planning of the strike at Marikana, the intimidation and killing of employees who were unwilling to take part in the strike, and a plan to attack the police on August 16 2012, the day 34 ­mineworkers were killed.

"Only the commissioners, evidence leaders, parties, legal representatives and accredited media shall be present in the auditorium during the testimony," Farlam ruled.

It is not yet known when Mr X will testify.