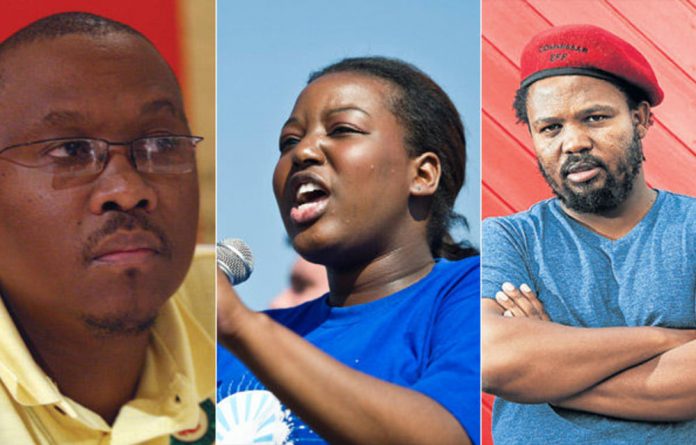 The Mail & Guardian will talk to the country's major political parties ahead of Freedom Day to find out what the issues are affecting the youth, and how future generations of South Africans will express themselves politically.

Join the M&G in this special hangout on Friday April 25 at noon. The hangout will feature representatives from the ANC Youth League, the opposition Democratic Alliance youth wing and leaders from the new entrant to the political scene, the radical Economic Freedom Fighters.

The party representatives we have chosen are drawn from those at the forefront of their parties, but also those who have a reputation for being independent and spirited thinkers. The debate will be moderated by M&G journalist Verashni Pillay.

South Africa's fifth general elections are just two weeks away, but the ones who have benefited most from 20 years of democracy don't seem that interested.

The country's "born-free" generation – those born after 1994 – have dismal registration rates. Just 35.5% of them have registered to vote, with more than a million opting not to, according to figures provided by the Independent Electoral Committee.

Send us your questions for the various political parties and we'll put it to their representatives.

You can watch the video on this link when it happens, or on our YouTube channel or Google Plus page.

The presidency has announced that Jacob Zuma has been sent home from hospital to rest for a few days following a gruelling election campaign.
Read more
National

The president has been released from hospital after a small health scare. But he can ill afford to rest after years of watching his back.
Read more
National

Gauteng's ANC Youth League has announced it will march to the M&G for being a "willing propagandist of a counter-revolution against the ANC".
Read more
National

The DA leader says reports that she said she "made" Lindiwe Mazibuko were distorted and leaked from a party meeting with an agenda.
Read more
National

The final legislature lists released on Friday revealed an interesting dynamic when it came to gender and the ANC's choices for premiers.
Read more
Advertising